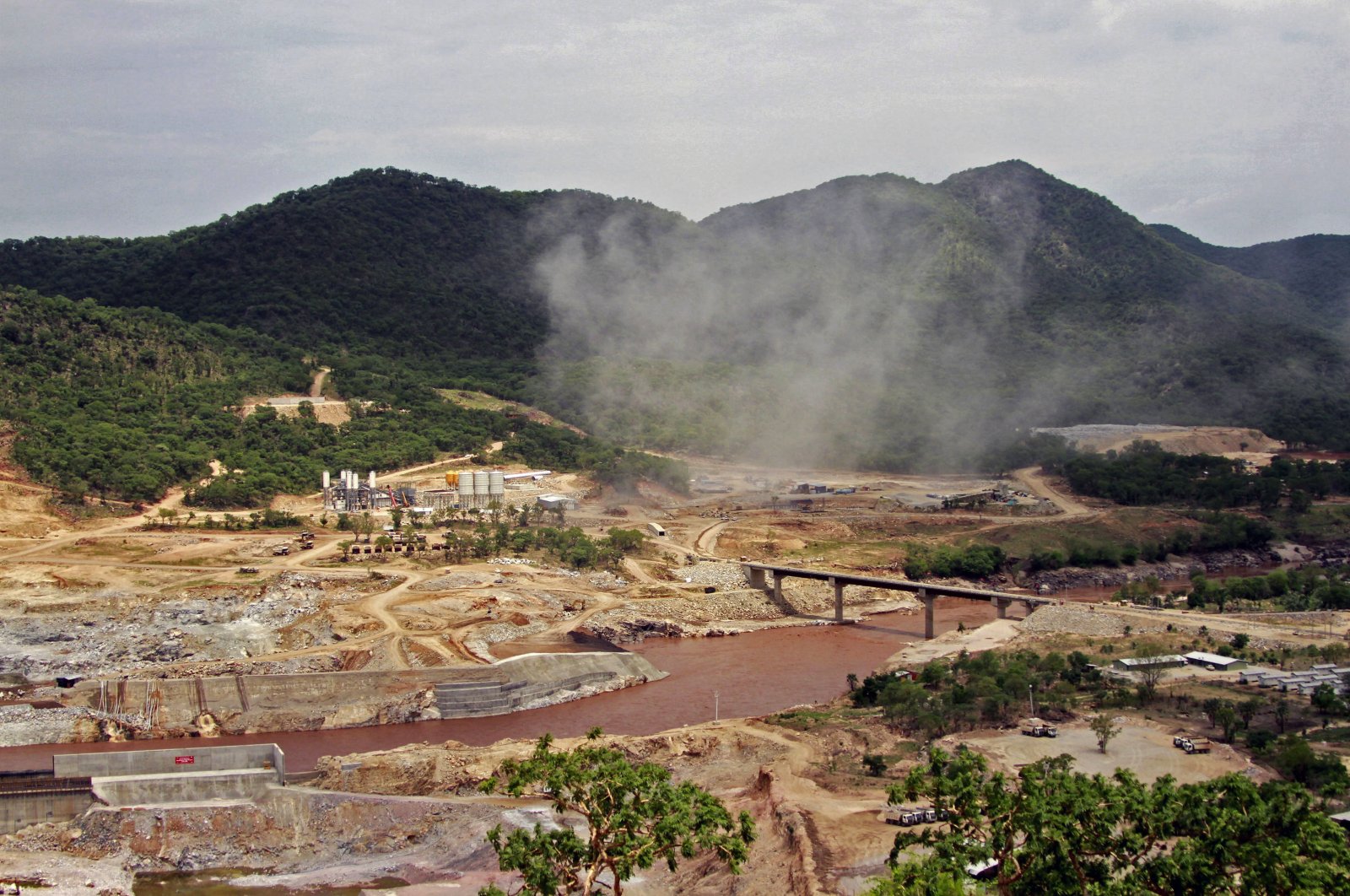 The Blue Nile river flows near the site of the planned Grand Ethiopian Renaissance Dam near Assosa in the Benishangul-Gumuz region of Ethiopia, near Sudan, some 800 kilometers (500 miles) from the capital Addis Ababa, June 28, 2013. (AP Photo)
by French Press Agency - AFP
Oct 24, 2020 10:37 am

Ethiopia vowed Saturday not to "cave in to aggressions of any kind" after U.S. President Donald Trump lashed out over the country's Nile River mega-dam and suggested Egypt might destroy it.

"Nonetheless, occasional statements of belligerent threats to have Ethiopia succumb to unfair terms still abound. These threats and affronts to Ethiopian sovereignty are misguided, unproductive, and clear violations of international law," his office said in a statement.

"Ethiopia will not cave in to aggressions of any kind," the statement added.

A separate version of the statement issued in Amharic featured more muscular language.

"There are two facts that the world has certified. The first is that there has been no one who has lived in peace after provoking Ethiopia. The second is if Ethiopians stand united for one purpose, it's inevitable, they will triumph," it said.

Abiy's office did not explicitly mention Trump, but its statement came the morning after the U.S. president weighed in on the dam dispute in support of Egypt.

"It's a very dangerous situation because Egypt is not going to be able to live that way," Trump told reporters in the Oval Office Friday during a ceremony marking a breakthrough normalization deal between Israel and Sudan.

"They'll end up blowing up the dam. And I said it and I say it loud and clear – they'll blow up that dam. And they have to do something," Trump said.

Egypt depends on the Nile for about 97% of its irrigation and drinking water and sees the dam as an existential threat.

Ethiopia, meanwhile, sees the dam as essential for its electrification and development.

Washington's attempt to broker a deal to resolve the dam issue ended in failure earlier this year after Ethiopia accused the Trump administration of favoring Egypt.

Negotiations between Ethiopia, Egypt and Sudan are now being overseen by the African Union.

The U.S. announced last month it was suspending a portion of its financial aid for Ethiopia, citing lack of progress on talks and Ethiopia's "unilateral decision" to start filling the dam's reservoir.