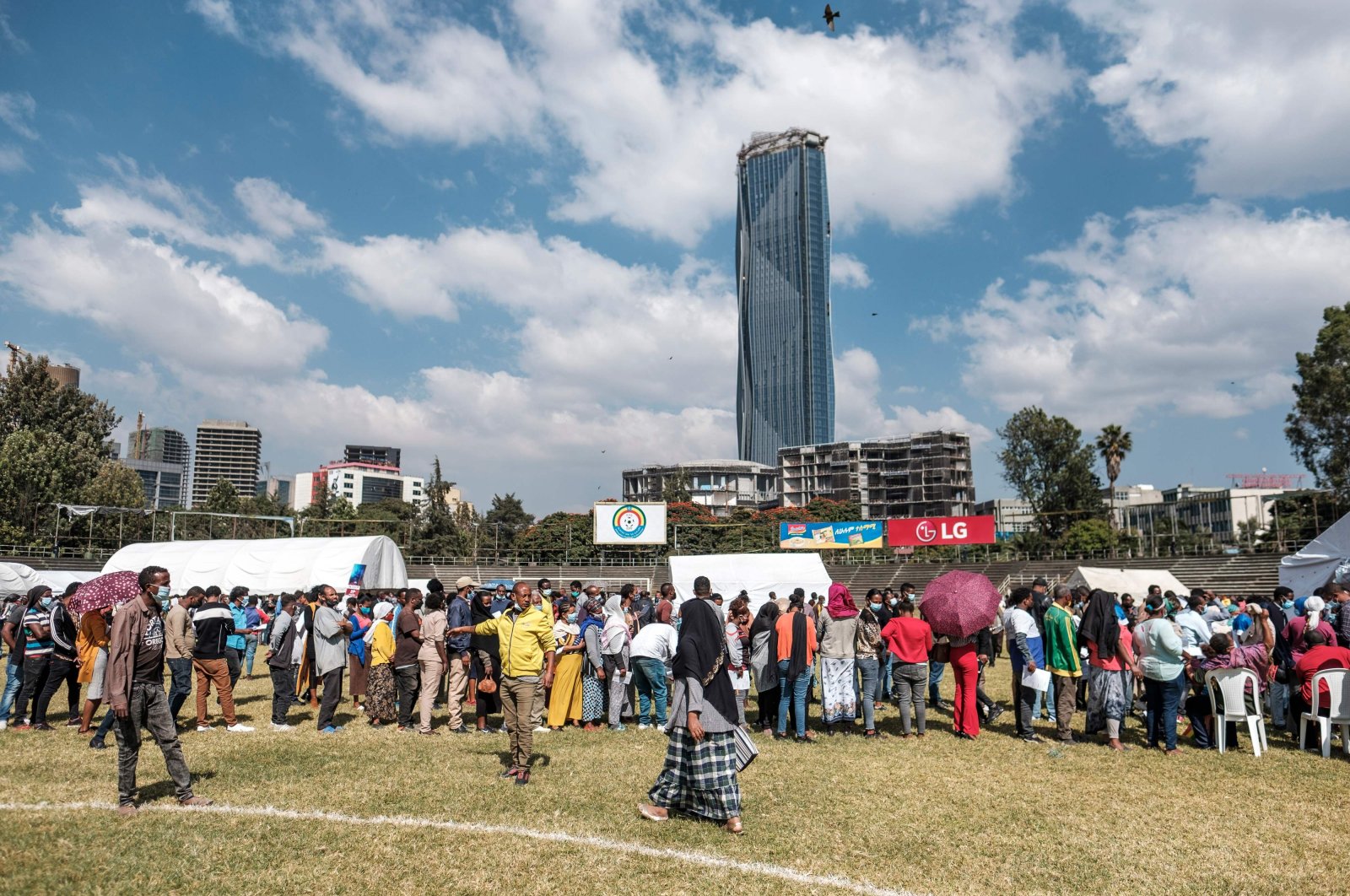 Hundreds of Ethiopians gathered Thursday to donate blood for troops fighting in the northern Tigray region, as officials tried to rally support for a week-old conflict Prime Minister Abiy Ahmed said was going his way.

Ethiopian police said on Thursday that 242 operatives for the Tigray People's Liberation Front (TPLF) had been arrested in the capital Addis Ababa on suspicion of plotting to "sow chaos."

Hundreds have died and thousands have fled the country since Abiy, last year's Nobel Peace Prize winner, sent troops and warplanes into Tigray last week after a monthslong feud with the TPLF. The leader of Ethiopia's northern Tigray region said government air strikes had killed an unspecified number of civilians in recent days and vowed to defend his people until federal authorities realize "we cannot be subjugated by their knife," as reported by Reuters.

Abiy said the TPLF, which dominated Ethiopian politics for nearly three decades before he took office in 2018, had crossed a "red line" and attacked two federal military bases, a claim the party denies.

Tigray has been under a communications blackout since the military operation was launched on Nov. 4, making it difficult to verify the situation on the ground as both sides make conflicting claims.

In a Facebook post Thursday, Abiy said government forces had "liberated" the western zone of Tigray, made up of six zones, plus the capital and its surroundings.

Abiy also accused TPLF-aligned fighters of "cruelty," saying that when the army took control of the town of Sheraro they "found bodies of executed defense force personnel whose hands and feet were tied."

Under Abiy, Tigray's leaders have complained of being unfairly targeted in corruption prosecutions and removed from top positions. Tensions soared as Tigray defiantly held its own elections in September, insisting Abiy was an illegitimate leader after national polls were postponed due to the coronavirus. The conflict has seen multiple rounds of airstrikes targeting arms and fuel depots along with heavy fighting in western Tigray.

The United Nations said Wednesday some 11,000 Ethiopians had sought refuge in neighboring Sudan, and Ethiopia has acknowledged some of its troops at one point retreated into neighboring Eritrea, highlighting the conflict's potential to draw in the wider Horn of Africa region.