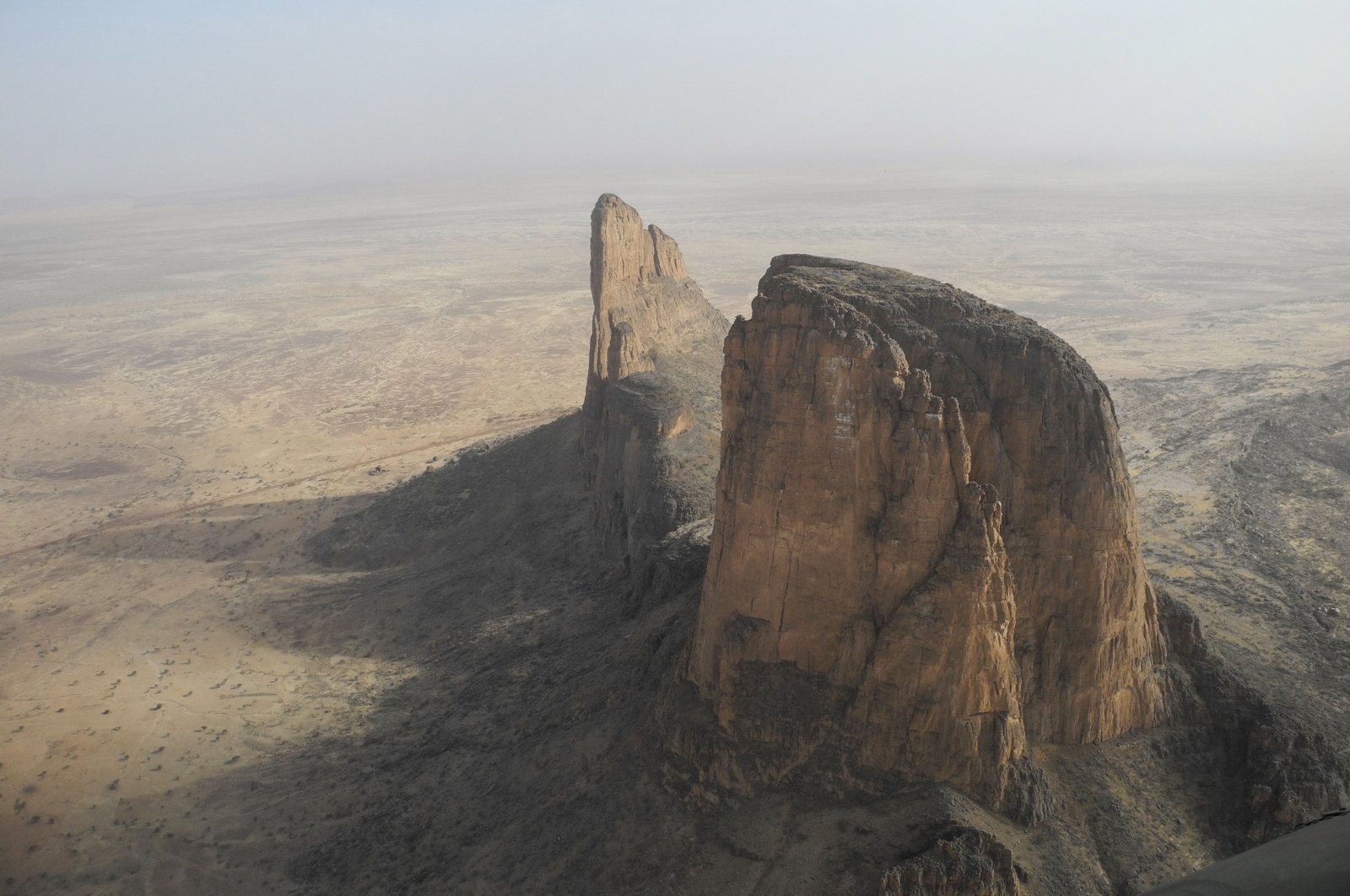 An aerial view of Mount Hombori from a Chinook helicopter during the start of the French Barkhane Force operation in Mali's Gourma region. March 28, 2019 (AFP Photo)
by Anadolu Agency Jan 04, 2021 4:31 pm
RECOMMENDED

France will reconsider its military strategy in the Sahel region and will likely reduce the number of troops deployed as part of Operation Barkhane after significant military successes in 2020, the country's defense minister said.

Responding to a question about the 600 additional soldiers brought in to reinforce the 4,500-strong Barkhane troops last year, Florence Parly told daily Le Parisien in an interview published Monday, "We will most likely have to adjust this device: a reinforcement by definition is temporary."

A decision will be made at the next joint summit of France and the G5 Sahel, the West African regional counterterror force, which includes Burkina Faso, Mali, Mauritania, Niger and Chad. The summit will be held in February in N'djamena, the capital of Chad, by President Emmanuel Macron and the heads of the armies, she said.

But in the wake of two recent attacks that left five French soldiers dead, she conceded that security remains an issue due to the "pernicious methods of guerrilla warfare" adopted by terrorist groups.

"At this very moment, we are working on the evolutions of the Barkhane force in the coming months."

She ruled out any negotiations with terror groups "which murder indiscriminately and have blood on their hands," but expressed willingness to engage with those who have "laid down their arms and who are not motivated by a radical and criminal ideology," under the 2015 framework of Algiers agreement for peace and reconciliation which is yet to be implemented.

Parly brushed aside criticisms from the opposition on the practicality of the operation launched nine years ago and of France lacking support in its fight against terrorism.

In the coming months, she said, the Takuba force, a special joint force of European and American troops, will be fully operational in the region and ready to fight alongside the Malian armed forces, in particular in Menaka, an active sector for al-Qaida and its affiliated groups, where the recent attacks took place.

Since the launch of Operation Barkhane in 2013, 49 French soldiers have died.

Last week, five French soldiers were killed and others injured in two separate incidents after their armored vehicle hit an improvised explosive device in Mali, according to the French minister of armed forces.

More than 5,000 French soldiers are deployed under Operation Barkhane which is led by France alongside the G5 Sahel countries to fight against terrorist groups in the region, particularly al-Qaida in the Islamic Maghreb and Daesh in the Greater Sahara.