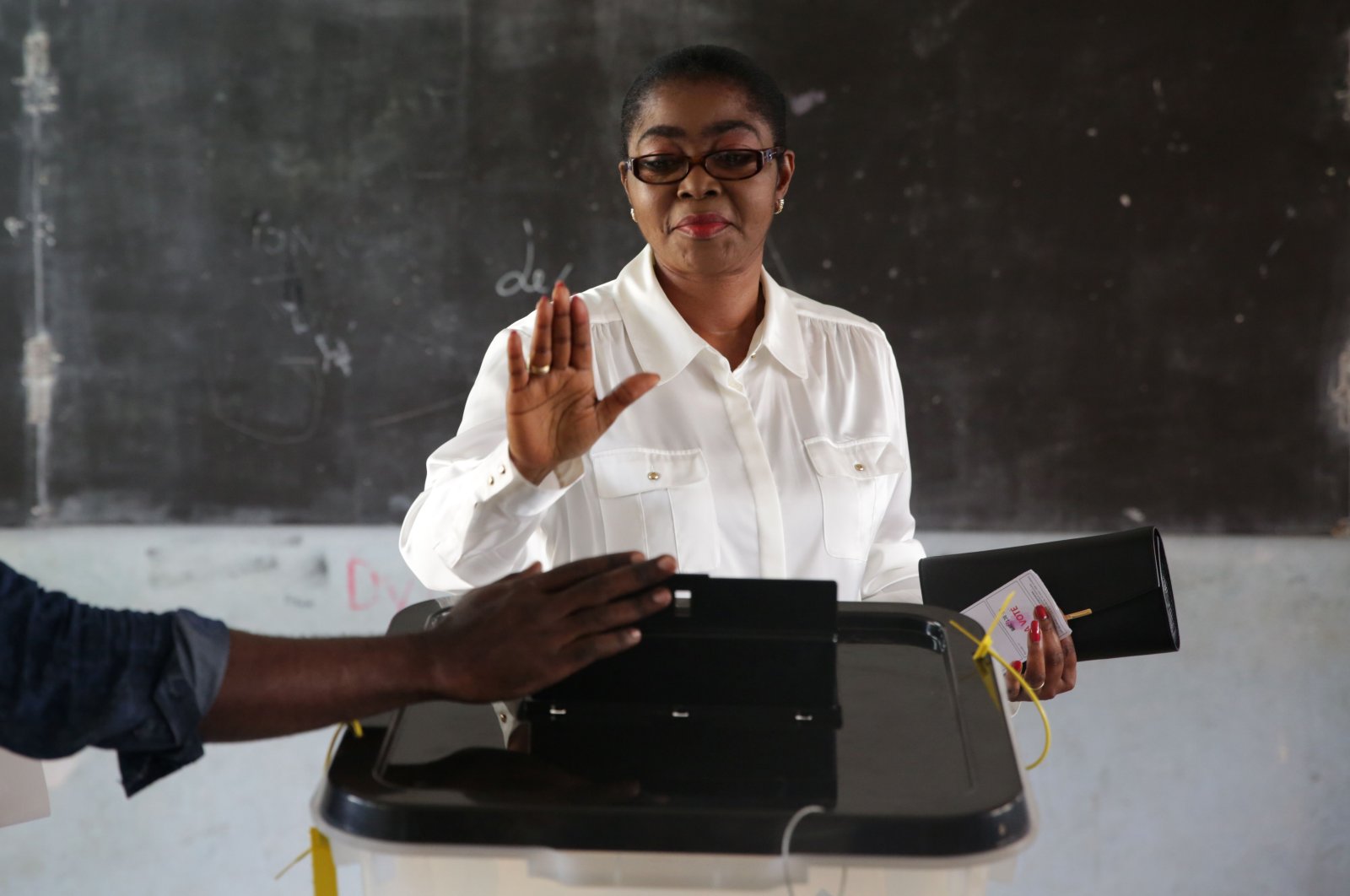 Mayor of Libreville and Gabonese Democratic Party (PDG) candidate for the local elections, Rose Christiane Ossouka Raponda, casts her vote at a polling station in Libreville, during the first round of the country's legislative and municipal elections, Oct. 6, 2018. (AFP)
by Anadolu Agency Jul 16, 2020 7:01 pm

President of Gabon Ali Bongo on Thursday appointed Rose Christiane Ossouka Raponda as the country's first-ever female prime minister, the Secretary-General of the Presidency of the Republic Yves Teale confirmed.

Since February 2019, Ossouka Raponda served as the defense minister. She was also the first woman mayor of the capital Libreville elected back in 2014.

Her appointment comes at a time when Gabon is facing a health crisis due to the coronavirus pandemic, coupled with an economic crisis linked to drops in oil prices, one of the main resources in the Central African country.