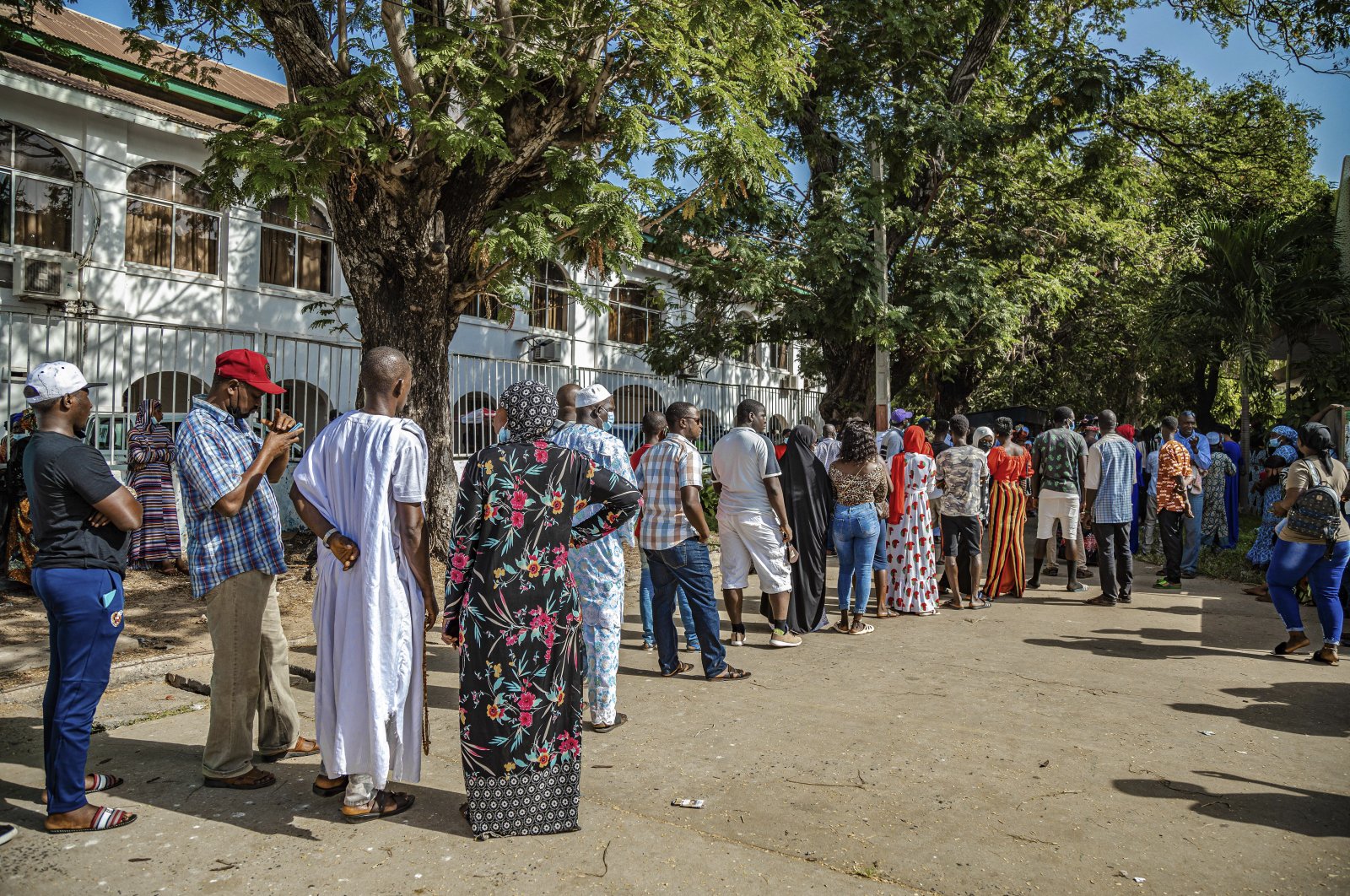 Polls opened in West African country Gambia on Saturday with voters using a unique voting system, marbles dropped into each candidate's ballot drum in a tightly fought presidential election seen as a test of stability and democratic progress.

Gambians showed up to vote in high numbers for the first presidential election since former President Yahya Jammeh was voted out of office in 2016, a milestone seen as a test of democracy in the country.

Nearly 1 million voters were expected to drop marbles into one of six ballot bins, each adorned with the face and name of a candidate.

Jammeh, who was defeated by an opposition coalition that backed current President Adama Barrow, fled to Equatorial Guinea in 2017 after refusing to accept defeat.

The candidates include incumbent President Adama Barrow, who defeated Jammeh in 2016 while running as the candidate for an opposition coalition. Barrow, a 56-year-old former security guard and property developer, cast his vote in a crowded polling station in the capital, Banjul, accompanied by his two wives.

"I'm happy to see a large turnout from Gambian voters," he said after voting, adding that he was confident of victory.

Darboe called for calm after the vote, urging his supporters in the tourism-dependent nation not to respond to any provocation.

"Remember, we are in the tourism season, the slightest disturbance in this country will drive away all the tourists," he said.

Before the polls opened, officials carried the voting drums outside to show the queues of voters that they were empty.

Gambians are comfortable with using glass marbles to vote, said Mamadou A. Barry, an official at the Independent Electoral Commission (IEC).

The system, which was introduced in the 1960s to avoid spoilt ballots in a nation with a high illiteracy rate, is "transparent and fair," Barry said.

Other candidates include Essa Mbye Faal, who served as chief counsel of Gambia's Truth, Reconciliation and Reparations Commission that chronicled the abuses of Jammeh's rule, and Mama Kandeh, who came third in 2016 and is backed by Jammeh.

As campaigning wrapped up on Thursday, hundreds of jubilant Barrow supporters gathered in downtown Banjul for a final rally, hoping another Barrow term would secure stability as Gambia seeks to put 22 years of Jammeh rule behind it.

Critics, however, say Barrow has broken his promises, pointing to how he backtracked on a pledge to serve only three years after winning in 2016. Barrow has argued the constitution requires him to serve out a full five-year term.

All the presidential candidates have vowed to strengthen the country's tourism-dependent economy in the aftermath of the coronavirus pandemic so fewer Gambians feel compelled to travel the dangerous migration route to Europe.

While the 2016 election that removed Jammeh from power after 22 years saw Gambians go from fear to elation, many are still not satisfied with the progress the nation has made.

Jammeh left Gambia in 2017. His two-decade rule was marked by arbitrary arrests, enforced disappearances and summary executions that were revealed through dramatic testimony during Truth, Reconciliation and Reparations Commission hearings that lasted for years.

Last week, the commission handed its 17-volume report to President Barrow, urging him to deliver on expectations in ensuring that perpetrators of human rights violations are prosecuted. Barrow said he would ensure justice is done.

Still, a Barrow reelection is uncertain as many Gambians feel betrayal after his National People’s Party reached a deal with the top figures of the former ruling party, despite Jammeh’s split with that party.

Gambians, used to violence surrounding polls, worry about a possible confrontation between Barrow and Darboe supporters, as the years have seen a great divide between the two leaders who were once close.