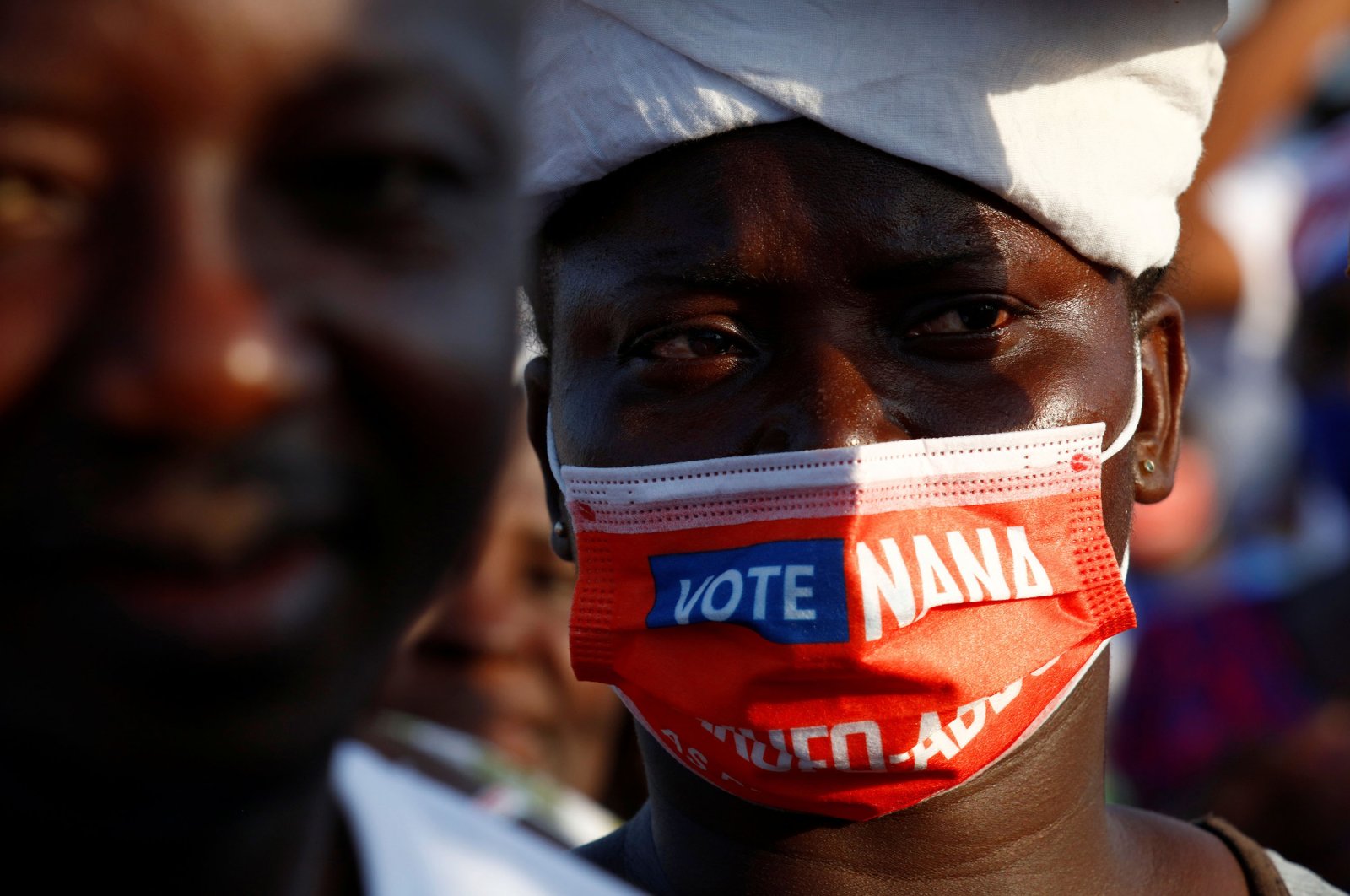 A supporter of Ghana's President Nana Akufo-Addo attends the final electoral campaign ahead of the presidential and parliamentary elections, in Accra, Ghana Dec. 5, 2020. (Reuters Photo)
by French Press Agency - AFP Dec 07, 2020 8:25 am
RECOMMENDED

More than 17 million people are eligible to vote in presidential and parliamentary elections in Ghana on Monday with the race for the top job expected to be a close-run fight between incumbent Nana Akufo-Addo and longtime opponent John Mahama.

Nestled along the Gulf of Guinea, Ghana – long a beacon of democracy and stability in west Africa – has ensured peaceful transfers of power on seven occasions since it returned to democracy nearly 30 years ago.

The two major parties have always accepted electoral outcomes and pursued any grievances through the courts.

To ensure its continued tradition of peaceful polls, Akufo-Addo, 76, and Mahama, 62, on Friday signed a symbolic peace pact.

They are among 12 candidates, including three women, who are running.

"In view of the happenings on the continent, and, indeed in West Africa, the entire world is looking up to us to maintain our status as a beacon of democracy, peace and stability," Akufo-Addo said in a televised address on Sunday evening.

Voters will cast their ballots for a new president and members of parliament for 275 constituencies between 7 a.m. and 5 p.m. at 38,000 polling stations across the nation.

Ghana has made giant strides over the past two decades, becoming the world's second-largest cocoa-producing country, but many still live in extreme poverty with scarce access to clean water or electricity.

Hit hard by the pandemic, growth in the nation of 30 million people is expected to fall this year to its lowest in three decades, to 0.9% according to the International Monetary Fund, a steep decline from 6.5% growth in 2019.

Akufo-Addo of the New Patriotic Party (NPP) and Mahama of the National Democratic Congress party (NDC) have faced each other at the ballot box three times already.

The incumbent has been given high marks for his handling of the pandemic and his record on free education and improving access to electricity.

But he has disappointed some in his performance on tackling graft – the key issue on which he was elected four years ago.

Despite this, corruption is a difficult issue for Mahama to latch onto, as he himself left office under a cloud of graft allegations.

Mahama has also been criticized for poor economic decisions and racking up unsustainable debts.

But the skilled communicator has brushed aside the criticism, making ambitious promises to build infrastructure, create jobs and modernize the country.

A bold move by Mahama was picking former education minister Jane Naana Opoku-Agyemang as running mate, the first woman on the ticket of a major party.

The winner will have to secure 50% of votes plus one. Results could be known as early as 24 hours after polls close, although the electoral commission said the time frame was not set in stone.