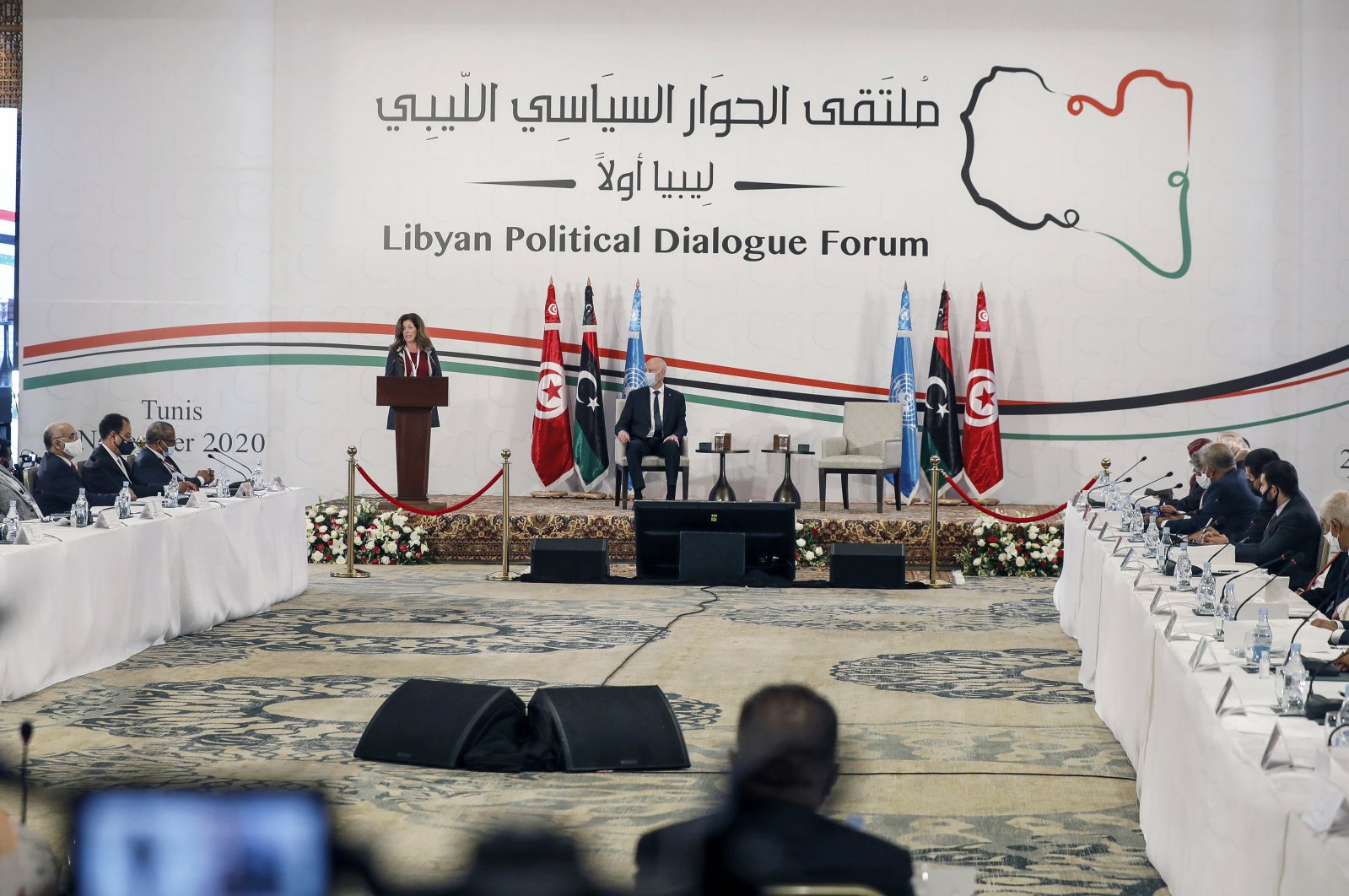 Libya's warring sides agreed Wednesday to hold elections within 18 months, according to the head of the U.N. Support Mission in the country.

The decision came during the U.N.-sponsored Libyan Political Dialogue Forum (LPDF), which began Monday in Tunisia between representatives of the internationally recognized Libyan government and putschist Gen. Khalifa Haftar.

"The participants of the LPDF reached a preliminary agreement on a road map for ending the transitional period and organizing free, fair, inclusive and credible parliamentary and presidential elections," Williams said.

"They outlined clear steps for reaching these elections, including agreement on a constitutional basis," she added.

Elections will be in no more than 18 months, Williams said.

Williams said the agreement is a version of the Skheirat Agreement, which envisions a political process in Libya.

"The road map also outlines steps for uniting Libya's institutions, restoring public services, and to begin a very important process of national reconciliation and transitional justice and to quickly address the issue of those displaced inside and outside Libya," Williams added.

The scope and authority of the government and Presidential Council, which will manage the transition process, were also discussed during the meeting, Williams said.

The progress in the talks was welcomed by Ankara on Thursday, as Turkey's defense minister highlighted the country's support for Libyans.

"We are supporting the rightful cause of the Libyan people. Our aim is to contribute to the formation of a Libya that lives peacefully, in stability with territorial integrity that is founded on the basis of 'Libya belongs to Libyans,'" Defense Minister Hulusi Akar said.

The LPDF is a fully inclusive intra-Libyan political dialogue established by the Berlin Conference Outcomes, which were endorsed by U.N. Security Council Resolutions 2510 (2020) and 2542 (2020).

Participants invited to the forum are drawn from different constituencies based on the principles of inclusivity and fair geographic, ethnic, political, tribal and social representation.

The meeting came at a time when an overwhelming sense of hope has emerged in Libya after the signing of a permanent countrywide cease-fire agreement between the Libyan parties on Oct. 23 in Geneva.

Williams called it "an important turning point towards peace and stability in Libya."

The talks in Tunisia, which aim to create a road map toward elections and appointing a temporary government to oversee the transitional period, will charge the new administration with the responsibility of providing vital services to a country torn apart by war, economic crisis and the coronavirus pandemic.

The U.N. is also convening meetings of a joint military commission with five representatives from each side near the cease-fire line in Sirte.

However, Wednesday's talks were overshadowed by the shooting and death of a prominent lawyer and women's rights activist in the eastern city of Benghazi the previous day.

Hanan al-Barassi, a vocal critic of corruption, abuse of power and violence against women, was killed in broad daylight by unidentified armed men.

"Her tragic death illustrates the threats that face Libyan women as they dare to speak out," Williams said.

Bemoaning a "crisis of accountability" across Libya, she called for the persecution of the killers but declined to comment on whether the lawyer's death was linked to the talks.

"There will be obstructionists. There will be people who don't want change," she said. But, she added, most Libyans "have an overwhelming desire to reclaim their sovereignty and restore the legitimacy of their institutions."

Human Rights Watch (HRW) on Wednesday called for authorities in eastern Libya to "promptly investigate the apparent politically motivated killing" of Barassi. "The killing of an outspoken lawyer in broad daylight in Benghazi will send chills through activists across the region," said Hanan Salah, a senior Libya researcher at the New York-based HRW.

"This brutal killing smacks of a cold-blooded execution," she said. "Armed groups in Benghazi seem to think they are invincible and immune from accountability. The authorities there need to prove them wrong and ensure that they face justice for their crimes."

Barassi was buried the same day in a Benghazi cemetery. Images of her funeral were widely shared online, some showing her tombstone reading "martyr for truth."

Moments before she was killed, Barassi had been broadcasting a live Facebook video in which she criticized allies of Haftar and vowed to reveal their alleged crimes.

As the talks continued yesterday under the shadow of the brutal murder, the main topic shifted to the withdrawal of foreign forces.

An array of foreign powers have backed Libya's warring parties, notably Russia and the United Arab Emirates (UAE) on Haftar's side and Turkey on the side of the GNA.

The GNA on Tuesday accused the Wagner group, a Russian paramilitary organization accused of backing Haftar, of preventing its delegation from landing at the Qardabiya air base, a large military installation south of the city that occupies a strategically vital position on the central Mediterranean coast.