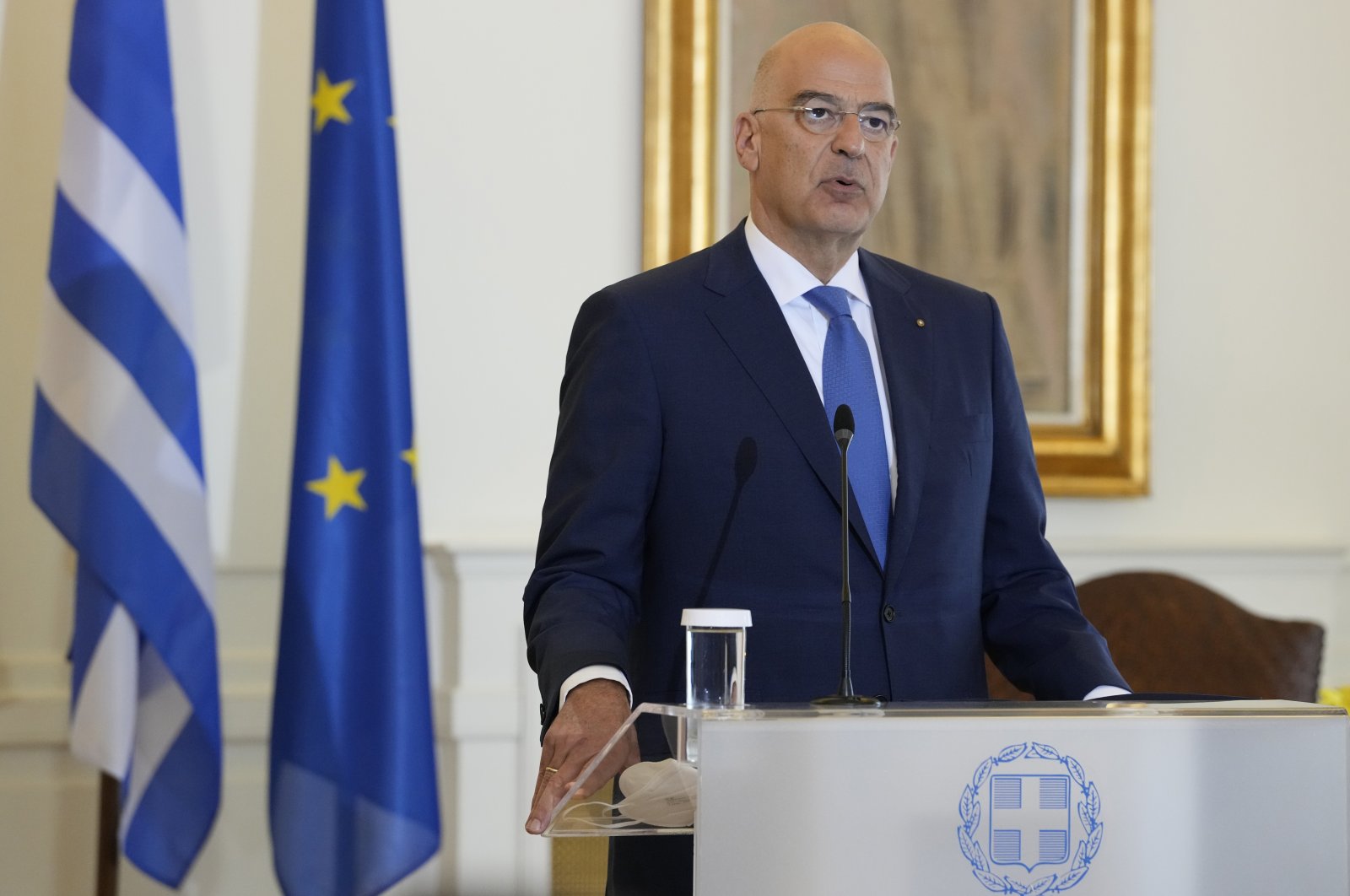 Greek Foreign Minister Nikos Dendias speaks to the media during a press conference after a meeting with his Turkish counterpart Mevlüt Çavuşoğlu in Athens, Greece, Monday, May 31, 2021. (AP Photo)
by DAILY SABAH Jun 04, 2021 11:01 am
RECOMMENDED

Greece Thursday voiced its dissatisfaction to the United Nations due to Berlin’s decision not to invite Athens to a conference on Libya this month in the German capital.

“In (a) phone call, I discussed (the) developments in Libya with U.N. SG Special Envoy Jan Kubis. Ι expressed dissatisfaction at Germany's decision not to invite Greece at the Berlin Conference meeting. Co-operation with U.N. Refugees in Libya also in focus,” Greek Foreign Minister Nikos Dendias wrote on Twitter.

Germany and the U.N. plan to host a conference on Libya, a gathering that aims to bring together powers with interests in the North African country and its transitional government.

The agenda for the June 23 conference includes discussions about preparations for elections in December and the withdrawal of foreign forces from Libya.

The Berlin meeting will take place at the level of foreign ministers and follows up on a January 2020 conference where leaders agreed to respect an arms embargo for Libya and to push the North African nation's warring parties to reach a full cease-fire. Germany has tried to act as an intermediary.

The Berlin conference will mark the first time that the Libyan transitional government is represented at such an event, the German Foreign Ministry said in a statement.

Libya has been mired in chaos since a NATO-backed uprising toppled and later killed longtime dictator Moammar Gadhafi in 2011. Afterward, the oil-rich country was long divided between a U.N.-supported government in the capital, Tripoli, and rival authorities based in the country’s east.

In April 2019, eastern-based putschist Gen. Khalifa Haftar and his forces, backed by Egypt and the UAE, launched an offensive to try and capture Tripoli. Haftar’s 14-month campaign collapsed after Turkey stepped up its military support of the U.N.-backed and internationally recognized government.

An October cease-fire agreement that included a demand that all foreign fighters and mercenaries leave Libya within 90 days led to a deal on the December elections and a transitional government that took office in February.