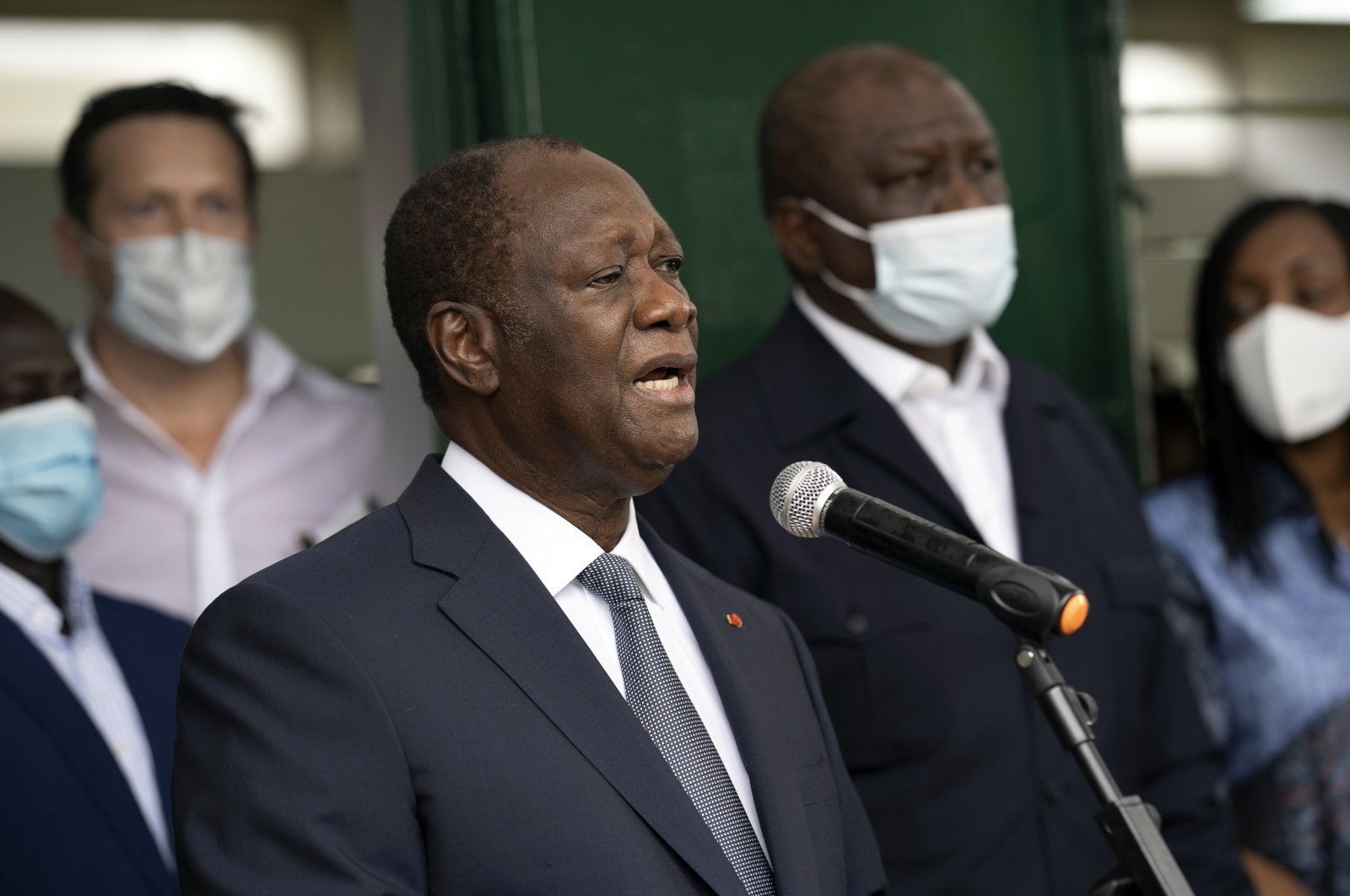 Ivory Coast President Alassane Ouattara has provisionally won a third term in office with 94.27% of the vote, the electoral commission announced early on Tuesday, after a bitter election that sparked deadly violence and was boycotted by opposition voters.

The results have to be validated by the country's constitutional council which will declare the final winner after hearing any challenges or complaints of irregularities.

Two major opposition candidates on the ballot had asked supporters not to take part in Saturday's election, in protest at Ouattara's decision to run. Their parties said whole swathes of the country had not participated.

Opposition activists say Ouattara's decision to seek a third term was a further blow to democracy in West Africa less than three months after a military coup in neighboring Mali, and a successful third term bid by Guinea's President Alpha Conde.

Ouattara, 78, received over 90% in most districts, although the opposition said his bid was an illegal attempt to hold onto power.

The Ivorian constitution limits presidents to two terms, but Ouattara says the approval of a new constitution in 2016 allowed him to restart his mandate.

The disagreement led to clashes in the lead up to the vote, in which at least 30 people died. At least five more were killed on Saturday, officials said.

The world's top cocoa-growing country was spared the widespread violence that many feared would erupt during voting, but many Ivorians fear that the country could experience longer term unrest.

A brief civil war following a disputed election in 2010 killed over 3,000 people.

The Carter Center, which monitored Saturday's election, said the political and security situation made it difficult to organize a credible vote.

"The electoral process excluded a large number of Ivorian political forces and was boycotted by part of the population in a volatile security environment," it said in a statement.

The opposition candidates who boycotted the vote – former President Henri Konan Bedie and ex-Prime Minister Pascal Affi N'Guessan – have said they will not recognize an Ouattara victory.

In a joint statement on Monday evening, they announced the creation of a transitional council presided by Bedie.

"The council will have a mission to prepare the framework for a credible and transparent presidential election. It will name a government in the coming hours," N'Guessan said in a news conference.

On Monday, gunshots were heard in the upmarket Cocody neighborhood of Abidjan, the commercial capital, shattering the tense calm that had prevailed through election day and the day after, witnesses said.