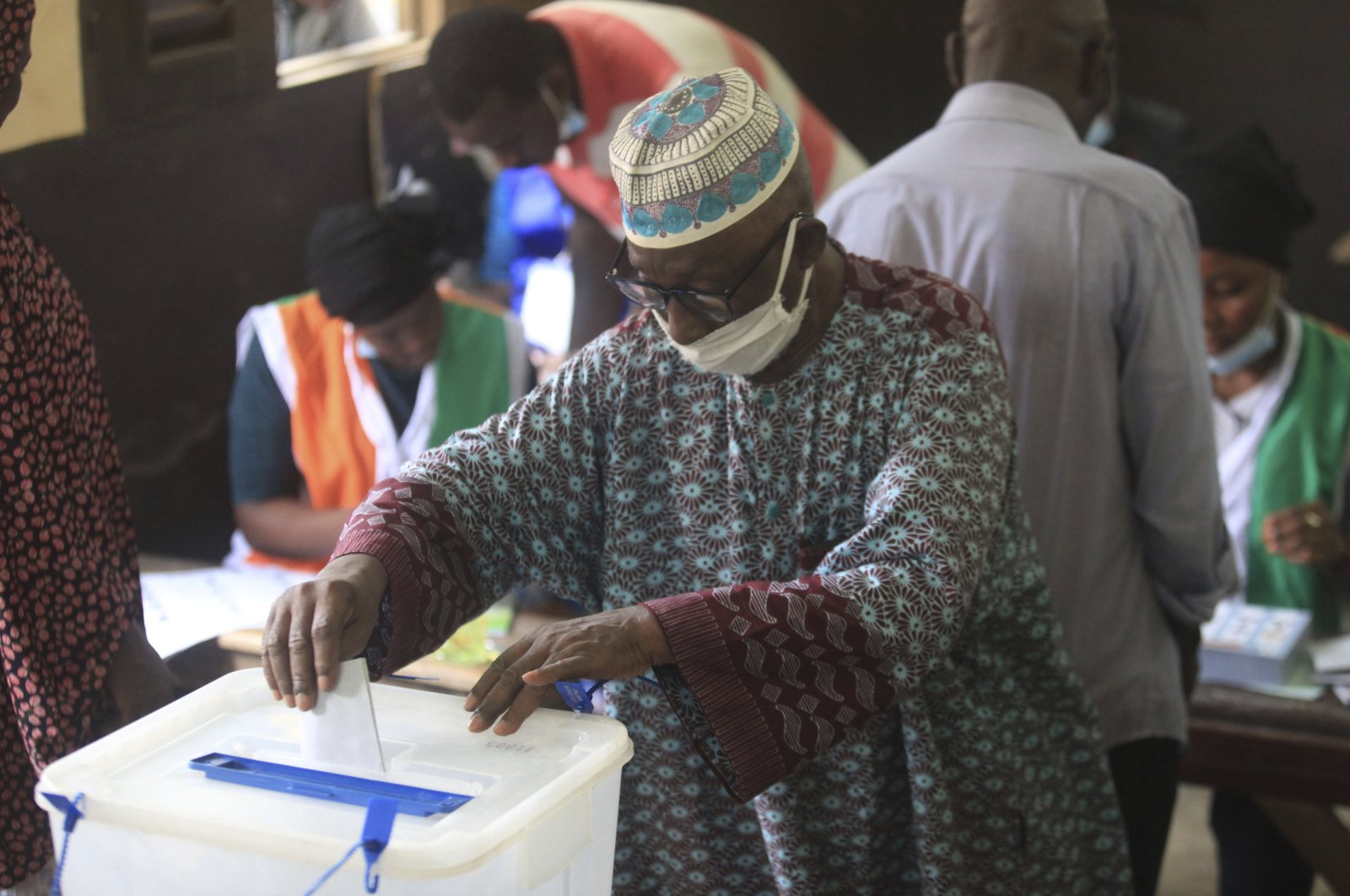 Ivory Coast President Alassane Ouattara has taken a commanding early lead in his bid for a third term, winning all 20 of the voting districts that were announced by the electoral commission on Sunday.

Ouattara, 78, won 99% of the vote in eight of the districts announced from Saturday's vote, most of which are ruling party strongholds. There are 108 districts in total, more of which are expected to be announced on Sunday evening.

The president is expected to win re-election after opponents called for a boycott of the vote in protest of what they say is an illegal bid to hold onto power.

Clashes erupted in Ivory Coast in August when Ouattara said a reform allowed him to bypass a two-term presidential limit to run again, angering the opposition who called it an "electoral coup".

Pre-election violence that killed at least 30 and the opposition protest have stoked fears of a repeat of the 2010-2011 crisis when 3,000 people died after then president Laurent Gbagbo refused to accept defeat by Ouattara.

N'Guessan said they rejected the election and believed Ouattara's mandate was over, calling for Ivorians to mobilize.

Ouattara said on Saturday the election went ahead with only isolated incidents and his ruling RHDP party added it expected the Ivorian leader to win.

Scattered unrest, vandalized voting material and some closed polling stations were reported mostly in opposition strongholds during Saturday's election though Ouattara had appealed for calm.

The tense election in French-speaking West Africa's top economy is the latest test for a region where Guinea and Tanzania are caught up in post-election disputes, Nigeria is emerging from widespread unrest and Mali suffered a coup.

The standoff over Ouattara's third term once again pits the ex IMF economist against old adversary former president Henri Konan Bedie, one of the feuds between ageing leaders that has marked Ivorian politics for decades.

"This is really a difficult situation.... The crisis has not been resolved by the election," said Professor Arsene Brice Bado at Abidjan's CERAP research institute.

"The winning party needs to find ways to start a new dialogue."

At least two people died in clashes on Saturday in central Tiebissou and Oume, a security source said, though a local mayor of Tiebissou said four were killed in his town.

On Saturday, protests degenerated into clashes between ethnic communities who back rival political factions in Tiebissou, Oume, Yopougon, a poor Abidjan district, and in the western town of Gboguhe, according to witnesses.

According to the office of Tiebissou's mayor, a member of Ouattara's party, some of the 27 injured in the town had gunshot and stab wounds.

The country's political feuds are often linked with ethnic identities and regional loyalties - in part dating back to the 2002 civil war that split the country in between north and south.

"October 31 was not the deluge as the leaders of the opposition forecast," Adama Bictogo, a senior ruling party official, said after the election.

"The popular will was expressed and all the opposition did for months was defend the idea of not holding elections."

Officials have up to five days to announce the results but the electoral commission is expected to start releasing initial tallies on Sunday.

Opposition leaders on Saturday already dismissed the election as a failure and several opposition figures, including exiled former rebel chief Guillaume Soro, announced they no longer recognized Ouattara as president.

Ouattara, 78, had said after his second term he planned to make way for a new generation but the sudden death of his chosen successor prompted him to seek a third term.

The Ivorian leader says a constitutional court ruling approved his third term, allowing him to reset the country's two-term presidential limit according to a 2016 reform.

Bedie, 86, and other opposition leaders had accused the electoral commission and the constitutional court of favoring the government, making a fair vote impossible.

The weeks before the election saw clashes, mainly between local ethnic groups close to the opposition and Dioula communities seen as loyal to the president, himself a Muslim from the north.

When Ivory Coast emerged from civil war after 2002 the country was split in two, the north held by rebels and the south by forces of then-president Gbagbo.

After negotiations, Ouattara won a long-postponed election in 2010 although Gbagbo refused to accept defeat.