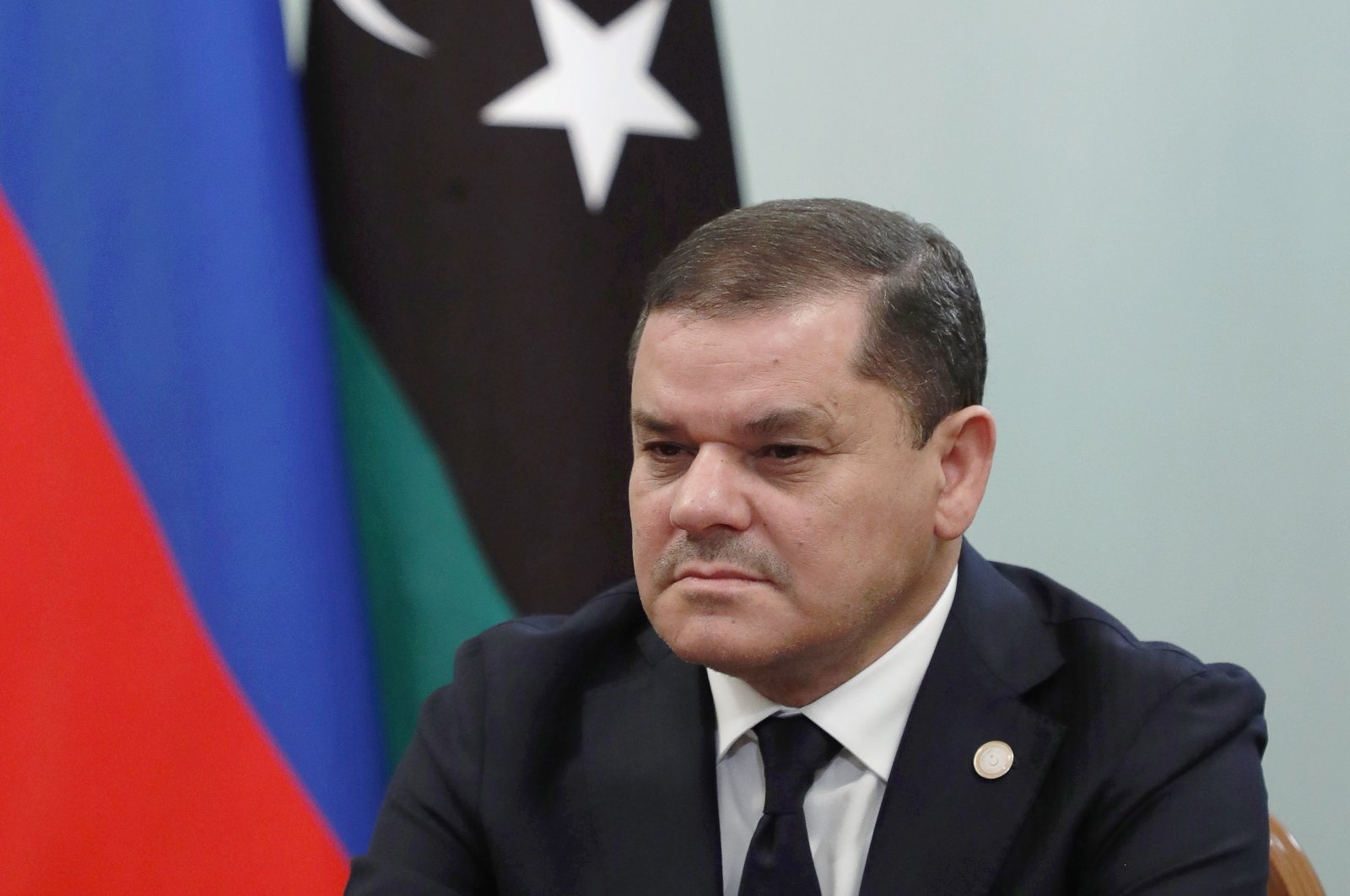 The Prime Minister of the Libyan Government of National Unity, Abdul Hamid Dbeibah during a meeting with Russia's Prime Minister Mikhail Mishustin at the House of the Russian Government, April 15, 2021. (TASS via Getty Images)
by Anadolu Agency
May 31, 2021 12:46 pm

According to Dbeibeh's office, the prime minister said Algeria "had not interfered in Libyan affairs during the past 10 years," adding that "Libya views Algeria as an elder brother."

Meanwhile, the Algerian Presidency confirmed in a statement that Dbeibah asked Tebboune to participate in the Libyan national reconciliation because Algeria is "qualified to lead and support" the reconciliation process.

According to the statement, Tebboune reiterated his country's "continued support to national reconciliation in Libya" and to reopen its airspace and land border with Libya, which have been closed since 2014.

Dbeibah arrived in Algeria Saturday on his first visit since he took office for talks on a wide range of issues, including strengthening security cooperation between the two countries and combating terrorism and cross-border crime.

His office also noted that he expressed Libya's desire to strengthen and develop its relations with Algeria in various fields and at all levels.

In April, Algerian Foreign Minister Sabri Boukadoum underlined during a visit to Tripoli the importance of pursuing efforts to restore security and stability in neighboring Libya and consolidating bilateral relations.

Libyans hope the new unity government will end years of civil war that have engulfed the country since the ouster and killing of strongman Muammar Gadhafi in 2011.