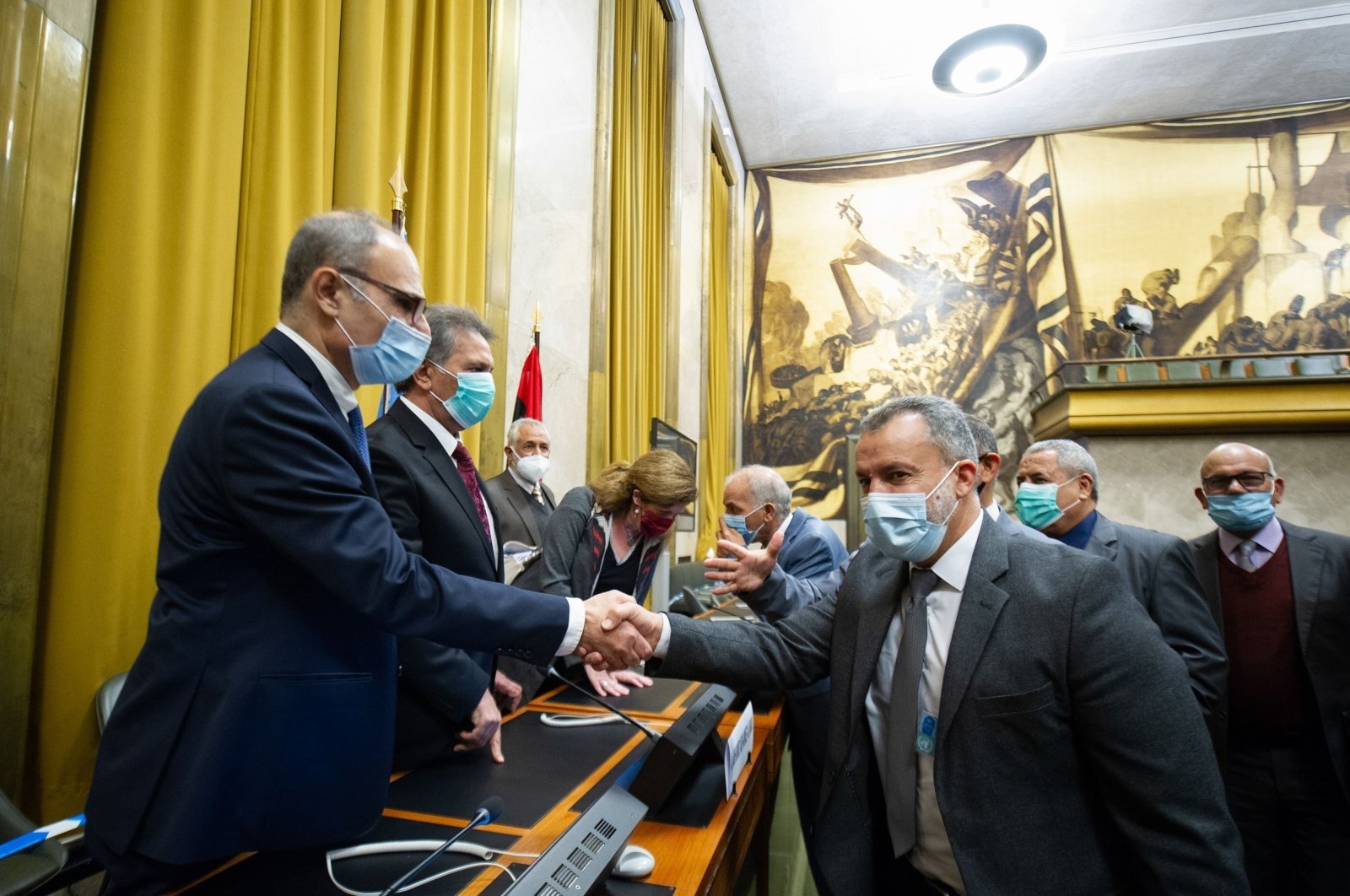 The United Nations Support Mission in Libya (UNSMIL) said late Saturday that a joint military commission with representatives from the two parties to the country's conflict will meet this week on Libyan soil.

The Nov. 2-4 talks will be the first time the two sides have met inside the country, the UNSMIL said.

"Participants will initiate discussions in the implementation of the cease-fire agreement," the U.N. said, referring to an Oct. 23 deal signed in Geneva.

Talks will take place in Ghadames, a desert oasis some 465 kilometers (290 miles) southwest of the capital Tripoli, near Libya's borders with Algeria and Tunisia. The talks will be attended by the U.N.'s acting Libya envoy Stephanie Williams.

Libya for years has been dominated by armed groups and divided between two bitterly opposed administrations: the U.N.-recognized Government of National Accord (GNA) based in the capital Tripoli and another in the east backed by putschist Gen. Khalifa Haftar.

In the Libyan conflict, tensions escalated further when Haftar forces launched an offensive in April 2019 trying to capture the legitimate government-held capital, Tripoli. Haftar’s campaign collapsed in June when forces backing the GNA, with Turkish support, gained the upper hand.

Haftar is supported by the United Arab Emirates (UAE), Russia, Jordan and Egypt, while the GNA is backed by Turkey and the wealthy Gulf state of Qatar.

In the face of Haftar’s aggressions, Ankara and Tripoli last year reached two separate memorandums of understanding (MoU), one on military cooperation and the other on the maritime boundaries of countries in the Eastern Mediterranean. Within this scope, Turkey has started providing military training to 120 Libyan soldiers.

“As in the meetings in Istanbul, Moscow and Geneva, we support U.N.-led negotiations, the Turkish Defense Ministry stated on Sunday in a briefing.

“The foundation laid for a political solution through the negotiations was made possible thanks to Turkey’s support to Libya until today,” the ministry pointed out.

Underlining that military training and consultancy services would continue, the ministry stated that Turkey is on the side of the internationally recognized Libyan government.

Most recently, the U.N. Security Council (UNSC) last week ratified a cease-fire hammered out between Libya's warring parties on Oct. 23, calling on both sides to "implement the agreement in full."

"The members of the Security Council welcomed the permanent cease-fire agreement" signed in Geneva under the aegis of the U.N. and called on "the Libyan parties to abide by their commitments."

UNSC also called on the two sides "to show the same determination in reaching a political solution" when they meet to discuss the issue further on Nov. 9 in Tunisia, the declaration added.

Williams announced at the end of the military talks in Geneva that the cease-fire would start immediately and that all foreign fighters must leave the country within 90 days. She called it “a moment that will go down in history.”

Thousands of foreign fighters have been brought to Libya, according to U.N. authorities monitoring an arms embargo against Libya. The experts said in their latest report that 11 companies also violated the arms embargo, including the Wagner Group, a private Russian security company that the panel said in May provided between 800 and 1,200 mercenaries to Haftar.

The UNSC press statement last week recalled the resolution it adopted on Sept. 15, demanding that all countries enforce the widely violated arms embargo and withdraw all mercenaries from Libya. It also emphasized the importance of the commitment of the participants at the Berlin conference to comply with the arms embargo “and to refrain from intervening in the armed conflict or in the internal affairs of Libya.”

Ahead of the deal, talks in Egypt and Morocco resulted in positive steps by the warring sides, including a preliminary agreement aimed at guiding the country toward elections within 18 months and demilitarizing the contested city of Sirte. They also agreed to exchange prisoners and open up air and land transit across the country’s divided territory.

Following the cease-fire agreement, a commercial plane from Tripoli landed in the eastern city of Benghazi – the first in 18 months.

Turkey questioned the credibility of the cease-fire deal. President Recep Tayyip Erdoğan said: "The cease-fire agreement is not one at the highest level. Time will show how long it will persist at a lower level."

Libyan Prime Minister and GNA leader Fayez Sarraj also held talks on Saturday with Williams on efforts to reach a political solution to the Libyan crisis.

According to a statement by the GNA, the two sides agreed that the intra-Libyan dialogue in Tunisia on Nov. 9 "represents a historic opportunity for Libyan politicians to decide towards reaching a political solution without foreign interference."

They also underlined that any political solution must include all Libyans and a "clear roadmap that leads to national elections based on the constitution," the statement said.

Tunisia will host on Nov. 9 the U.N.-sponsored Libyan political dialogue forum between representatives of the GNA and Haftar with a view to holding national elections.

Saturday's talks came one day after Sarraj said he had withdrawn his resignation. The prime minister said Friday that he gave up his decision to quit until a new government is formed.

Sarraj will remain in office until the ongoing intra-Libyan political dialogue talks come to an end, GNA spokesperson Galib al-Zaklai said on Twitter.

The U.N. mission and the parliament in Tripoli also called on Sarraj to postpone his decision, citing "reasons of higher interest."

Sarraj announced in September his intention to step down by the end of October, saying he was willing to leave his post in favor of a new executive determined by peace talks in Morocco.

The delegations from the two rival sides in the Libyan conflict met for talks earlier in September after a surprise cease-fire in August and a pledge to hold national elections.