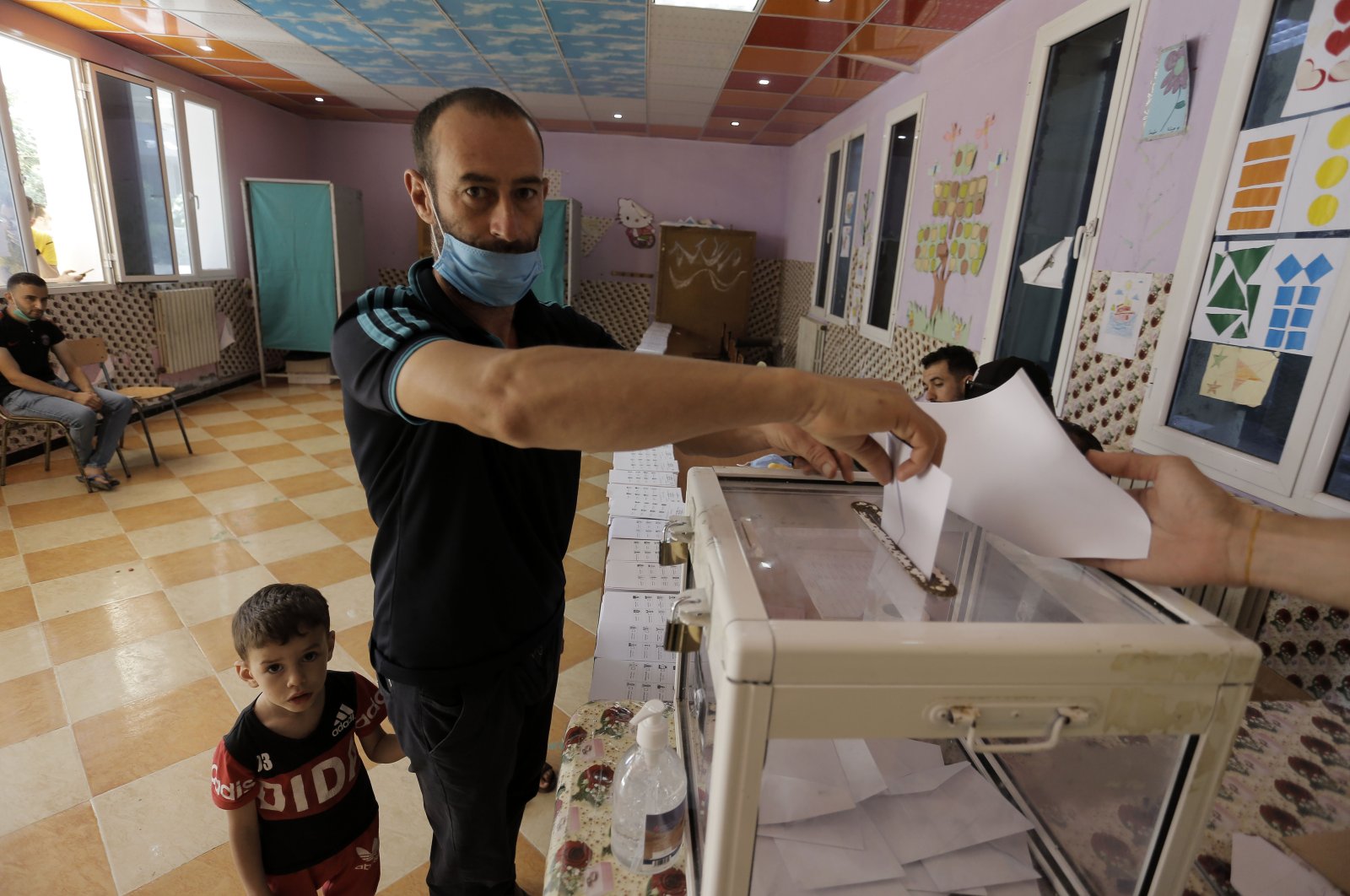 A man casts his vote in a polling station in the country's first legislative elections since the ouster of former President Abdelaziz Bouteflika, in Algiers, Algeria, June 12, 2021. (AP Photo)
by Agencies Jun 13, 2021 7:35 pm
RECOMMENDED

Algeria's largest Islamic party, the Movement of Society for Peace, claimed that its candidates had topped the results of parliamentary polls both inside and outside the country, warning against "attempts to change the results."

The claim of a win came ahead of any official results from Saturday's polls.

A statement on the official webpage of Abdel-Razzaq Makri, the movement's head, said: "We extend our warmest regards and appreciation to the citizens who voted on our lists."

"However, we warn that there are extensive attempts to change the results according to previous actions," referring to fraud in previous elections under then-President Abdelaziz Bouteflika.

The party warned that such attempts "will have bad consequences for the country and the future of the political and electoral process."

Makri concluded by calling on the country's president, Abdel-Majid Tebboune, to "protect the people's will."

As of 3:45 p.m. GMT, no data has yet been released by the election authority regarding official polling results.

Turnout was just 30.2%, electoral commission chief Mohamed Chorfi announced after Saturday's vote – the lowest in a legislative poll in at least 20 years.

He said the shape of the new assembly should emerge Sunday but it would be 96 hours before official results are announced.

Fewer than 1% of registered voters cast their ballots in Kabylie, a mainly Berber region east of Algiers, and the cities of Bejaia and Tizi Ouzou.

"As expected, the majority of Algerians snubbed the ballot boxes. The low turnout confirms the strong trend towards rejecting the vote," read the front page of French-language daily Liberte.

President Abdelmadjid Tebboune, himself elected on an official turnout of less than 40% in late 2019, put a brave face on the figures.

"For me, the turnout isn't important. What's important is whether the lawmakers that the people elect have enough legitimacy," the president said.

On Thursday, Tebboune pledged that the ballot box would be the decisive dynamic in the elections.