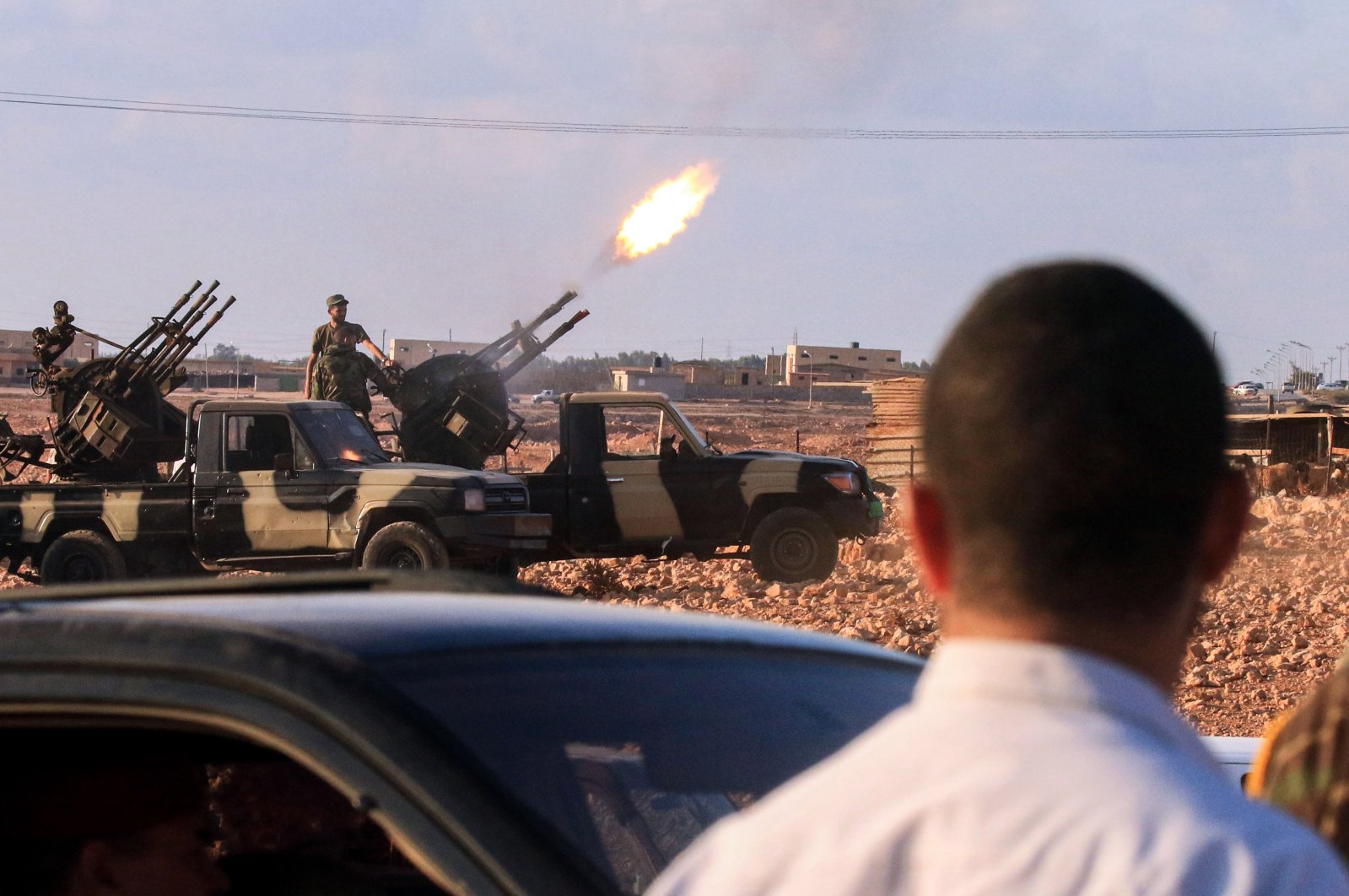 An anti-aircraft gun fires rounds in tribute during the funeral of a commander of the "Saiqa" (Special Forces) of the self-proclaimed Libyan National Army (LNA) loyal to putschist Gen. Khalifa Haftar, in the eastern city of Benghazi, Libya, Nov. 1, 2020. (AFP Photo)
by DAILY SABAH WITH AGENCIES
Nov 20, 2020 10:52 am

Speaking in a teleconference organized by the U.N. Security Council on the latest developments in Libya, Sonni said military activity in regions under putschist Gen. Khalifa Haftar's control continues, adding that weapons and mercenaries are still being sent to Sirte and Jufra.

Last month's cease-fire formally ended fighting between forces of the U.N.-recognized Government of National Accord (GNA) based in Tripoli and those of Haftar.

The Oct. 23 agreement says all military units and armed groups must withdraw from the frontlines, while mercenaries and foreign fighters must leave Libyan territory within 90 days.

Saying that Libya was still dealing with Haftar’s attacks, the envoy stressed that people were losing their lives due to mines placed in the capital Tripoli and mass graves were being unearthed on a regular basis. According to the International Criminal Court (ICC), over 100 bodies were found in June, many blindfolded and with their hands tied in mass graves in Tarhuna. Haftar’s forces used the area as a base to launch their attack in April 2019 while seeking to take the capital Tripoli. In addition, at least 49 people were killed by mines between April and June alone.

Sonni noted that those who have committed war crimes since 2011 must be held accountable and said the establishment of a constitutional basis for holding elections at the end of next year needs to be sped up.

Rival forces did not withdraw yet

Though the cease-fire formally ended fighting between the two sides, Williams told the U.N. Security Council that "while the joint military commission seeks to operationalize the cease-fire agreement, the two sides have not yet begun to withdraw their forces."

Following the cease-fire deal, recent developments on parallel economic and political tracks have raised hopes for progress in the North African country.

Haftar, supported by Russia, France, the United Arab Emirates (UAE) and Egypt, launched an offensive on Tripoli in April 2019 but was pushed back early this year after GNA forces received crucial support from Turkey and Qatar.

"Military cargo flights were monitored at al-Watiya and Misrata airports," she said.

Haftar's forces "and auxiliaries continued to set up fortifications and military outposts equipped with air defense systems between Sirte and Jufra, and in the northern area of Jufra air base."

Sirte has been on the front line of recent conflict since mid-June. The key city of Sirte, which lies some 450 kilometers (280 miles) east of the capital Tripoli, is a strategic gateway to the country’s oil reserves.