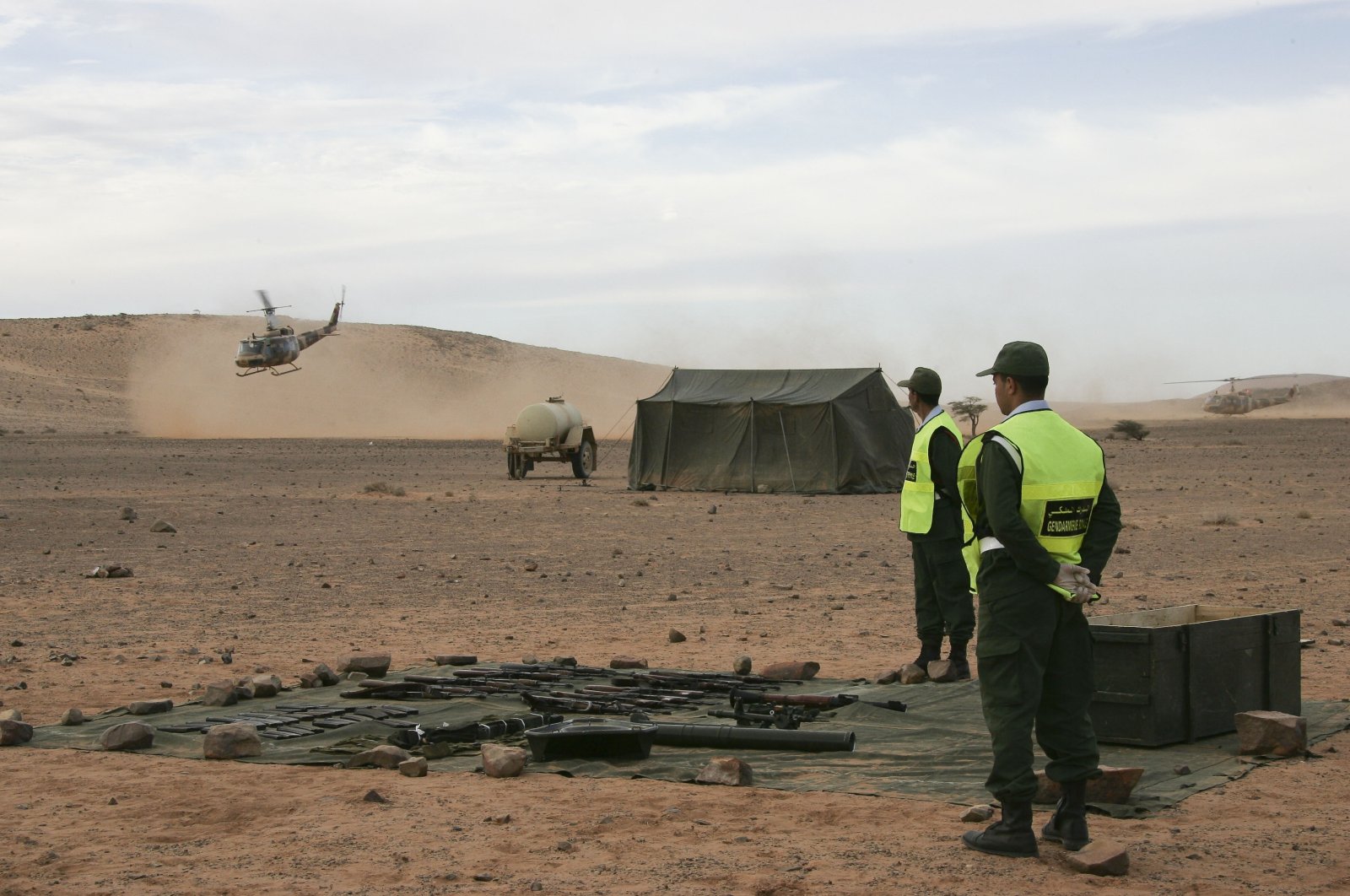 The Moroccan military said Friday it has launched an operation in a United Nations-patrolled border zone in disputed Western Sahara to clear a key road it said was being blockaded for weeks by supporters of the Algerian-backed Polisario Front.

Moroccan forces set up a security cordon overnight in the Guerguerat buffer zone on Western Sahara’s southern border with Mauritania, "in order to secure the flow of goods and people through this axis,” the General Staff of the Moroccan Royal Armed Forces said in a statement Friday.

It said the operation has been launched because about 60 people supervised by Polisario were blocking a road connecting Morocco with Mauritania and called it a "non-offensive operation” that would involve the use of arms "only in the case of self-defense,” The Associated Press (AP) reported.

The Moroccan Foreign Ministry said the road has been blocked for more than three weeks.

According to Reuters, shortly after the move, the Polisario group seeking independence for Western Sahara accused Morocco of breaking their nearly three-decade cease-fire and igniting a new war.

"War has started, the Moroccan side has liquidated the cease-fire," senior Polisario official Mohamed Salem Ould Salek told Agence France-Presse (AFP), describing the action by Rabat as an "aggression."

"Sahrawi troops are engaged in legitimate self-defense and are responding to the Moroccan troops," said Ould Salek, who serves as foreign minister of the Polisario-declared Sahrawi Arab Democratic Republic.

"Algeria calls on both parties, the Kingdom of Morocco and the Polisario Front, to show a sense of responsibility and restraint," the foreign ministry of Algeria, which backs the Polisario group, said in a statement on Friday.

The Polisario and Morocco fought for control of Western Sahara from 1975 to 1991, with Rabat taking over the desert territory before a U.N.-brokered cease-fire in the former Spanish colony in 2008.

Rabat considers Western Sahara an integral part of Morocco and proposes autonomy for the resource-rich territory, but the Polisario Front insists on a U.N. referendum on independence.

The planned referendum has been repeatedly postponed due to disputes between Rabat and the Polisario over voter rolls and the question to be put. Negotiations on the territory's future involving Morocco, the Polisario, Algeria and Mauritania have been suspended for several months.