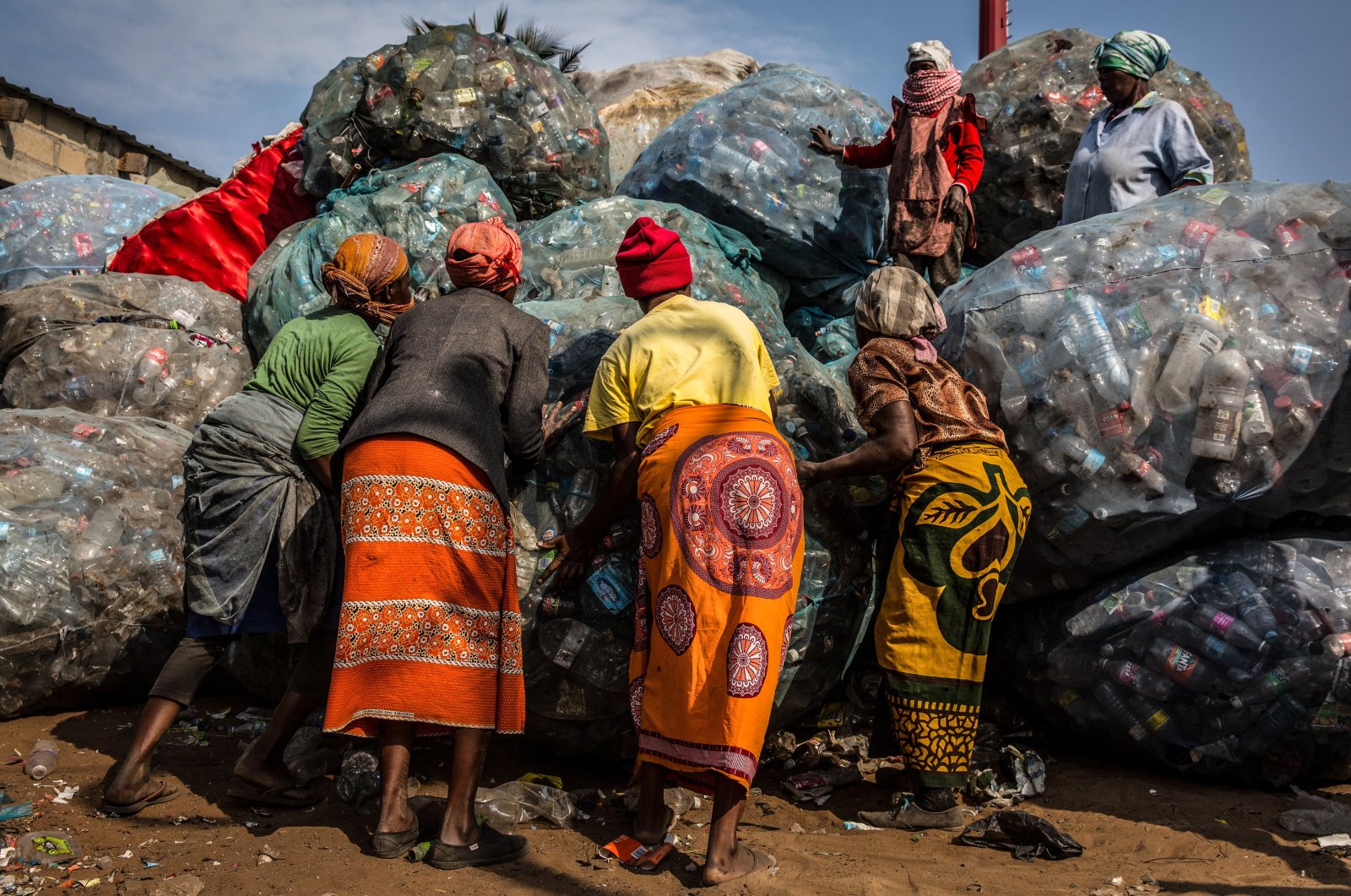 Plastic waste pickers at Hulen dump in Maputo, where they will weigh and sell the effort of their work to a company that will do the recycling, Mozambique, Aug. 20, 2020. (EPA Photo)
by French Press Agency - AFP Oct 25, 2020 6:33 pm
RECOMMENDED

The number of displaced Mozambicans has risen exponentially over the past two years, the majority uprooted by an insurgency raging in the north, local monitors said Sunday.

By Oct. 19, there were 424,202 internally displaced people (IDPs) in the southern African country, compared with 15,000 at the end of 2018, a respected advocacy group, the Center for Public Integrity (CIP) said in a report.

"The number of internally displaced people in Mozambique has grown by about 2,700 percent in two years," the report said.

"Massive attacks against districts in Cabo Delgado province have contributed to the rapid increase in the number of displaced people in Mozambique in the last two years," it said.

Gas-rich northern Mozambique is under siege by a shadowy terrorist group known locally as al-Shabab.

After launching its first attack in October 2017, the group has stepped up its offensive in recent months, seizing swathes of territory and torching villages.

It has staged more than 600 attacks across 10 out of the 17 districts in Cabo Delgado province, according to a U.S.-based NGO, the Armed Conflict Location & Event Data (ACLED) group.

The U.N. recently estimated that at least 310,000 people, or 13% of the provincial population, have fled their homes.

CIP's researchers who carried out the field study in Cabo Delgado and adjacent Nampula province concluded that a small fraction of the displaced was sheltered in government-provided centers.

Most people have moved in with relatives, friends and well-wishers.

CIP said the government "is failing to respond to one of the greatest humanitarian crises caused by armed conflict since the civil war," which raged for 16 years and claimed 1 million lives.

"The displaced are living in households which host them, in most cases without the minimum of basic conditions to ensure their survival," the report said.

Mozambique's Minister of Foreign Affairs, Veronica Macamo, has asked for international assistance to tackle the problem of displaced persons, the government-run Domingo newspaper reported on Sunday.