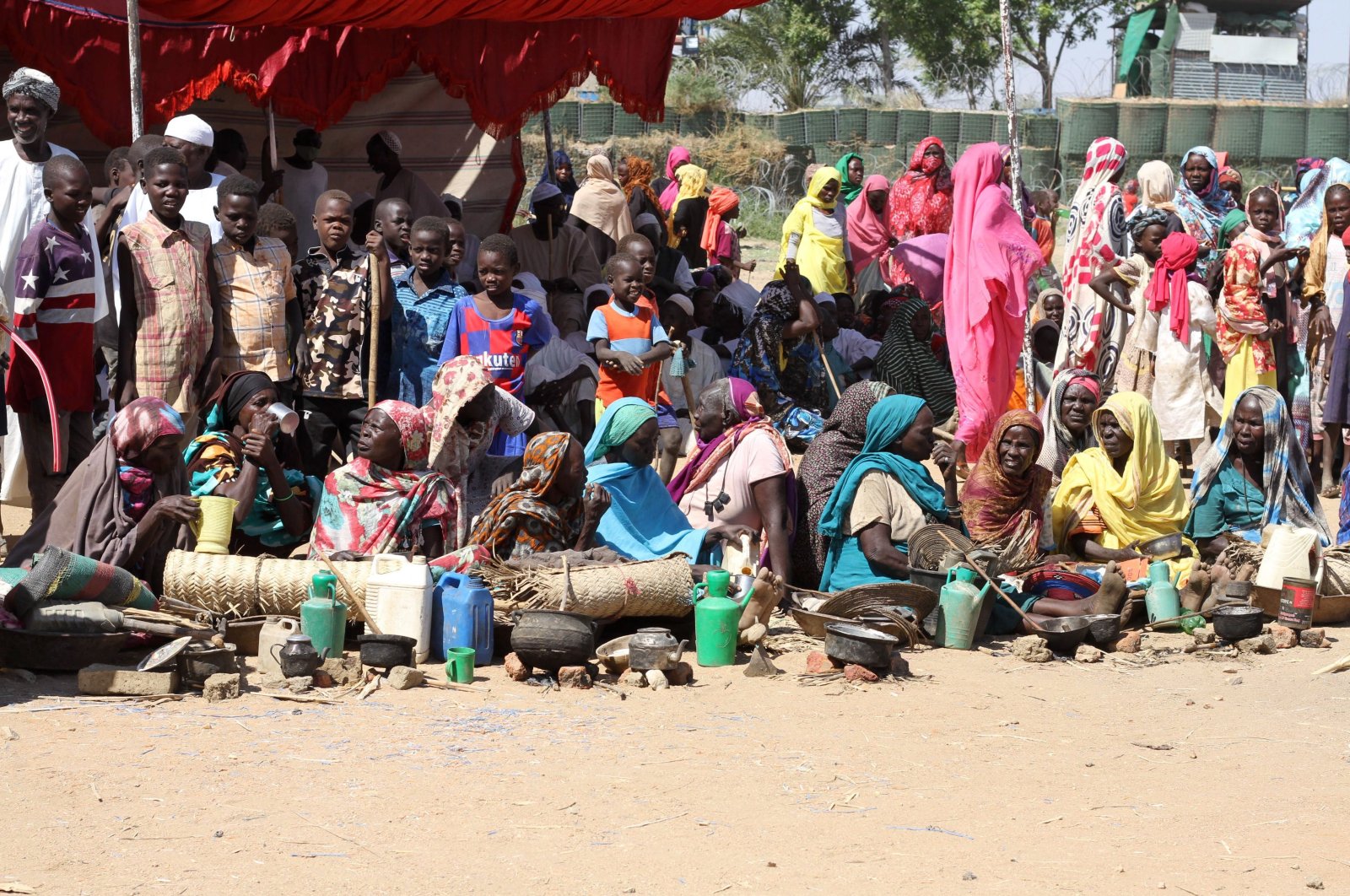 Sudanese internally displaced people stage a sit-in to protest the end of the African Union-United Nations Hybrid Operation in Darfur (UNAMID) mandate, in the Kalma camp in Nyala, the capital of South Darfur, Sudan, Dec. 30, 2020. (AFP Photo)
by Agencies
Dec 31, 2020 11:23 am

"The joint United Nations-African Union mission in the Darfur region of Sudan (UNAMID) will officially end operations on Thursday, when the Government of Sudan will take over responsibility for the protection of civilians in the area," the mission said in a statement Wednesday.

While the bitter conflict that began in 2003 and claimed 300,000 lives has largely subsided, tribal clashes last week left at least 15 people dead and dozens wounded. Citizens, many of whom remain displaced, have held protests in recent weeks against the mission's imminent departure.

"The lives of Darfuri people are at stake, and the United Nations should reconsider its decision," Darfuri Mohamed Abdelrahman told Agence France-Presse (AFP) at a sit-in at Kalma camp in Nyala, the capital of South Darfur.

According to The Associated Press (AP) in June, the council voted unanimously to move toward ending UNAMID, which has well over 6,000 military and police personnel and more than 1,500 civilian staffers, replacing it with a much smaller U.N. civilian mission. The Sudanese government has been pressing for UNAMID to end on Dec. 31, and Russia’s deputy ambassador, Anna Evstigneeva, backed the end-of-year termination, as did Niger’s U.N. ambassador, Abdou Abarry, speaking on behalf of South Africa, Tunisia and St. Vincent and the Grenadines.

The U.N. said Wednesday that the phased drawdown will begin in January and take six months to complete.

Sudanese authorities have said troops will be deployed to the region to contain any violence.

Darfur was the scene of a bitter conflict that broke out in 2003 between African minority rebels, complaining of marginalization, and forces backed by the government of now-ousted President Omar al-Bashir. The U.N. estimates the fighting displaced 2.5 million people. The conflict has largely subsided over the years, apart from occasional clashes between pastoralists and displaced people settled in camps.

In October, Sudan's transitional government signed a peace deal with a coalition of rebel and political groups, including from Darfur. The agreement covered pressing issues around security, land ownership, transitional justice, power sharing and the return of people who fled their homes due to fighting. It also provides for the dismantling of rebel forces and the integration of their fighters into the national army. Only two groups have refused to sign the accord, including the Darfur-based Sudan Liberation Movement (SLM) led by Abdelwahid Nour, a faction which is believed to maintain considerable support.

Sudan's transitional government has agreed that al-Bashir will face the International Criminal Court on charges of genocide, war crimes and crimes against humanity in Darfur. Al-Bashir, who was ousted in April 2019, was jailed in Khartoum's high-security Kober prison. In the October peace deal with rebels, Sudan's government agreed to set up a special court for crimes in Darfur where it was said al-Bashir should also stand trial.