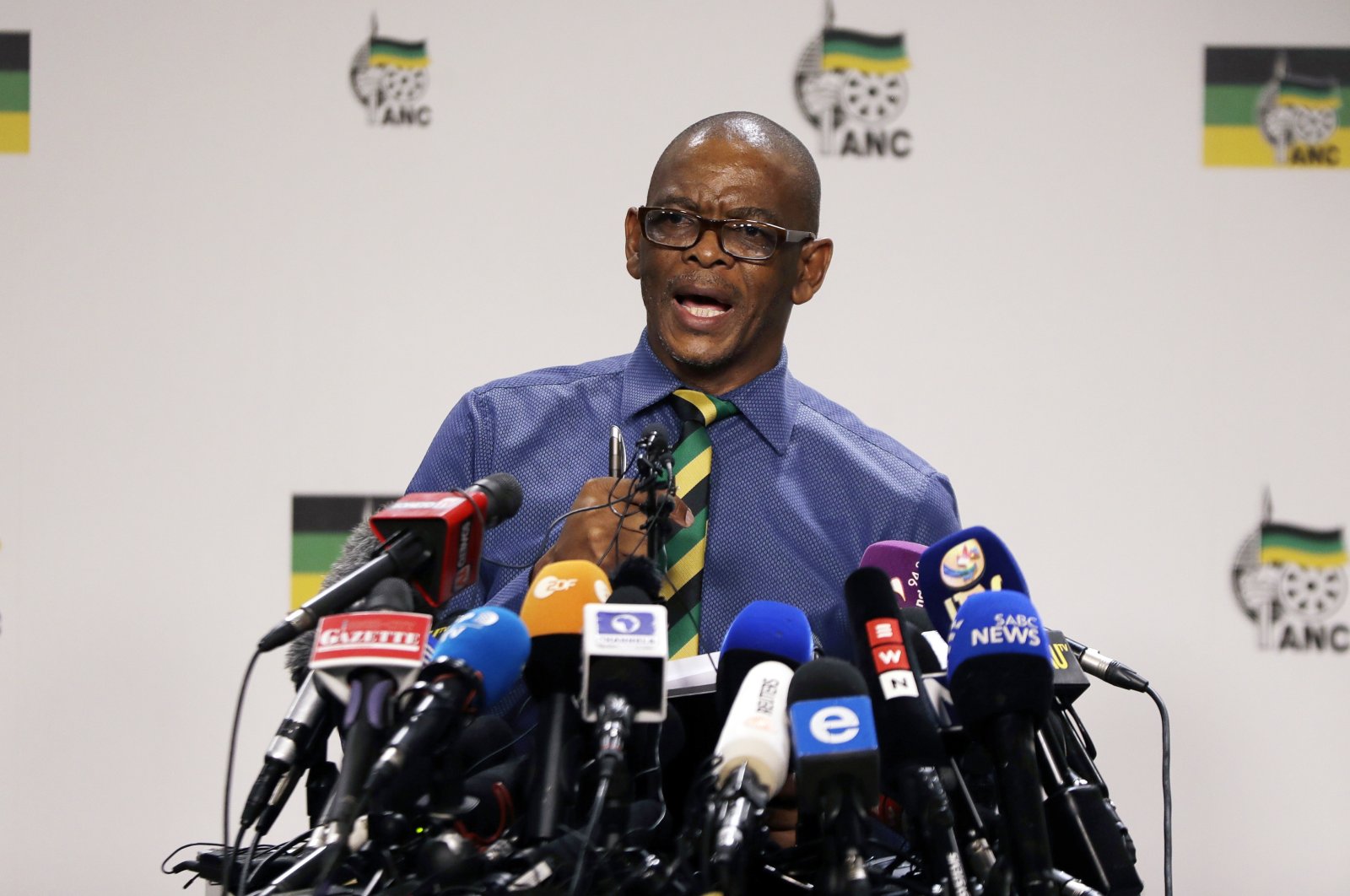 Prosecutors in South Africa have issued an arrest warrant for the secretary-general of the ruling African National Congress (ANC) party, over a multimillion-dollar corruption scandal.

The elite police unit Hawks confirmed Tuesday a warrant had been issued for Ace Magashule, a key figure responsible for running the day-to-day affairs of the ANC that has governed South Africa since the end of white-minority rule in 1994, over allegations of corruption related to a contract to audit houses with asbestos roofs awarded when he was premier of the Free State province.

According to Anadolu Agency (AA), the news came when Magashule was busy garnering votes for a party candidate who is contesting in a by-election in Soweto, a township southwest of Johannesburg.

“He hasn’t been arrested as yet, but the warrant has been signed,” Hawks spokesperson in the Free State province, Lynda Steyn, told Reuters news agency by telephone.

The ANC deputy secretary-general Jessie Duarte said that Magashule, who told reporters he had done nothing wrong, has assured the party that he will appear in court on Friday.

"I'm not worried at all because I know I haven't done anything wrong," Magashule told local broadcaster eNCA.

The warrant was issued in connection with Magashule's alleged role in a $15 million contract meant to remove and replace asbestos from homes of the poor in the Free State province.

President Cyril Ramaphosa, who assumed office in 2018, is a strong anti-corruption campaigner. In August he authorized the Special Investigating Unit (SIU) to start probing allegations related to the misuse of COVID-19 funds.

"It is disgraceful that at this time of national crisis, there are companies and individuals who seek to criminally benefit from our efforts to protect people's health and save lives," Ramaphosa told legislators as he ordered the SIU to probe allegations of corruption in the procurement of goods and services for the country's response to the coronavirus pandemic.

Meanwhile, senior members of ANC did not discuss whether Magashule should step down during a meeting held on Wednesday, a top party official said Wednesday.

"The SG (secretary-general) briefed us about the letters he has received from law enforcement agencies and the fact that he will cooperate and he will go to court on Friday," ANC Treasurer-General Paul Mashatile told a news conference about the Tuesday meeting of senior officials.

He called on ANC members to be calm and said the ANC would address the "big problem" of corruption in society.

When asked by reporters whether the officials had discussed Magashule vacating his party position, Mashatile added: "No, we did not discuss that."

In an audio statement, Pule Mabe, the ANC spokesperson, said the party learned through media reports about the issuance of a warrant of arrest for Magashule.

"The secretary-general (Magashule) has advised the movement that he will be in consultation with his legal team to best respond to the latest developments and to guide any response to the matter," Mabe said.

Mabe said Magashule has on several occasions said he will cooperate with law enforcement agencies and the ANC will monitor the matter and give updates should the need arise.