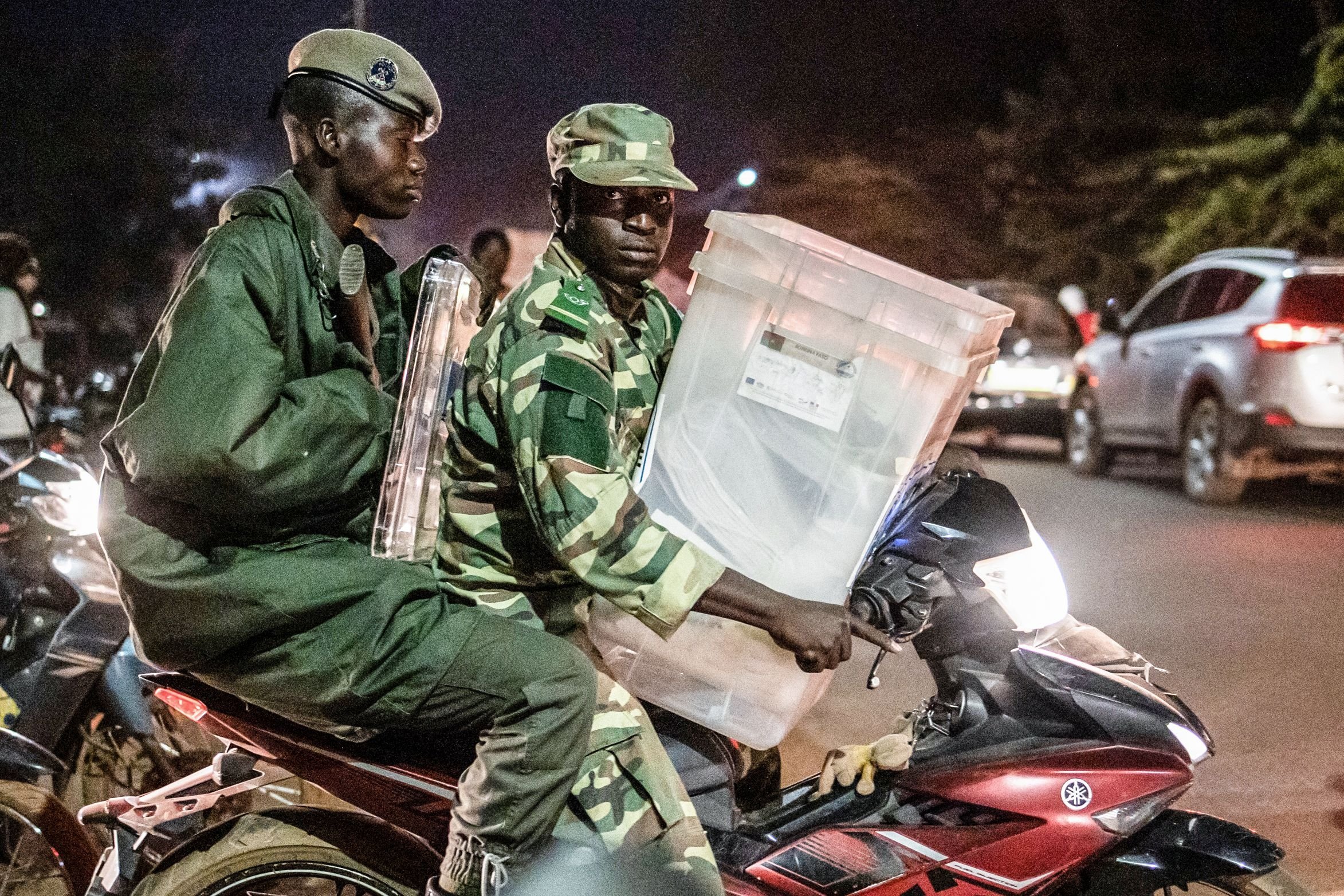 Voters went to the polls Sunday in Burkina Faso for presidential and legislative elections that have been marred by ongoing terrorist violence in the landlocked West African nation.

President Roch Marc Christian Kabore has promised to secure the country and is vying for another five years against 12 other candidates. Kabore is expected to win but the opposition hopes to split the vote, depriving him of the 51% support needed for an outright victory in the first round. It then plans to form a coalition behind the strongest opposition candidate for the second round.

This election is a major test for the nation’s young democracy in the face of rising terrorist attacks. A failure to hold a peaceful, transparent election in the African nation of 21 million people could give terrorist groups who accuse the government of being ineffective a boost, experts say.

Violence linked to al-Qaida and Daesh has displaced more than 1 million people and cut off swaths of the country, preventing at least 166,000 new voters from being able to register, according to election officials.

A change in Burkina Faso’s electoral code this year means that election results will be valid even if people can’t vote in parts of the country. Civilians in hard-hit areas say they’re already being threatened not to vote by terrorists.

Opposition candidates on Saturday accused the ruling party of fraud, including bribing people. The parties also accused The National Independent Electoral Commission of making changes to the electoral map, Zephirin Diabre, a leading candidate from the Progress and Change Party, told a press conference.

On Sunday, dozens of people lined up at polling stations in the capital, Ouagadougou, before sunrise.

Oumar Zorome, 55, was the first to vote in the city's Patte D’Oie district and is backing Kabore, who he says has built roads and is not responsible for the country's struggles with terrorists.

"I’m voting for the change in this country that’s already been taking place to continue,” he said.

Voter Paul Lengane, however, said he'd vote for an opposition candidate because there has been too much corruption and insecurity.

"My expectations in the last five years were not met so I want to try something new,” he told the Associated Press (AP).

With police guarding polling stations, poll worker Habibata Ouedraogo said everything was running smoothly so far but she was concerned about the insecurity.

"I’m worried that a voting station could be targeted,” she said.

Kabore urged citizens to vote as he cast his ballot Sunday.

"I’m calling on all Burkinabe not to be lazy and go vote. It’s about the development of Burkina Faso, it’s about peace in our country, so it’s important that each Burkinabe vote,” he said.

Voting also began in violence-scarred regions where just weeks ago officials weren’t sure it would be possible to vote. In Barsalogho, in the north-central region, more than 60 people were in line when the polls opened, according to an official.

"I’m surprised. I didn’t think we’d be able to vote but things are calm so far,” Saidou Wily, a government official in Barsalogho, told the AP.

At least 37 villages in the region, however, were unable to vote Sunday, he said.

In the eastern town of Fada N’gourma, a resident who did not want to be named for safety reasons told the AP that the polls were open and full of people. In the more remote eastern town of Tapoa along the border with Niger, however, there were reports of movement of armed groups, he said.

Diabre is one of the main challengers, together with Eddie Komboigo, head of the Congress for Democracy and Progress (CDP), the party of former President Blaise Compaore, who was ousted by a popular uprising in 2014.

"We are convinced that the CDP will return to power," Komboigo said Sunday. "If we return to power it won’t be to retaliate, but to meet the needs of the population, bringing back security as soon as possible.”

Crisis rooms have been set up around the city, where organizations can monitor the voting to check for irregularities, voter suppression and violence, according to Codel, a local organization focused on elections.

Results are expected in the next few days.