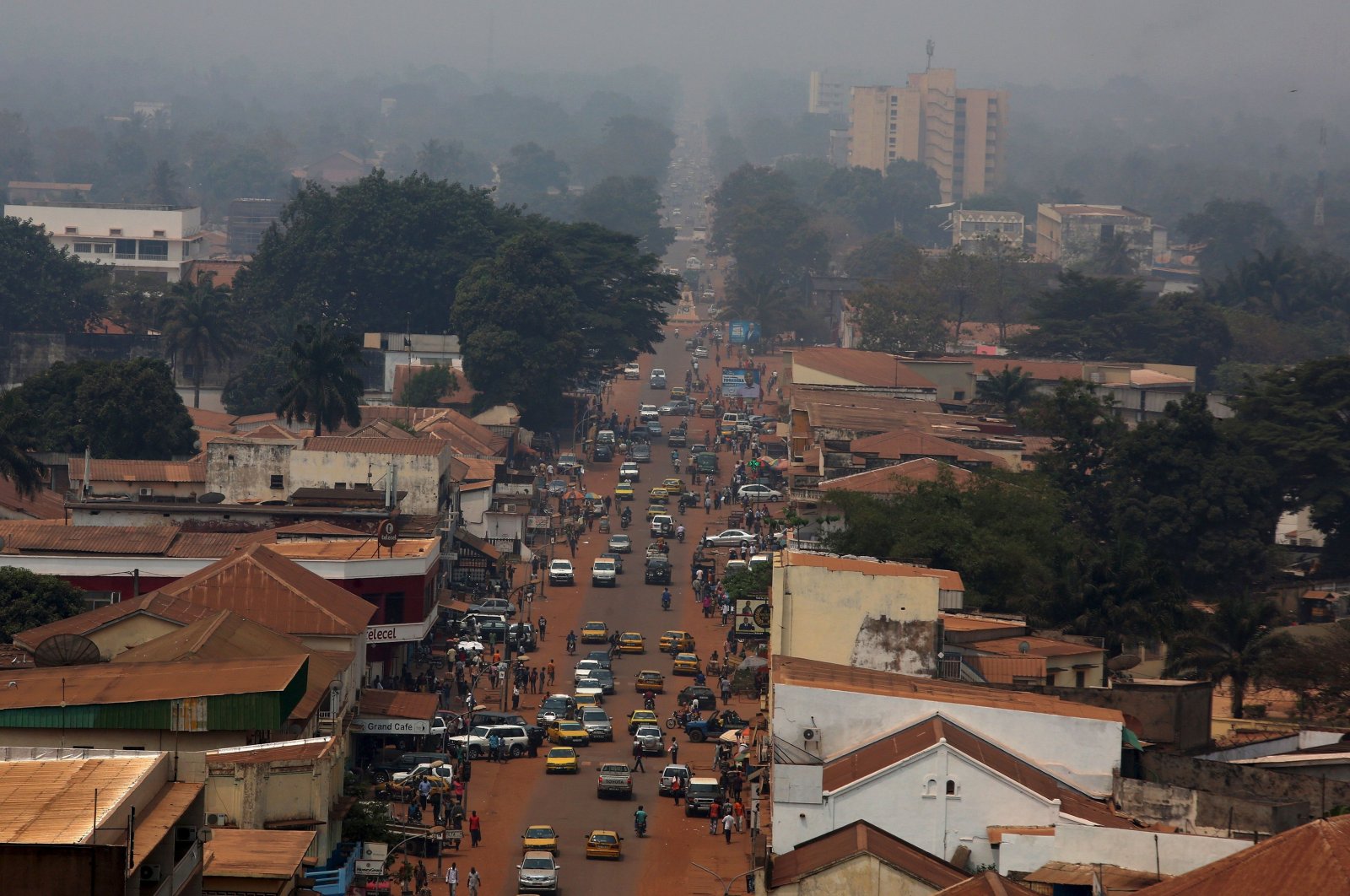 The groups on Friday started to advance on the capital Bangui along key highways after declaring an alliance, the government said. The United Nations peacekeeping force MINUSCA announced Sunday that the rebels had been stopped or pushed back and the situation was "under control."

Rwanda's defense ministry confirmed the deployment. It said the move was in response to the targeting of its troops in the 11,500-strong MINUSCA by rebels supported by Bozize, who ruled the Central African Republic from 2003 to 2013. No details were given about the deployment, but the ministry said it would "also contribute to ensure a peaceful and secure general elections scheduled on Sunday."

MINUSCA's Rwandan contingent is notably in charge of the security of Central African Republic President Faustin-Archange Touadera and the presidential palace.

There was no immediate confirmation from Moscow about the Russian deployment although the Kremlin said the situation in the country was of "serious concern." Moscow has been leading a vast diplomatic and financial offensive in the former French colony since 2018 in return for concessions to Russian firms to exploit minerals, particularly gold and diamonds. Private security guards employed by Russian companies also provide protection for Touadera and are involved in the training of local armed forces.

The alleged coup was mounted by three of the country's most powerful militias. They said they had merged into a single entity called "the Coalition for Patriots for Change" and invited all other groups to join. MINUSCA spokesperson Vladimir Monteiro said late Sunday they had been pushed back in several locations or blocked, and "the situation is under control." But security and humanitarian sources said some members of the armed groups were still on the ground around Bossembele, around 150 kilometers (90 miles) from Bangui.

The so-called G5+ group – France, Russia, the U.S., the European Union and the World Bank – urged Bozize and allied armed groups to lay down their arms and called for Sunday's presidential and parliamentary elections to go ahead. A source at the French presidency said the priority "in the coming days is to stick to the date" for the elections and avoid fueling dangerous uncertainty. The source refused to comment on the dispatch of Russian and Rwandan troops, saying only that MINUSCA "has successfully carried out its mission in the last few days."

Bozize, 74, who denies the coup plot allegations, has been a major figure in the country's decadeslong history of war and misery. He slipped back into the country in December 2019 after years in exile, sparking fears of a comeback. He retains a large following, especially among the Gbaya ethnic group, the country's largest, and has many supporters in the army. The former general came to power in a coup in 2003 before he himself was overthrown in 2013 by the Seleka, a rebel coalition. Christian and animist groups forged a so-called self-defense force called the anti-Balaka, and the country spiraled into conflict along largely sectarian lines before France intervened militarily. After a transitional period, elections were staged in 2016 and won by Touadera. Bozize has been barred from contesting the next elections by the Central African Republic's top court as he is the target of a 2014 arrest warrant for alleged murder and torture and is under U.N. sanctions.

His absence from the poll has left Touadera the clear frontrunner in the 17-strong field of candidates. But his government holds sway over only around a third of the Central African Republic's territory. The rest is in the hands of militia groups that typically claim to defend the interests of a given ethnic group and often fight with each other over resources. The Central African Republic has known little stability since gaining independence from France in 1960. Thousands of people have died since the 2013 coup, and nearly a quarter of the population of 4.7 million have fled their homes.