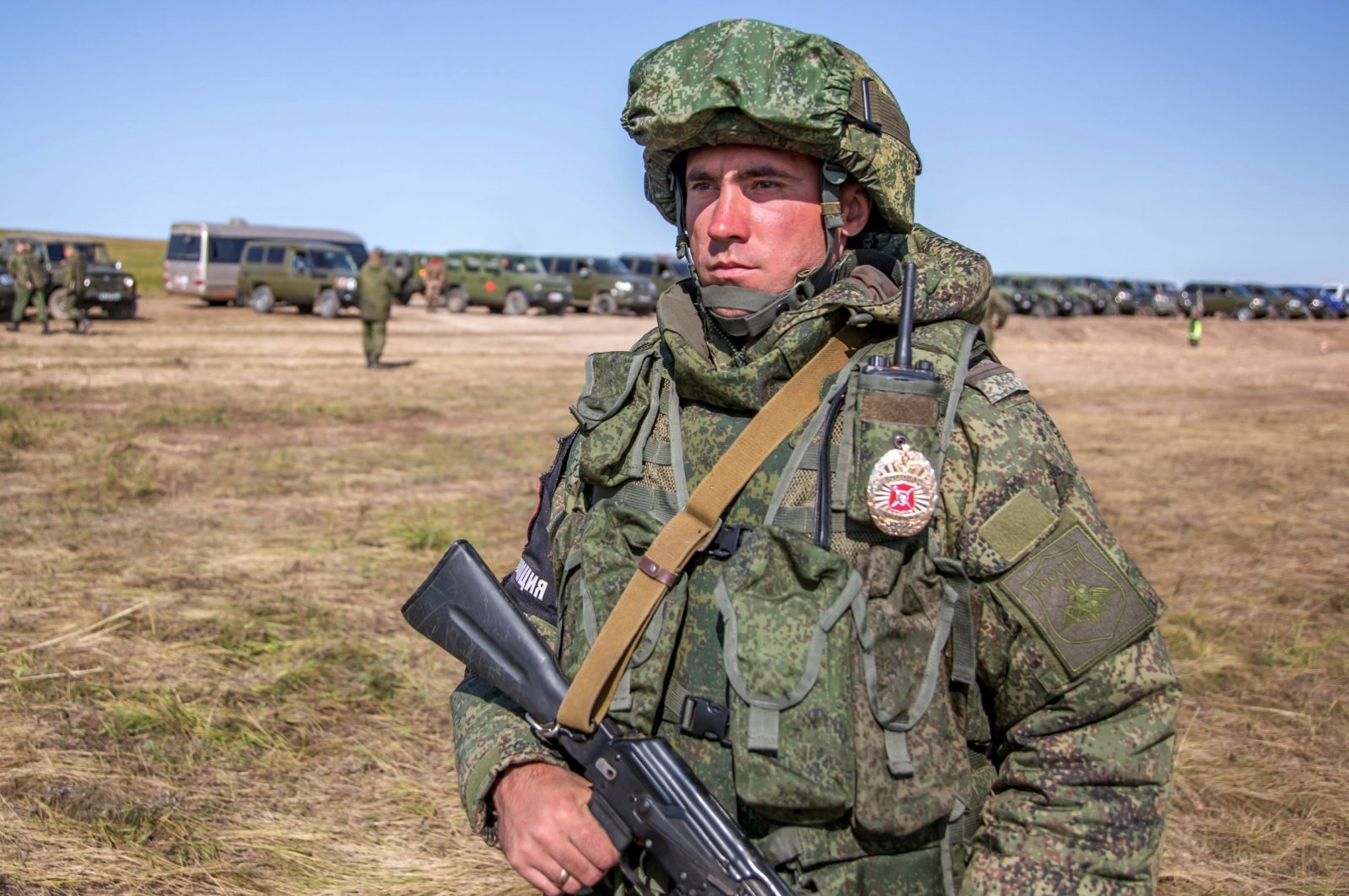 A Russian soldier guards an area during the military exercises in the Chita region, Eastern Siberia, during the Vostok 2018 exercises in Russia, Sept. 11, 2018. (AP)
by Anadolu Agency Aug 04, 2020 9:12 pm
RECOMMENDED

The classified document on what it calls "Russia's new Africa ambitions" says Russian President Vladimir Putin had made "Africa a top priority."

An important aspect of Russia's advance in Africa is military cooperation with some of the continent's dictatorial regimes, it said.

"Since 2015, Russia has concluded military cooperation agreements with 21 countries in Africa," according to the leaked document.

Previously, there were only four military cooperation treaties across the entire continent, it added.

Furthermore, it said, the Kremlin was "contractually assured" it would "be allowed to build military bases in six countries," namely the Central African Republic, Egypt, Eritrea, Madagascar, Mozambique, and Sudan.

Moreover, Russia's army is partially secretly and partially officially training soldiers from those countries, according to the report, which claimed for instance that 180 Russian army instructors were currently based in the Central African Republic or elsewhere in Africa, adding that: "Around 20 Malian soldiers are trained in Russia every year."

But Russia is not only aiming for a permanent deployment of its troops in Africa but it also increasingly relying on private armies or proxy groups like the Wagner Group, infamous for supporting putschist Gen. Khalifa Haftar in Libya, said the report.

The capabilities of Russia's armed forces and mercenaries are "of great interest for autocratic regimes in possible use against their own people," the report added.

Meanwhile, Russia is already a major arms supplier to the African continent.