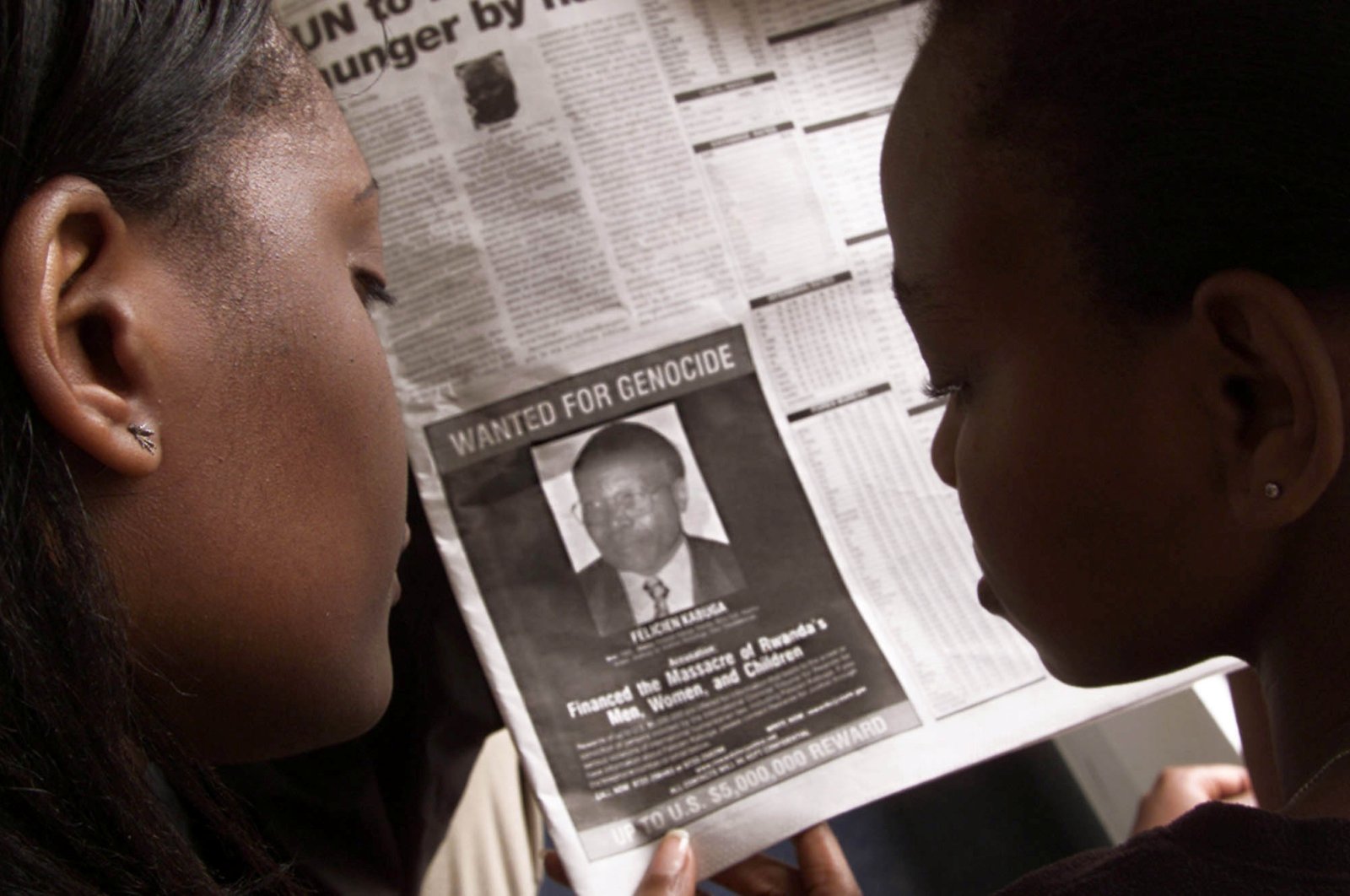 This June 12, 2002, file photo shows readers look at a newspaper carrying the photograph of Rwandan Felicien Kabuga wanted by the United States, in Nairobi, Kenya. (Reuters Photo)
by Agencies
May 16, 2020 1:46 pm

Kabuga, 84, who was living under a false identity in a flat in Asnieres-Sur-Seine, near Paris, had been pursued by international justice for 25 years, the ministry said in a statement. French gendarmes arrested him at 5:30 a.m. GMT on Saturday.

Kabuga is Rwanda’s most-wanted man and the United States has put a $5 million bounty on his head.

A Hutu businessman, he is accused of funding the militias that massacred some 800,000 Tutsis and moderate Hutus over a span of 100 days in 1994.

A top U.N. prosecutor said Kabuga's arrest showed that suspects would be brought to justice for crimes in the 1994 bloodshed.

"The arrest of Felicien Kabuga today is a reminder that those responsible for genocide can be brought to account, even 26 years after their crimes," said Serge Brammertz, chief prosecutor of the Mechanism for International Criminal Tribunals (MICT) in The Hague, adding: "Today's arrest underlines the strength of our determination."

The prosecutor praised French authorities, saying the arrest "could not have been made without their exceptional cooperation and skill," and also thanked other countries and international organizations that helped.

Kabuga is now expected to be transferred to the custody of The Hague to stand trial "following completion of appropriate procedures under French law," the statement said.