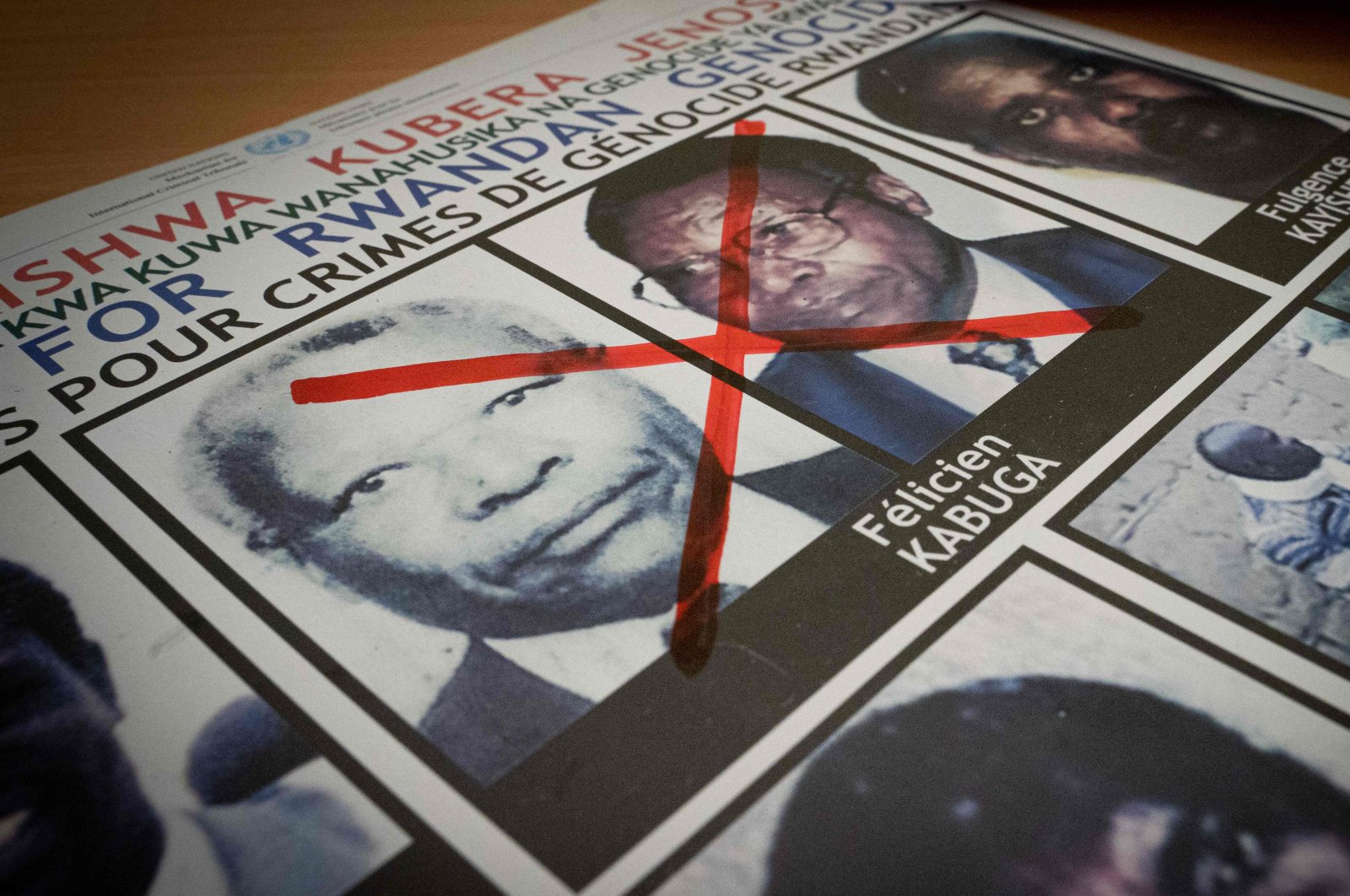 A photo shows a red cross drawn on the face of Felicien Kabuga, one of the last key suspects in the 1994 Rwandan genocide, on a wanted poster at the Genocide Fugitive Tracking Unit office in Kigali, Rwanda, May 19, 2020. (AFP Photo)
by French Press Agency - AFP
Jun 03, 2020 4:28 pm

A Paris appeals court Wednesday approved the transfer of Rwandan genocide suspect Felicien Kabuga, arrested in France after decades on the run, to a United Nations body to be tried in Tanzania.

Accused of financing the 1994 genocide of some 800,000 people, Kabuga had asked for a trial in France and he can still appeal the decision to hand him over to the Mechanism for International Criminal Tribunals (MICT).

Described as Africa's most wanted man, Kabuga was arrested on May 16 at his home outside Paris, where he had been living under a false name.

His lawyers argued before the Paris court that the 84-year-old should be allowed to stay in France because of his advanced age, poor health and an alleged lack of impartiality displayed by international courts.

A judge in The Hague ruled last month, however, that Kabuga should be tried in Arusha, Tanzania, under the U.N.'s Mechanism for International Criminal Tribunals (MICT).

The MICT, which took over the duties of the U.N.'s International Criminal Tribunal for Rwanda when it formally closed in 2015, is based in The Hague but has a branch in Arusha.

Kabuga, once one of Rwanda's richest men, was indicted by the tribunal in 1997 on seven counts, including genocide.

He is accused of forming the notorious Interahamwe militia that carried out massacres, and the Radio-Television Libre des Mille Collines, whose broadcasts incited people to murder.

Hundreds of thousands of Tutsis but also moderate Hutus were slaughtered over 100 days of ethnic violence committed by Hutu extremists in 1994.