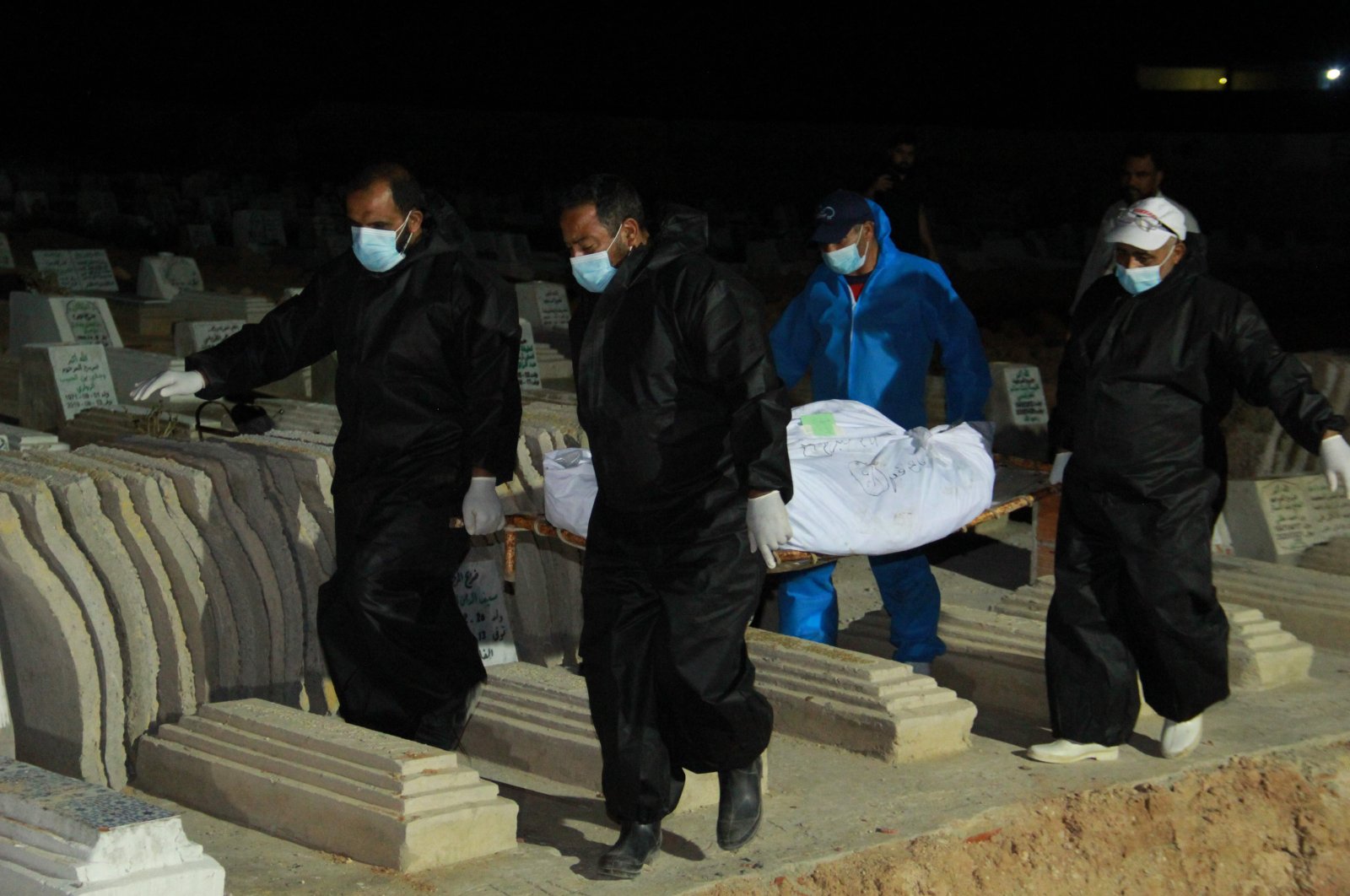 Cemetery workers bury the bodies of African immigrants drowned after their boat sank off the island of Kerkennah, June 11, 2020. (AFP Photo)
by ASSOCIATED PRESS
Jun 12, 2020 12:15 pm

The death toll in a migrant shipwreck off Tunisia's coast has climbed to 54 people as more and more bodies are discovered, and the search is continuing.

The boat sank last weekend amid a recent spike in efforts to smuggle African migrants to Europe via Tunisia in recent months. The sinking has revived concerns in Tunisia about migrants fleeing tensions in neighboring Libya, despite hundreds of millions of euros in European aid to Libya to stop migrants from leaving.

Tunisian search teams recovered the bodies of 13 men and women Thursday, according to the Defense Ministry. Earlier in the week, the bodies of two toddlers and 20 adults washed up on the beaches of Kerkennah Island off the Mediterranean coastal city of Sfax, and 19 other bodies were found floating in nearby waters.

Navy units and divers from the civil protection services are continuing to search the area for other possible victims, the health director for the Sfax region, Ali Ayadi, told The Associated Press.

Many of the victims were buried in Sfax on Wednesday, Ayadi said. All the victims are from sub-Saharan Africa, notably the Ivory Coast, except for the Tunisian captain, according to Tunisian authorities.

The U.N. refugee agency says attempts to leave Tunisia for the Italian coast increased by more than 150% from January through April compared with the same period last year.

A nongovernmental organization that works on migration and refugee issues, the Tunisian Forum for Economic and Social Rights, said the latest deaths are “the inevitable result of restrictive and inhuman migration policies adopted by the European Union which are limited to a security approach to migration issues."

The EU has sent hundreds of millions of euros to Libya, largely channeled through U.N. agencies, to slow the tide of migrant crossings. The AP found that in a country without a functioning government, huge sums of European money have been diverted to intertwined networks of militiamen, traffickers and coast guard members who exploit migrants.