Senegal's capital Dakar gets year's worth of rain in 1 night 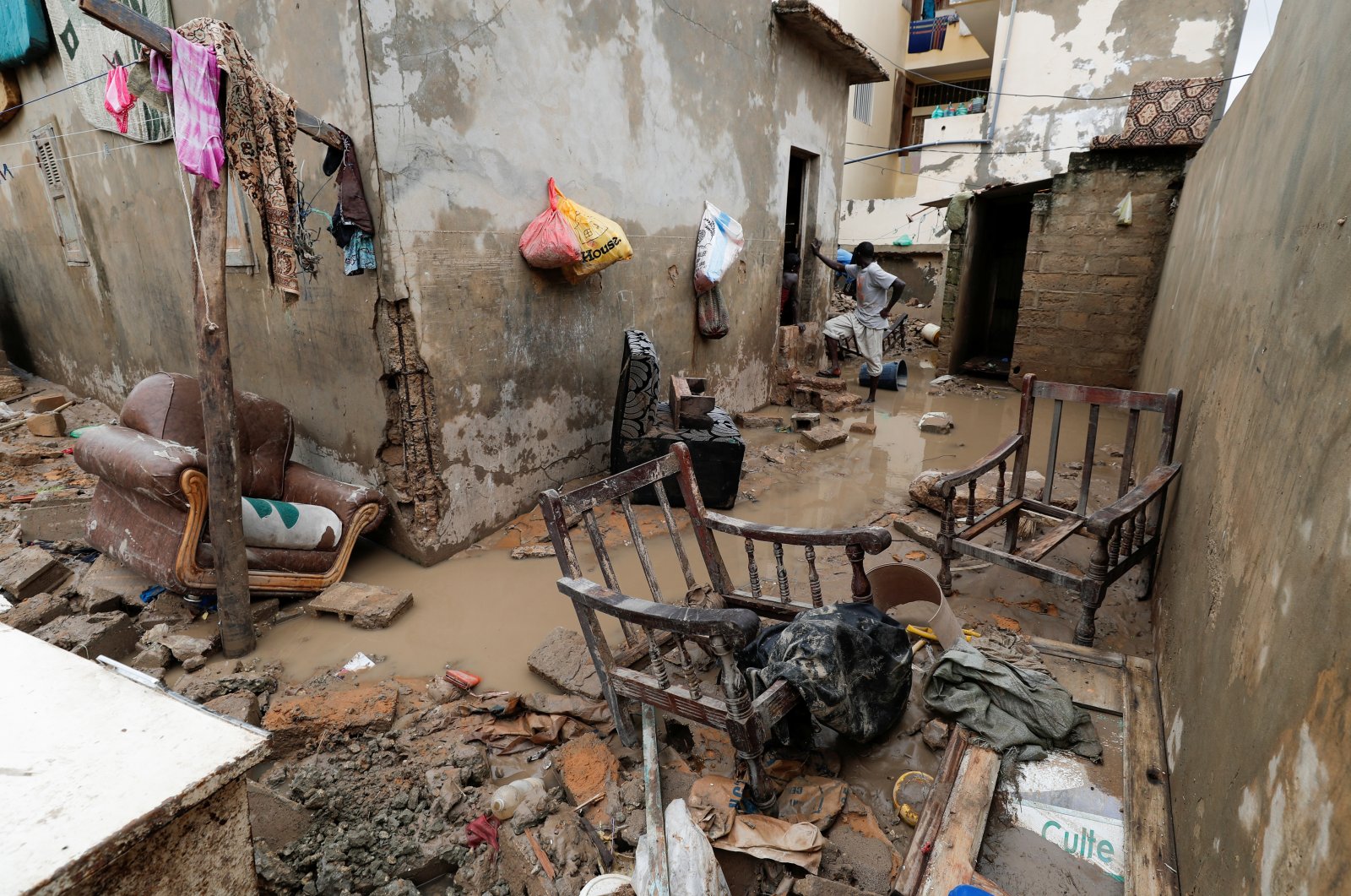 A man stands at a house's flooded courtyard after heavy rains in the Ndiaga Mbaye district on the outskirts of Dakar, Senegal, Sept. 6, 2020. (Reuters Photo)
by ASSOCIATED PRESS Sep 07, 2020 6:02 pm

Thousands of people are homeless in Senegal's capital Monday after a weekend storm brought nearly a year's worth of rainfall in a single day, turning roads into rivers.

Video footage showed residents in the suburbs of Dakar wading through floodwaters up to their chests after the storm that began late Saturday in the West African nation, where at least six deaths were recorded nationwide.

The government-run Le Soleil newspaper reported that some localities had seen as much rain Saturday as they normally do in a year. The suburb of Rufisque got more than 8 inches (21 centimeters) of rain in a single night.

“We are tired. For the past two days, we have been underwater,” lamented Amdy Mbaye from his flooded home in the hard-hit suburb of Keur Massar. “The situation is out of control. We need the state to help us."

Senegalese authorities said they had launched an emergency plan, allowing for funds to be released quickly so that rescue teams can be mobilized to help evacuate residents.

Meteorologists are forecasting more rain this week, raising concerns of increased flooding in rapidly growing Dakar where drainage capacity from homes and roads is often poor.