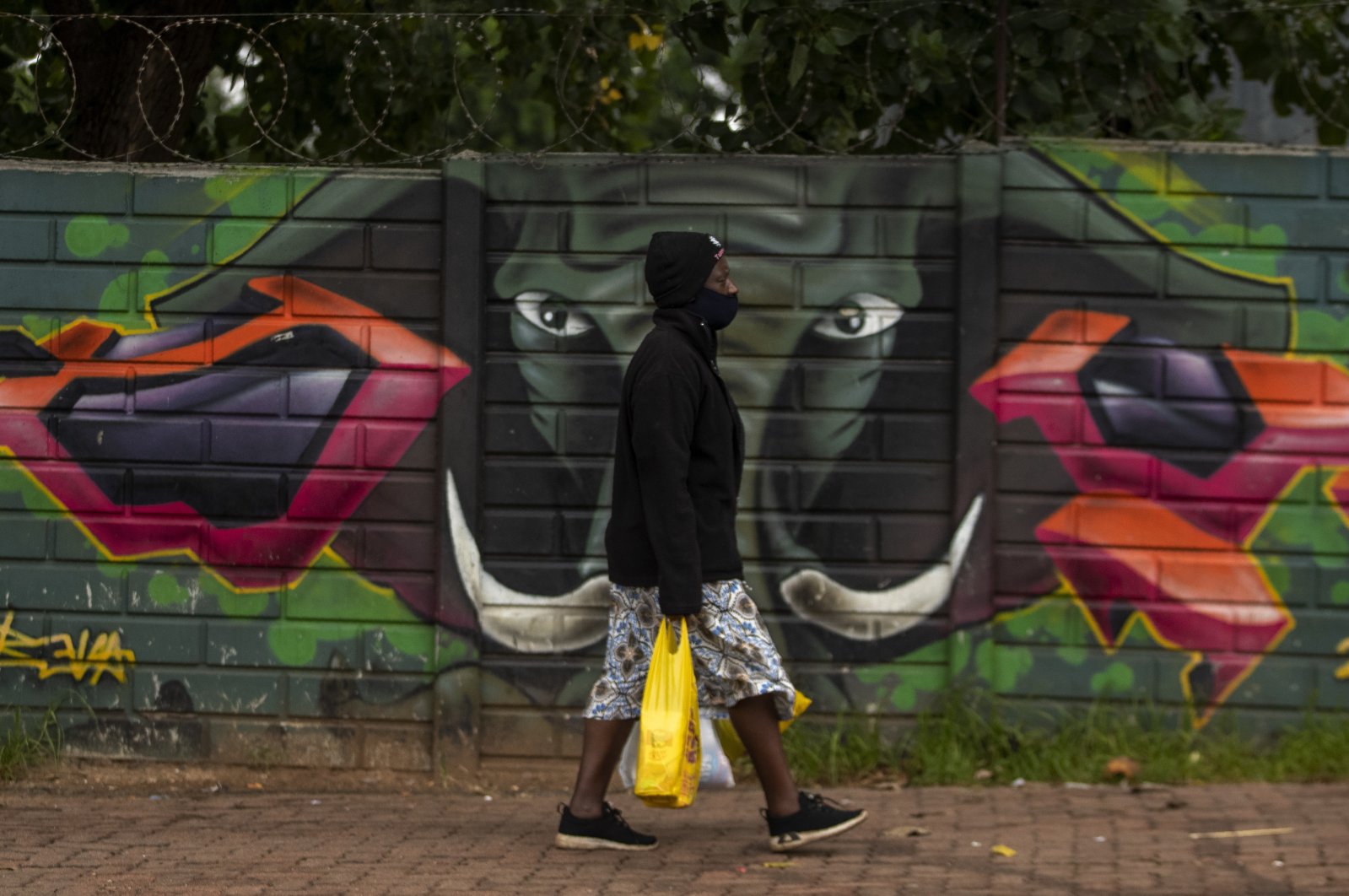 A woman wearing a face mask as a precaution against the coronavirus outbreak walks on the street in downtown Johannesburg, South Africa, Jan. 26, 2021. (AP Photo)
by Agencies Jan 29, 2021 12:00 pm
RECOMMENDED

The South African military has allowed Muslim women to wear headscarves as part of their uniform, an army official said Thursday.

In January last year, a military court dropped charges against an officer who had been indicted for wearing a hijab under her military beret.

Major Fatima Isaacs had been criminally charged in June 2018 with willful defiance and failing to obey lawful instructions after her superior asked her to remove her headscarf when in uniform.

A military court at the Castle of Good Hope near Cape Town withdrew all charges in January 2020, allowing Isaacs to exceptionally wear a tight black headwrap on duty as long as it did not cover her ears.

But the military did not amend its dress policy, prompting Isaacs to mount a challenge in South Africa's equality court over regulations restricting religious wear.

The South African Defence Force (SANDF) eventually agreed to amend its policy this week and allow all Muslim women to cover their heads while on duty.

"The SANDF dress regulation was updated to allow the wearing of headscarves by Muslim (women) according to stipulations in the dress regulations," spokesperson Mafi Mgobozi told Agence France-Presse (AFP) via WhatsApp Thursday.

The South Africa-based Legal Resources Centre, which represented Isaacs, welcomed the decision via Twitter on Wednesday and said it was withdrawing the equality court case.

In 2017, a South African school in Johannesburg withdrew the issuing of concession cards to allow headscarved Muslim students access into the school after public outrage. Northcliff High School decided to cancel its decision after parents and activists complained to him about the practice calling it "discriminatory." The move came after Abeedah Adams, a parent to one of the students who was issued a card, posted a complaint on Twitter saying her daughter had to carry the concession card every school day so as to be allowed to wear her headscarf. She compared the practice to the apartheid system where black South Africans were issued permits allowing them to travel from one town to another without being arrested. According to Anadolu Agency (AA), Abramjee and other parents have welcomed the decision and thanked the Education Minister for acting fast on the matter.