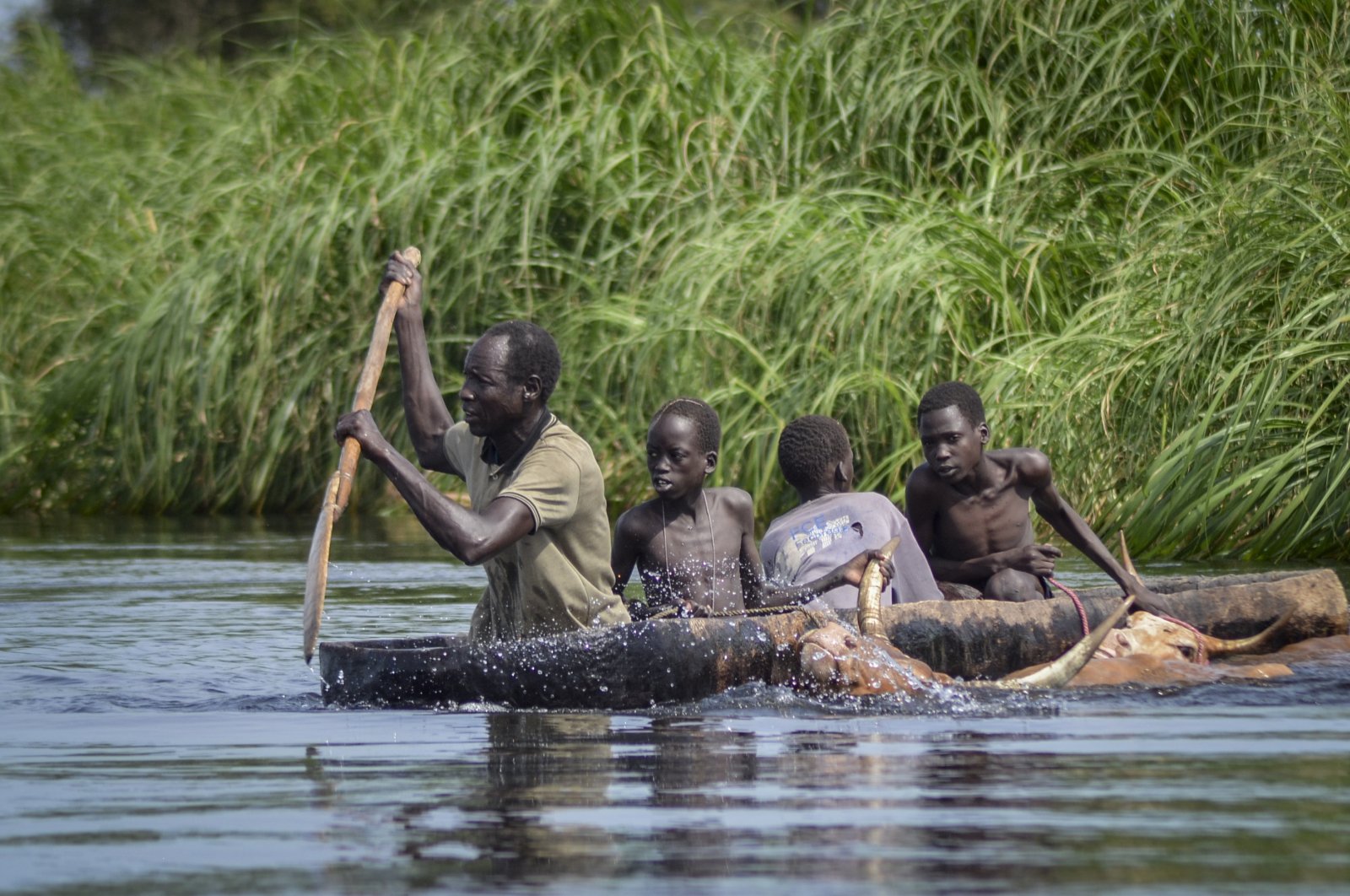 Some 426,000 people, including 185,000 children, have been affected and displaced in South Sudan by heavy flooding that submerged homes and farms, the United Nations' humanitarian agency said Tuesday.

Emergency workers have used canoes and boats to reach people cut off by the deluge, the U.N. Office for the Coordination of Humanitarian Affairs (OCHA) said in a briefing note, warning that more heavy rains and flooding were expected in the coming months.

The downpours "have exacerbated the vulnerability of communities, with many people displaced by the floods seeking refuge in churches and schools," the agency said.

Rescue teams have also struggled to get aid to some 25,000 people in Warrap, a northwest state plagued by deadly conflict between rival ethnic groups.

Around 100,000 of those displaced in last year's disaster have still not returned home, OCHA said.

In addition to health facilities being damaged or destroyed by the floods, 113 schools have also been affected, putting children's education at risk, it warned.

OCHA last month warned of limited supplies and a funding shortfall, saying that it had only received 54% of the $1.7 billion required to pay for programs in the country.

Funding shortages have also forced the U.N. World Food Programme to suspend food aid to over 100,000 displaced people in South Sudan, the agency said earlier this month, warning of further reductions unless it received more cash.

Four out of five of South Sudan's 11 million people live in "absolute poverty," according to the World Bank in 2018, while more than 60% of its population suffers from severe hunger from the combined effects of conflict, drought and floods.

Since achieving independence from Sudan in 2011, the young nation has been in the throes of a chronic economic and political crisis and is struggling to recover from the aftermath of a five-year civil war that left nearly 400,000 people dead.

Although a 2018 cease-fire and power-sharing deal between President Salva Kiir and his deputy Riek Machar still largely holds, it is being sorely tested, with little progress made in fulfilling the terms of the peace process.