Sudan braces for up to 200K fleeing Ethiopia conflict 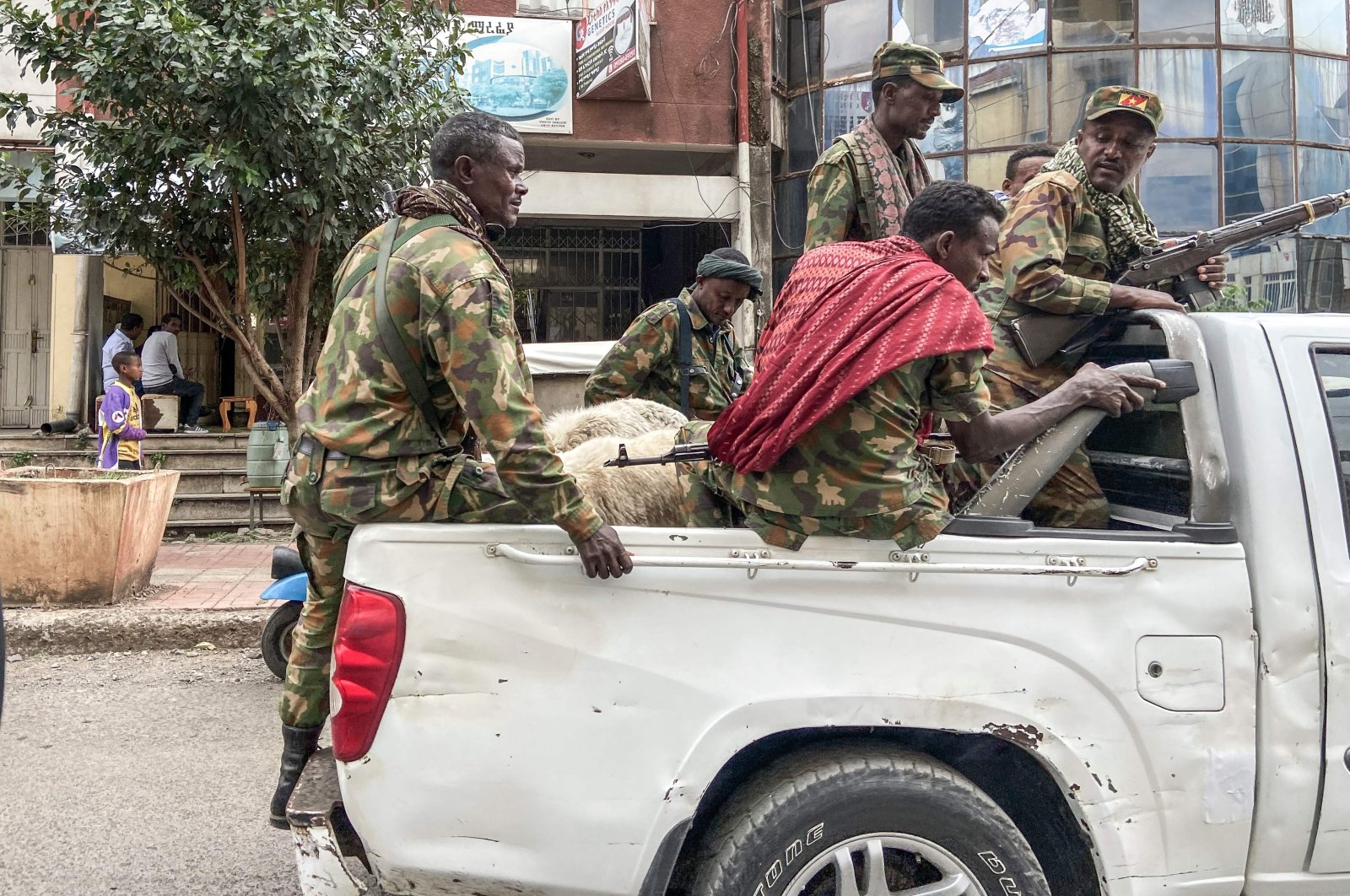 Members of the Amhara militia, which combat alongside federal and regional forces against forces in the northern region of Tigray, ride on the back of a pickup truck in the city of Gondar, Nov. 8, 2020. (AFP Photo)
by ASSOCIATED PRESS
Nov 11, 2020 3:00 pm

Up to 200,000 refugees could pour into Sudan while fleeing the deadly conflict in Ethiopia’s northern Tigray region, while the first details are emerging of largely cut-off civilians under growing strain.

Long lines have appeared outside bread shops in the Tigray region, and supply-laden trucks are stranded at its borders, the United Nations humanitarian chief in the country told The Associated Press in an interview.

“We want to have humanitarian access as soon as possible,” Sajjad Mohammad Sajid said. “Fuel and food are needed urgently.” Up to 2 million people in Tigray have a “very, very difficult time,” he said late Tuesday, including hundreds of thousands of displaced people.

Communications remain almost completely severed with the Tigray region a week after Ethiopia’s Nobel Peace Prize-winning Prime Minister Abiy Ahmed announced a military offensive in response to an alleged attack by regional forces. He insists there will be no negotiations with a regional government he considers illegal until its ruling “clique” is arrested and its well-stocked arsenal is destroyed.

The standoff leaves nearly 900 aid workers in the Tigray region from the U.N. and other groups struggling to contact the outside world with pleas for help. “Nine U.N. agencies, almost 20 NGOs (nongovernmental organizations), all depending on two offices” with the means to communicate, Sajid said. In addition, more than 1,000 people of different nationalities are stuck in the region, he said. That includes tourists. Countries urgently are seeking their evacuation.

There is no sign of a lull in the fighting that has included multiple airstrikes by federal forces and hundreds of people reported dead on each side.

Ethiopia’s federal government and Tigray’s regional government blame each other for starting the conflict. Each regards the other as illegal. It remains difficult for diplomats, experts and others to very either side’s claims.