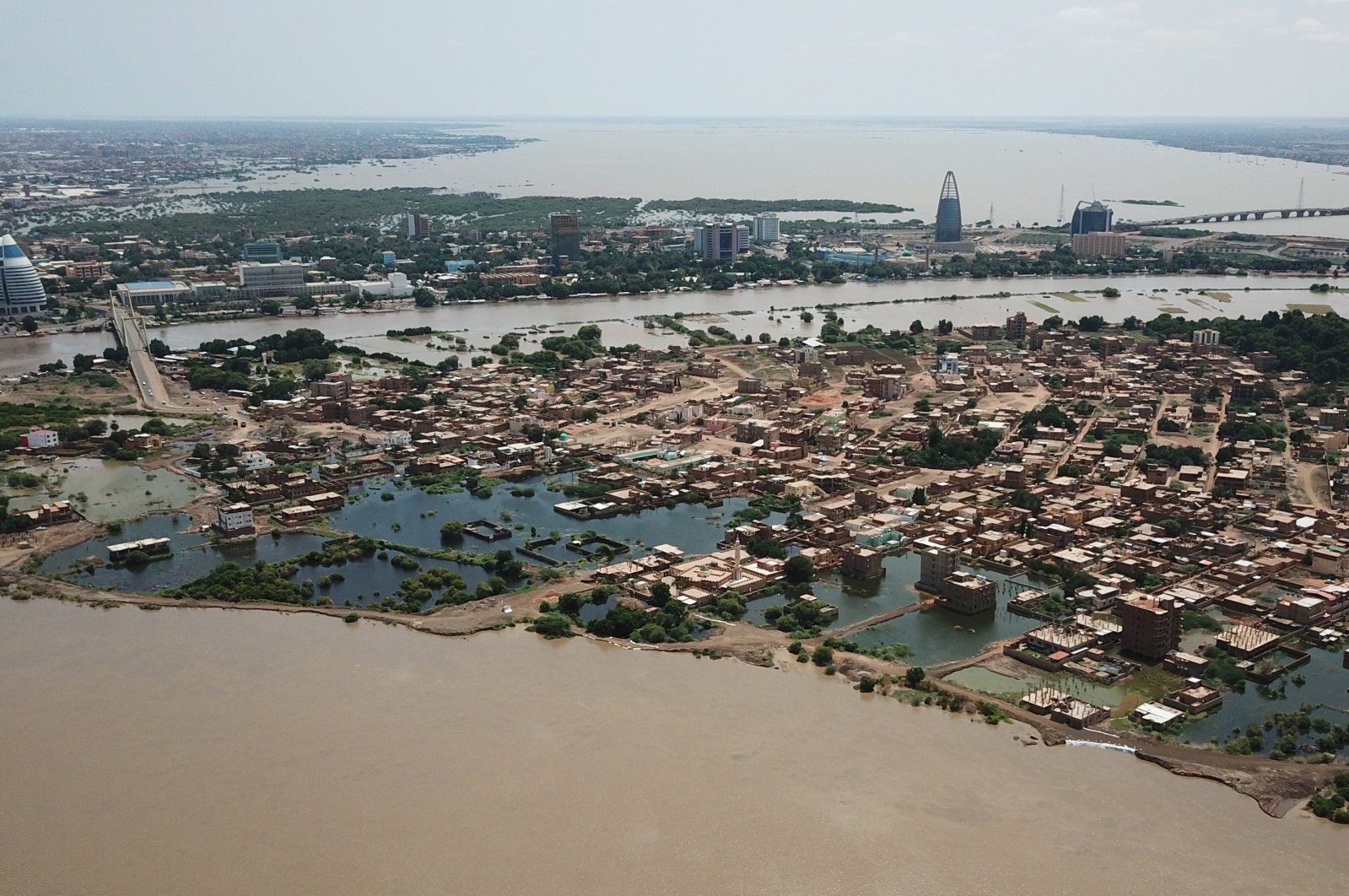 Sudanese authorities and the United Nations are rolling out aid to tens of thousands who have lost their homes following record-breaking flooding in the Nile, but many of those camping out on roadsides and higher ground are concerned as to when it will reach them.

The United Nations High Commissioner for Refugees (UNHCR) said that with the help of the United Arab Emirates (UAE) it had flown 100 metric tons of relief material including blankets to be distributed across 12 states.

The floods have left at least 102 people dead in the country and destroyed or damaged tens of thousands of homes, according to the interior ministry. Authorities have declared a three-month state of emergency.

Standing by tents in south Khartoum, Idris Ahmed, who lost his home, said the government was not giving enough support. "They are not helping, not doing anything," he said.

"I, as a citizen, am asking for my citizen's rights, am looking for refuge."

Residents packed into boats to check on their houses as parts of the capital Khartoum such as Toti Island at the confluence of the White and Blue Nile were submerged.

"We hope that things get better, that this flood gets better," said Alaa Eldin, another displaced person. "But from what we see, what is coming may be harder ... that is why we are calling on everyone to stand by the citizens, the simple, poor citizens who have lost their shelter and home."

Some 85,000 internally displaced and 40,000 refugees have been affected by the floods in Khartoum, in eastern Sudan, along the White Nile and the restive Darfur region who urgently needed help, the UNHCR said in a statement.