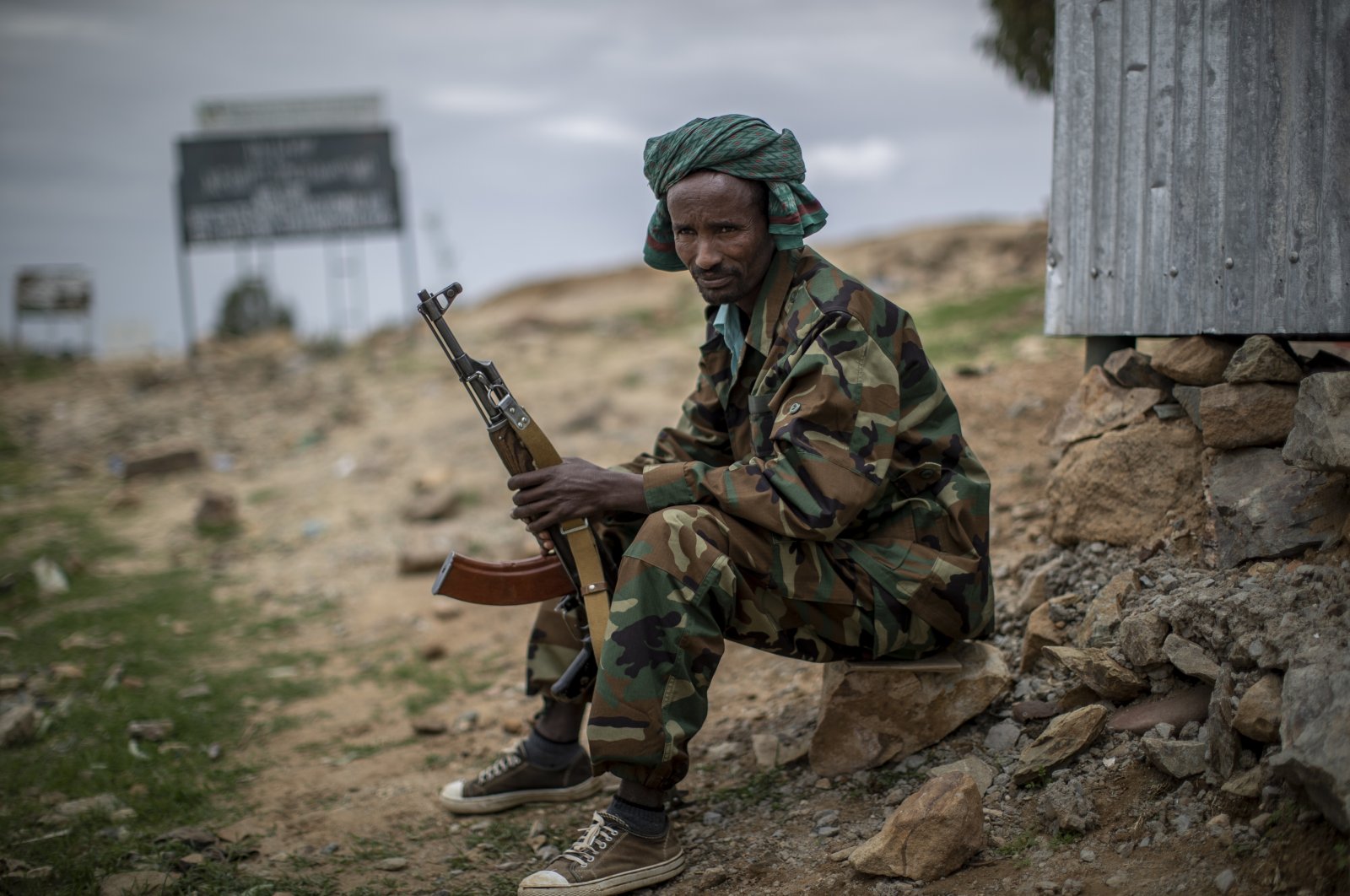 A fighter loyal to the Tigray People's Liberation Front (TPLF) mans a guard post on the outskirts of the town of Hawzen, then-controlled by the group, in the Tigray region of northern Ethiopia, May 7, 2021. (AP File Photo)
by German Press Agency - DPA Nov 21, 2021 1:05 pm

The Ethiopian army has launched a new aerial assault on the northern region of Tigray with unmanned aerial vehicles (UAVs), members of the Tigray People's Liberation Front (TPLF) said on Sunday, in another sign of worsening civil war in the country.

TPLF spokesperson Getachew Reda tweeted that the army sent a drone to attack a residential area of Mekelle around 1 a.m. Sunday (10:00 p.m. GMT on Saturday).

"It's become an unmistakable pattern for (Ethiopian Prime Minister Abiy Ahmed) to target residential quarters in Tigray whenever his forces are dealt a harsh blow in the battlefield," tweeted Reda.

There was no statement out of Addis Ababa, but national forces have launched multiple attacks on cities in the north in recent weeks.

Addis Ababa is at risk of falling to rebel forces. Its population has been urged to defend itself.

U.S. envoy to the region Jeffrey Faltman was in the capital until Saturday seeking to negotiate a ceasefire.

The TPLF controlled Ethiopia for 25 years before being forced into opposition when Abiy was elected Prime Minister in 2018, after which they consolidated their power base in Tigray.

A dispute last year between Addis Ababa and the TPLF about the postponement of national elections due to the coronavirus pandemic led to the current violence. Tigray went ahead with regional elections against the wishes of the national government, prompting clashes that have been ongoing since November 2020.