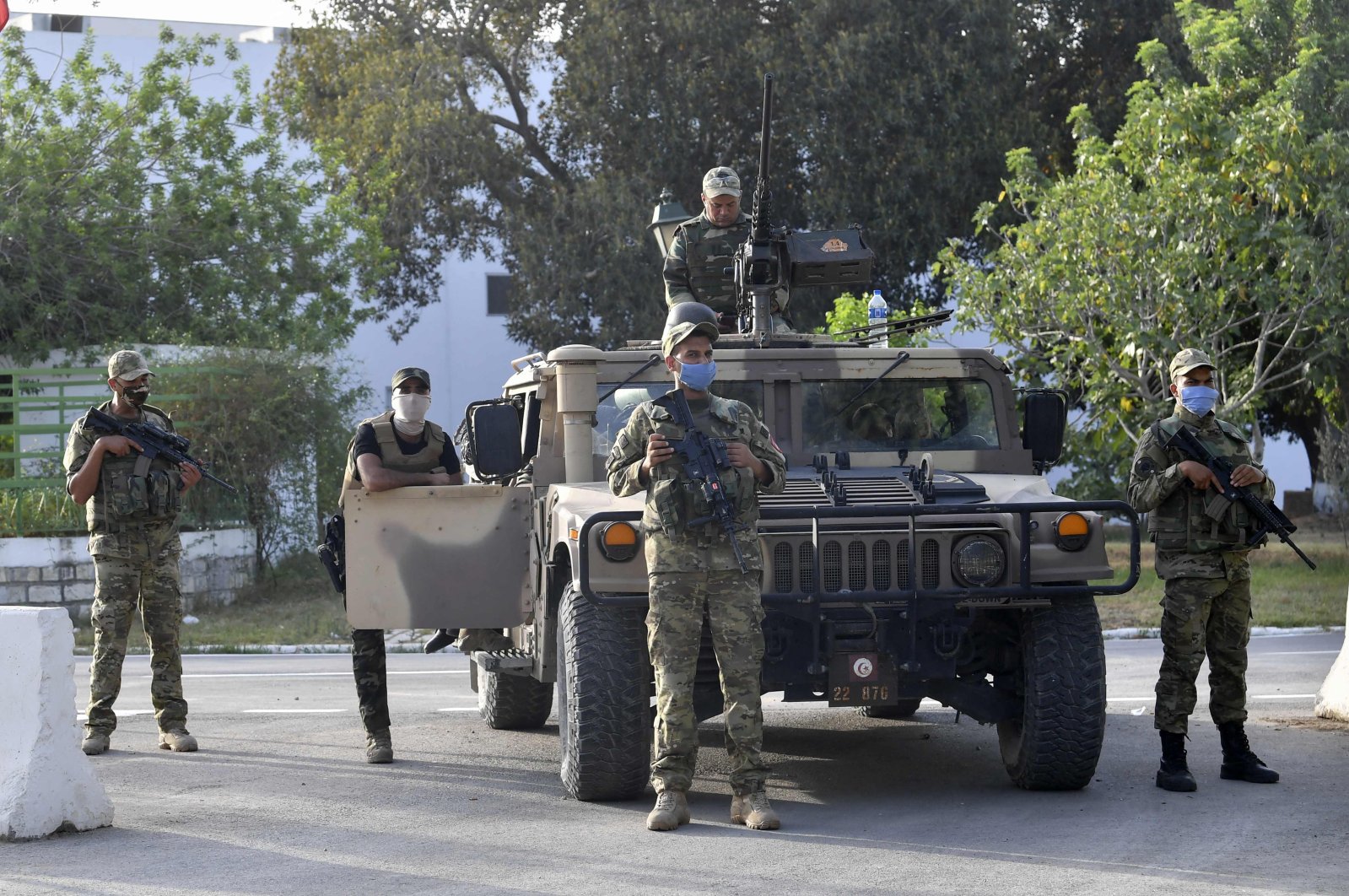 Tunisian soldiers cordon off the parliament building in the capital Tunis on July 26, 2021, following a move by the President to suspend the country's parliament and dismiss the Prime Minister. (AFP Photo)
by Agencies Jul 26, 2021 10:15 am
RECOMMENDED

Tunisian troops surrounded the country's parliament and blocked its speaker from entering after the president suspended the legislature and fired the prime minister following nationwide protests over the country’s economic troubles and the virus crisis.

Chief among them was the parliament speaker and head of Ennahdha movement, Rached Ghannouchi, who called it "a coup against the constitution and the (Arab Spring) revolution.” Ghannouchi led a sit-in protest Monday in front of the legislature, an Agence France-Presse (AFP) photographer said. Ghannouchi had tried to gain access at 3:00 a.m. (2:00 a.m. GMT), hours after Saied suspended parliament.

Thousands of people defied virus restrictions and scorching heat to demonstrate Sunday in the capital, Tunis, and other cities. The largely young crowds shouted "Get out!” and slogans calling for the dissolution of parliament and early elections. Clashes erupted in many places.

After the announcement of the president's decision, army units were deployed around the capital, and an Associated Press (AP) reporter saw military vehicles heading toward the parliament in nearby Bardo.

During the night, Ghannouchi tried to enter with an associate but was blocked, according to Mosaique FM news radio. He insisted the parliament would continue to work despite the president’s move.

The president cited concerns about violence as a reason for his decision and warned against any breach of public order, threatening troublemakers with severe penalties.

"We have taken these decisions ... until social peace returns to Tunisia and until we save the state,” he said in a military-style televised address. He invoked an article of Tunisia’s constitution allowing him to take "exceptional measures in the event of imminent danger threatening the institutions of the nation and the independence of the country and hindering the regular functioning of the public powers.”

The measure allows him to assume executive power and freeze parliament for an unspecified period of time until normal institutional workings can be restored. But Ghannouchi said the president didn’t consult with him and the prime minister as required by the article.

The three have been in conflict. Others also criticized the president’s decision. Former President Moncef Marzouki called for political dialogue, saying in a Facebook video, "We made a huge leap backward tonight, we are back to dictatorship.”