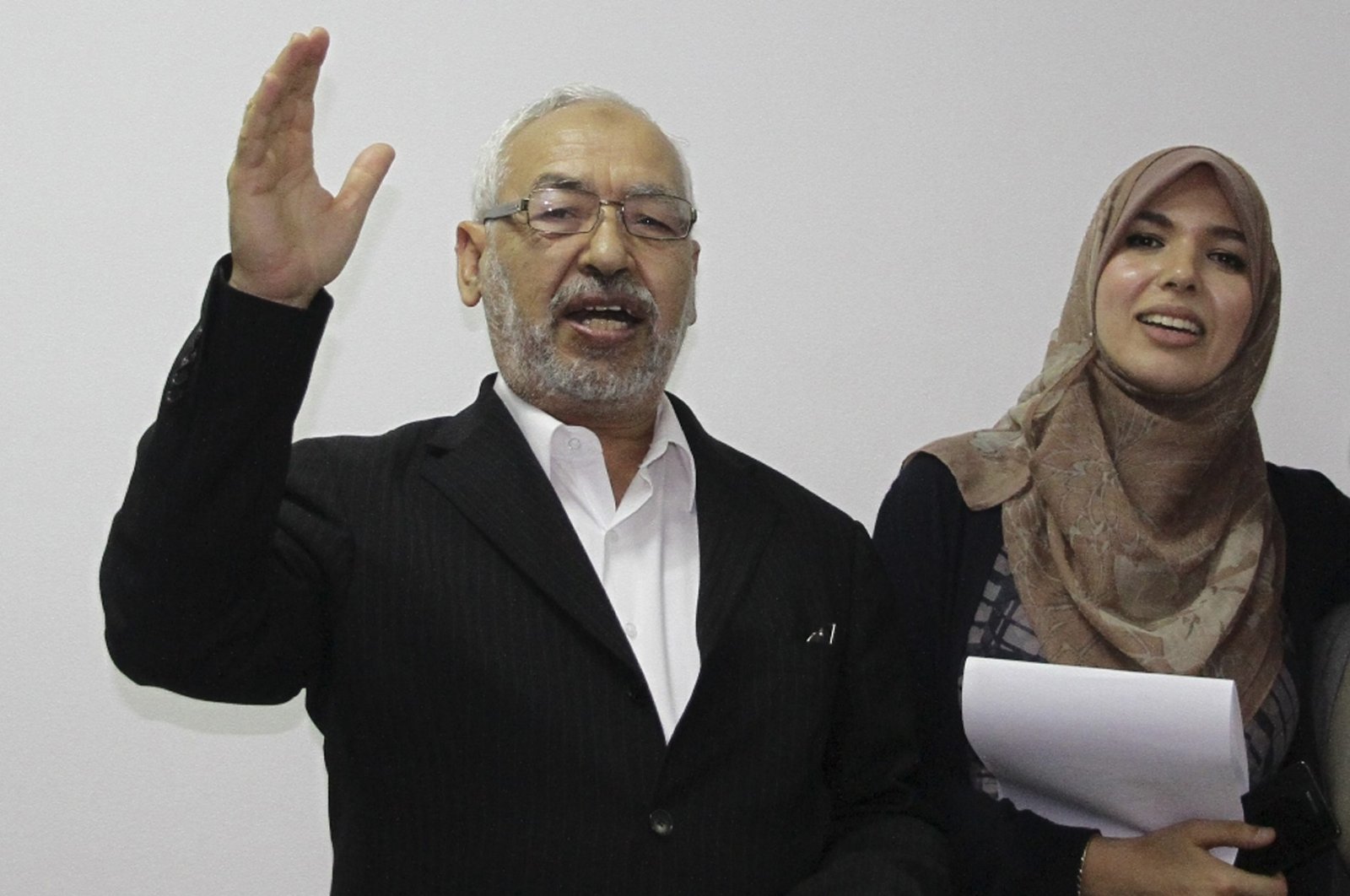 Rashid al-Ghannushi, Tunisian leader and founder of the moderate party Ennahda, celebrates an electoral victory with his daughter at the party's headquarters in Tunis, Tunisia, Oct. 27, 2011. (AP Photo)
by DAILY SABAH WITH AA
Jul 30, 2020 4:03 pm

Tunisia's parliament speaker, Rashid al-Ghannushi, retained his position after a no-confidence vote session failed to secure a majority on Thursday.

Ennahda members of parliament celebrated the failure of the no-confidence vote against their leader, with the results allowing al-Ghannushi to continue his 2020-2024 term.

Earlier Thursday, the Tunisian parliament began a secret vote on no-confidence for al-Ghannushi, the head of the parliament's biggest party, Ennahda.

The four blocs attribute their position to what they call "individually taken decisions by the speaker without consulting the Parliament Office, and issuing statements regarding Tunisia's foreign relations that contradict with the orientation of the Tunisian diplomacy."

The blocs failed to secure 109 votes out of 217 to withdraw confidence from al-Ghannushi, which was a challenge to the four blocs that championed the vote.

The Free Constitutional Bloc, which holds 16 seats, had announced it would also vote to remove al-Ghannushi, which would have raised the potential votes to 91, though still remained below the required majority.

"I am confident that it will be a moment to renew confidence in me as speaker of parliament and to re-endorse me," said al-Ghannushi in the press release on Friday after the decision to hold a confidence vote.

"I did not come to the presidency of the parliament by a tank, but I came through election."

"We respected the will of 73 lawmakers. This is not a small number. We accepted it for Tunisian democracy," he added.

On Friday, the Parliament Office approved that the no-confidence vote would be confidential and without deliberations or public debate among the deputies.