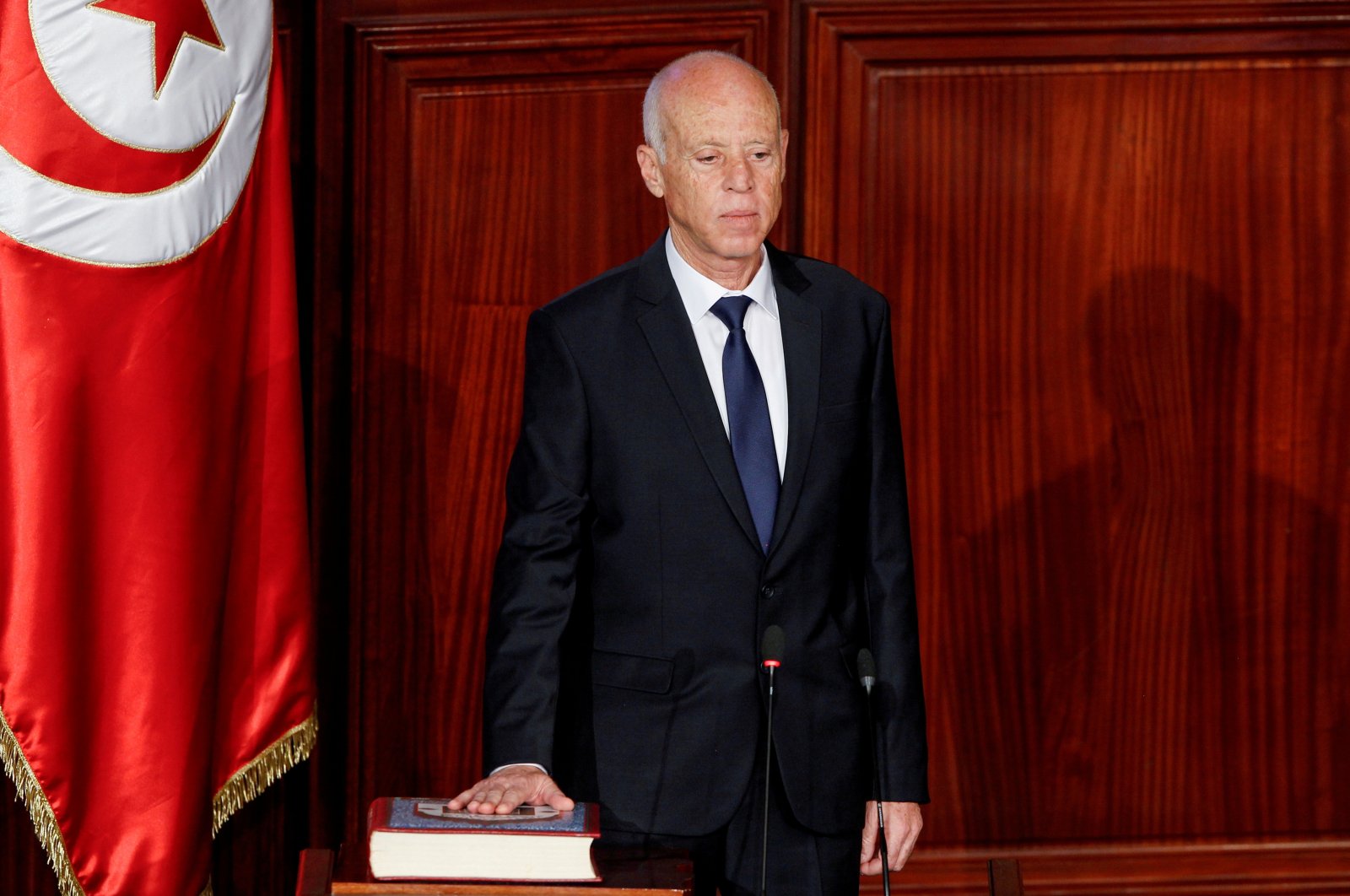 Tunisia's president dismissed the government and froze parliament on Sunday, prompting crowds to fill major cities in support of a move that dramatically escalated a political crisis, but that his opponents called a coup.

President Kais Saied said he would assume executive authority with the assistance of a new prime minister, in the biggest challenge yet to the democratic system Tunisia introduced in a 2011 revolution.

Crowds of people quickly flooded the capital and other cities, cheering and honking car horns in scenes that recalled the revolution, which triggered the Arab Spring protests that convulsed the Middle East.

However, the extent of support for Saied's moves against a fragile government and divided parliament was not clear and he warned against any violent response.

"I warn any who think of resorting to weapons... and whoever shoots a bullet, the armed forces will respond with bullets," he said in a statement carried on television.

Hours after the statement, military vehicles surrounded the parliament building as people nearby cheered and sang the national anthem, two witnesses said.

Years of paralysis, corruption, declining state services and growing unemployment had already soured many Tunisians on their political system before the COVID-19 pandemic hammered the economy last year and coronavirus infection rates shot up this summer.

Protests, called by social media activists but not backed by any of the big political parties, took place on Sunday with much of the anger focused on the moderate Ennahdha party, the biggest in parliament.

Ennahdha, banned before the revolution, has been the most consistently successful party since 2011 and a member of successive coalition governments.

Its leader Rached Ghannouchi, who is also parliament speaker, immediately labeled Saied's decision "a coup against the revolution and constitution" in a phone call to Reuters.

The leader of another party, Karama, and former President Moncef Marzouki both joined Ennahdha in calling Saied's move a coup.

"I ask the Tunisians people to pay attention to the fact that they imagine this to be the beginning of the solution. It is the beginning of slipping into an even worse situation," Marzouki said in a video statement.

Crowds numbering in the tens of thousands stayed on the streets of Tunis and other cities, with some people setting off fireworks, for hours after Saied's announcement as helicopters circled overhead.

"We have been relieved of them," said Lamia Meftahi, a woman celebrating in central Tunis after Saied's statement, speaking of the parliament and government.

"This is the happiest moment since the revolution," she added.

Saied said in his statement that his actions were in line with Article 80 of the constitution, and also cited the article to suspend the immunity of members of parliament.

"Many people were deceived by hypocrisy, treachery and robbery of the rights of the people," he said.

The president and the parliament were both elected in separate popular votes in 2019, while Prime Minister Hichem Mechichi took office last summer, replacing another short-lived government.

Saied, an independent without a party behind him, swore to overhaul a complex political system plagued by corruption. Meanwhile, the parliamentary election delivered a fragmented chamber in which no party held more than a quarter of seats.

The president has been enmeshed in political disputes with Mechichi for over a year, as the country grapples with an economic crisis, a looming fiscal crunch and a flailing response to the pandemic.

Under the constitution, the president has direct responsibility only for foreign affairs and the military, but after a government debacle with walk-in vaccination centers last week, he told the army to take charge of the pandemic response.

Tunisia's soaring infection and death rates have added to public anger at the government as the country's political parties bickered.

Meanwhile, Mechichi was attempting to negotiate a new loan with the International Monetary Fund (IMF) that was seen as crucial to averting a looming fiscal crisis as Tunisia struggles to finance its budget deficit and coming debt repayments.

Disputes over the economic reforms, seen as needed to secure the loan but which could hurt ordinary Tunisians by ending subsidies or cutting public sector jobs, had already brought the government close to collapse.