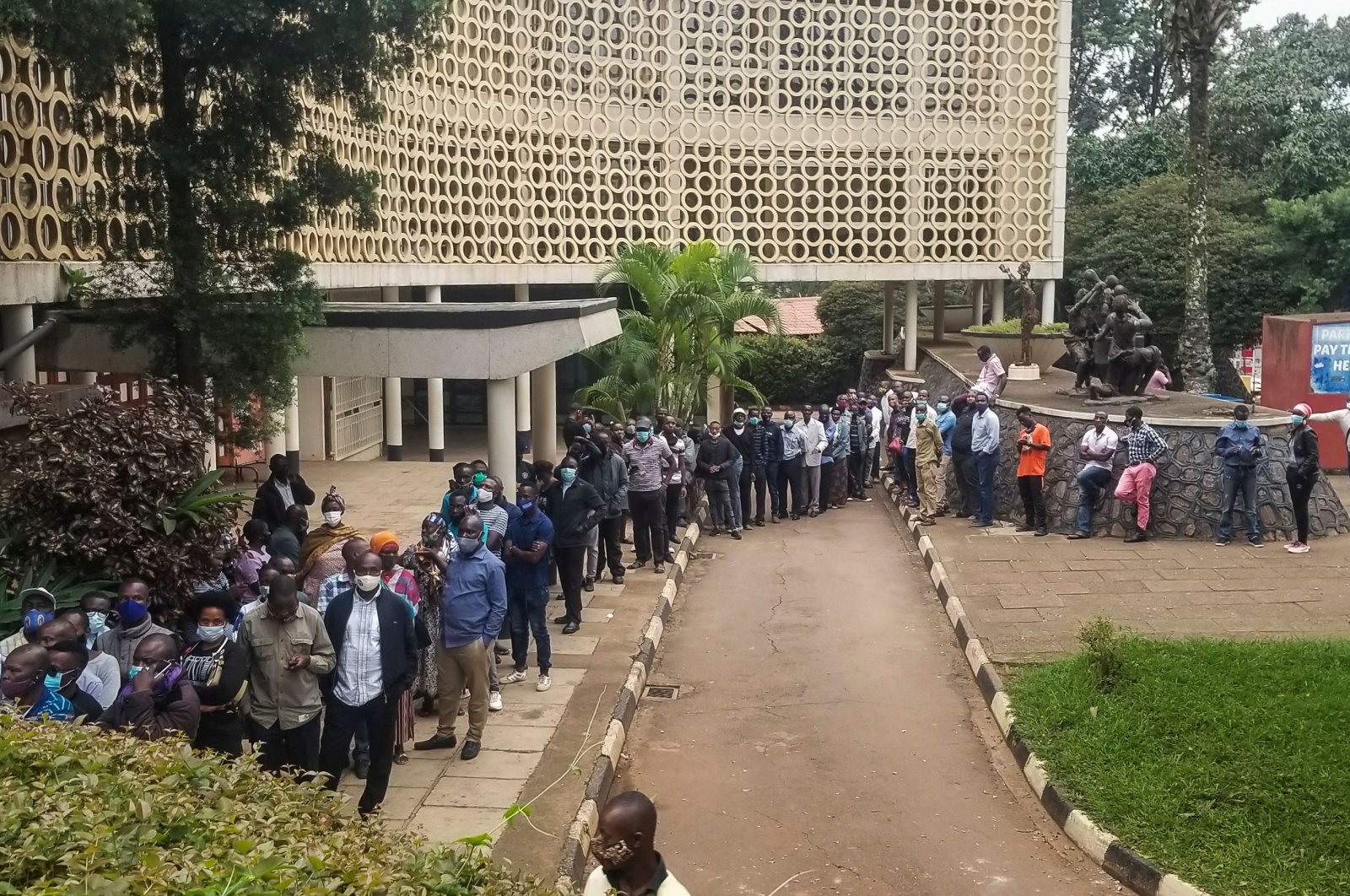 Ugandans began voting in a tense election Thursday under heavy security and an internet blackout as veteran leader Yoweri Museveni pursues a sixth term against a former pop star half his age.

The internet went down on the eve of the vote, with some parts of the country reporting complete disruptions or significant slowdowns.

Museveni is seeking a sixth term in office, having ruled for almost four decades, against singer-turned-MP Bobi Wine, 38, whose popularity among a youthful population has rattled the former rebel leader.

In the Kamwokya slum, where Wine grew up and is hugely popular, voters streamed to a polling station as police tried to enforce social distancing after weeks of surging coronavirus cases in the East African nation.

A group of about two dozen riot officers marched past, with heavy military and police presence in other parts of the capital.

"I am here to change the leadership of this nation because for years they've been telling me they will secure my future. They have not done that," said driver Joseph Nsuduga, 30, one of the first in line to vote. "I need to see change for my children. People are yearning for change but we are seeing nothing."

Voting was delayed in several locations in the capital Kampala, beginning about half an hour after the official starting time of 7 a.m. (4 a.m. GMT). Polls close at 4 p.m. (12 p.m. GMT).

Some 18 million voters are registered for the presidential and parliamentary vote, and results are expected by Saturday.

Museveni has ruled Uganda without pause since seizing control in 1986 when he helped to end years of tyranny under Idi Amin. Once hailed for his commitment to good governance, the former rebel leader has crushed any opposition and tweaked the constitution to allow himself to run again and again.

The United States, European Union, United Nations and global rights and democracy groups have raised concerns about the integrity and transparency of the election. Only one foreign organization, the African Union (AU), has sent monitors, along with an AU women's group.

On Wednesday, the United States, a major aid donor to Uganda, announced it was canceling a diplomatic observer mission after too many of its staff were denied permission to monitor the election.

In a statement, U.S. Ambassador Natalie Brown warned the refusal meant the election "will lack the accountability, transparency and confidence" brought by independent oversight.

On Tuesday, Museveni announced the suspension of social media networks and messaging services like Instagram, Twitter and WhatsApp in response to Facebook closing accounts linked to government officials the tech giant said were spreading misinformation.

Wine is the strongest of 10 opposition contenders trying to unseat Museveni. But most observers expect the aging president and his ruling National Resistance Movement to emerge victoriously.

He has never lost an election and has been counting down the days to victory in confident campaign advertisements, promising to invest more in infrastructure, health and education and build Uganda's economy.

But Wine, whose real name is Robert Kyagulanyi, has accused the president of presiding over corruption and failing to deliver jobs.

The population has a median age of just less than 16, and many Ugandans have never known anyone but Museveni in charge.

In Kamwokya Cate Nabbale, 20, a primary school teacher, voted for the first time. "I am so excited ... I want to see Uganda growing, things changing," she told Agence France-Presse (AFP). Wine has vowed nonviolent street protests should Ugandans feel the election was stolen.

The opposition leader has urged them to turn out in large numbers and vote, saying they should not fear intimidation by the authorities. Museveni has warned his opponents against taking to the streets. "If you use violence to protest against an election result, that is treason," Museveni said in a national address Tuesday.