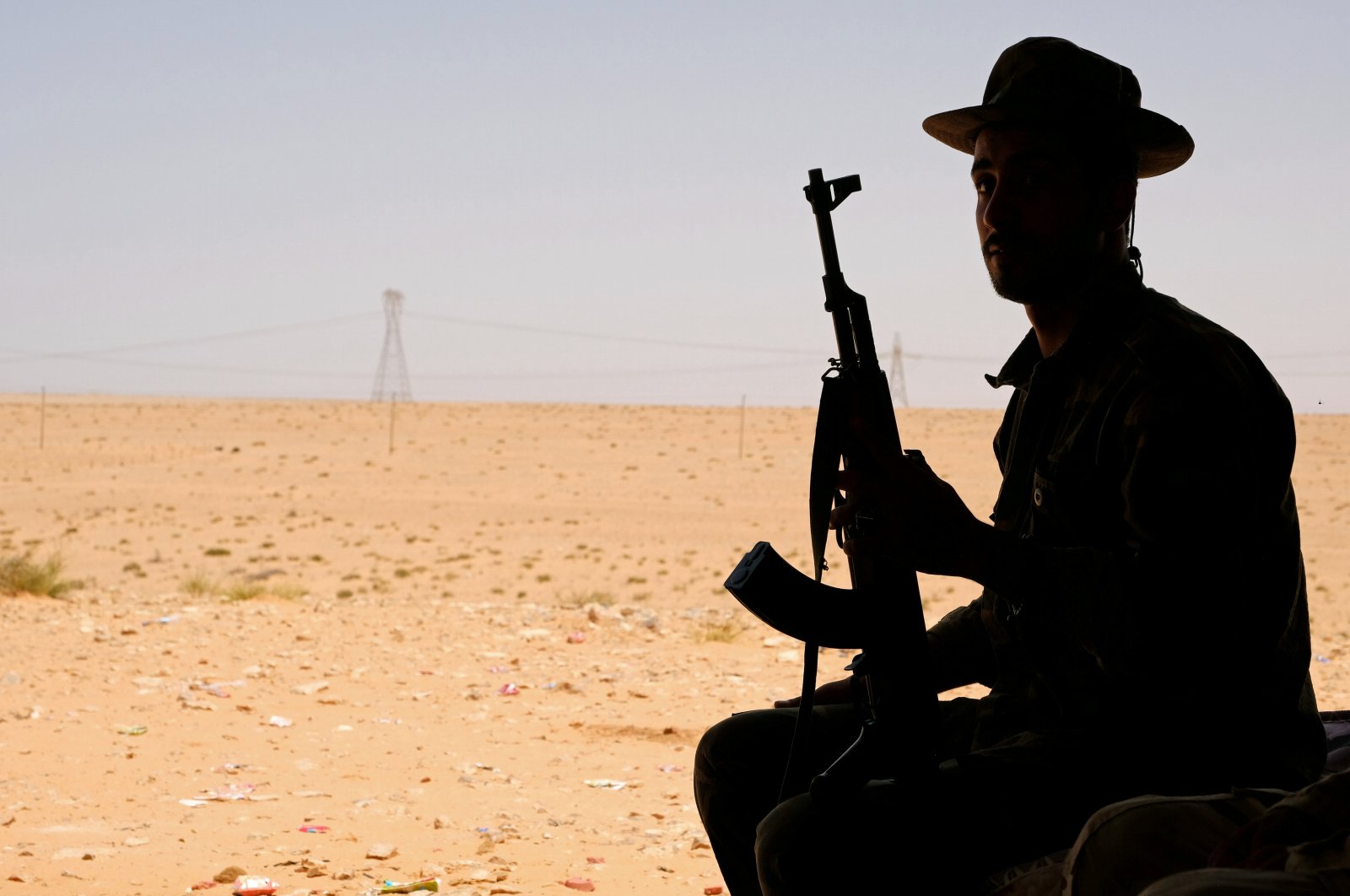 A member of the Libyan National Army (LNA) commanded by warlord Khalifa Haftar sits in a tent at one of their sites in west of Sirte, Libya Aug. 19, 2020. (Reuters Photo)
by French Press Agency - AFP Sep 11, 2020 7:35 pm
RECOMMENDED

After more than six months of squabbling, the U.N. Security Council has agreed to name a new special envoy for Libya and a "coordinator" who will be second in command, diplomats said Friday.

The Council will vote early next week on a draft resolution that would renew the U.N. Support Mission in Libya (UNSMIL) until Sept. 15, 2021, and spell out the leadership structure.

The draft, seen by Agence France-Presse (AFP), says the Council had decided "UNSMIL should be led by a Special Envoy of the Secretary-General ... with a particular focus on good offices and mediation with Libyan and international actors to end the conflict."

Under the envoy's authority, "an UNSMIL Coordinator shall be in charge of UNSMIL's day-to-day operations and management" of its roughly 200 staff, the text says.

The Council will ask Secretary-General Antonio Guterres to "appoint his Special Envoy without delay," according to the document.

U.N. Libya envoy Ghassan Salame stepped down in March for health reasons and bickering between the United States and its partners on how the role should be defined has stalled naming a successor.

Guterres had tapped former Algerian foreign minister Ramtane Lamamra, but Washington nixed his nomination for reasons that were not made public.

The U.N. chief then turned to former Ghanaian minister Hanna Serwaa Tetteh but the U.S. again rejected it, asking that the post be split in two – a political envoy and a boss for the U.N. mission, as is the situation for Cyprus or Western Sahara.

Washington pushed for former Danish prime minister Helle Thorning-Schmidt to be the next special envoy but the other 14 Council members criticized that choice, diplomats said.

Libya has endured almost a decade of violent chaos since the 2011 NATO-backed uprising that toppled and killed veteran dictator Moammar Gadhafi.

The U.N.-recognized Government of National Accord (GNA) and an eastern administration led by putschist Gen. Khalifa Haftar are vying for power against a backdrop of dozens of local conflicts.

The U.N. mission in Libya has been run since Salame's resignation by his deputy, American diplomat Stephanie Williams. She is due to leave at month's end.

In a letter to Guterres earlier this month, the GNA said it supported the U.S. solution of splitting the mission leadership in two, with an envoy and a coordinator.

The proposed resolution, drafted by Britain, asks Guterres to "assess the steps required to reach a lasting cease-fire" over the next two months and to make recommendations for how the U.N. can take part in "scalable cease-fire support."

The text asks for "full compliance" by all U.N. member states with an arms embargo put in place in 2011, which has been repeatedly breached.

It also asks countries to end "all support" for armed mercenaries in the war-wracked country and their immediate withdrawal, as well as no further foreign intervention.

Turkey and Qatar have backed the GNA, while the United Arab Emirates (UAE), Egypt and Russia support Haftar.