Vaccine passport comes to S. Africa ahead of easing restrictions 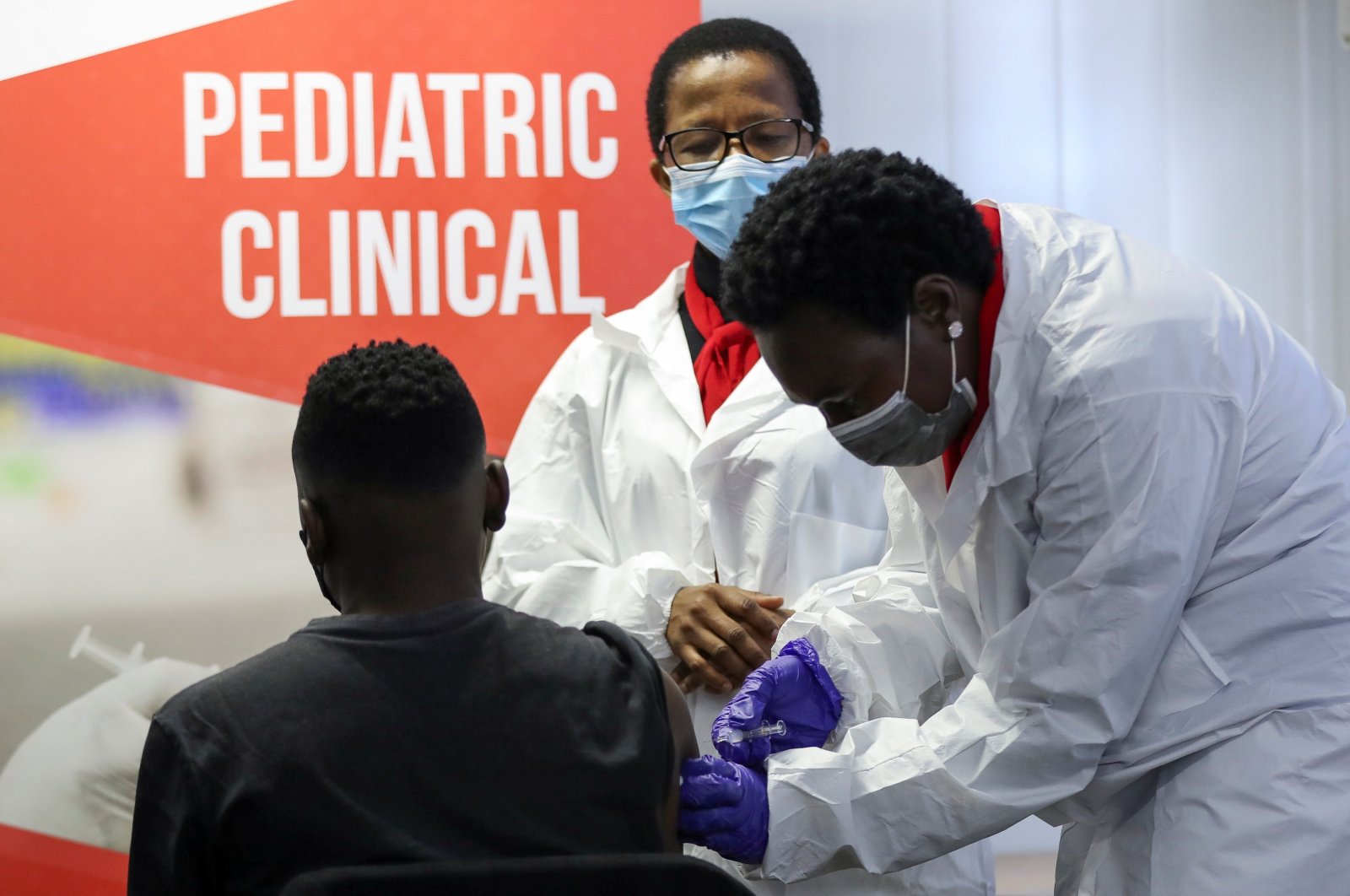 A health worker administers a vaccine during the launch of the South African leg of a global Phase 3 trial of Sinovac's COVID-19 vaccination of children and adolescents, in Pretoria, South Africa, Sept. 10, 2021. (REUTERS Photo)
by French Press Agency - AFP Sep 12, 2021 10:50 pm
RECOMMENDED

Cape Town is planning to introduce COVID-19 "vaccine passports" to prevent the widespread skepticism of the jab ahead of an easing of movement restrictions this week, South Africa's President Cyril Ramaphosa announced Sunday.

After sluggish vaccine procurement and a delayed rollout, Africa's worst-hit country for COVID-19 is now struggling with low take-up, particularly among men.

In a televised address to the nation, Ramaphosa stressed that an immunized adult population was key to fully reopening the economy and avoiding a fourth infection wave.

In two weeks, we will "be providing further information on an approach to "vaccine passports," which can be used as evidence of vaccination for various purposes and events," he said without providing further details.

But he added that "a sustained decline in infections ... over the last few weeks" would allow for an easing of confinement measures from Monday.

A nighttime curfew will be shortened, starting at 11 p.m. instead of 10 p.m., and limits on indoor and outdoor gatherings will be increased.

Restrictions on the sale of alcohol will also be relaxed, although face masks remain mandatory in public.

South Africa has passed the peak of a stubborn third infection wave driven by the delta coronavirus variant, said Ramaphosa.

The average number of daily new infections has been 29% lower over the past seven days than during the previous week, and 48% lower than the week before that, he added.

"Our most urgent task is to vaccinate our population," he said, noting that jab supplies "were no longer a constraint."

"If many people are not vaccinated ... the chance of new and more dangerous variants emerging if far greater," he warned.

Just over 7 million people in South Africa have been fully vaccinated to date, with more than a quarter of all adults jabbed with at least one dose.

The country aims to inoculate 40 million South Africans – around two-thirds of the population – by March next year.

Authorities have recorded more than 2.8 million coronavirus cases since the pandemic hit, of which at least 84,877 of them have been fatal.

Scientists in the country have been keeping tabs on a new homegrown variant with an unusually high mutation rate dubbed C.1.2., although its frequency remains low.