West African summit ends with no deal on Mali crisis 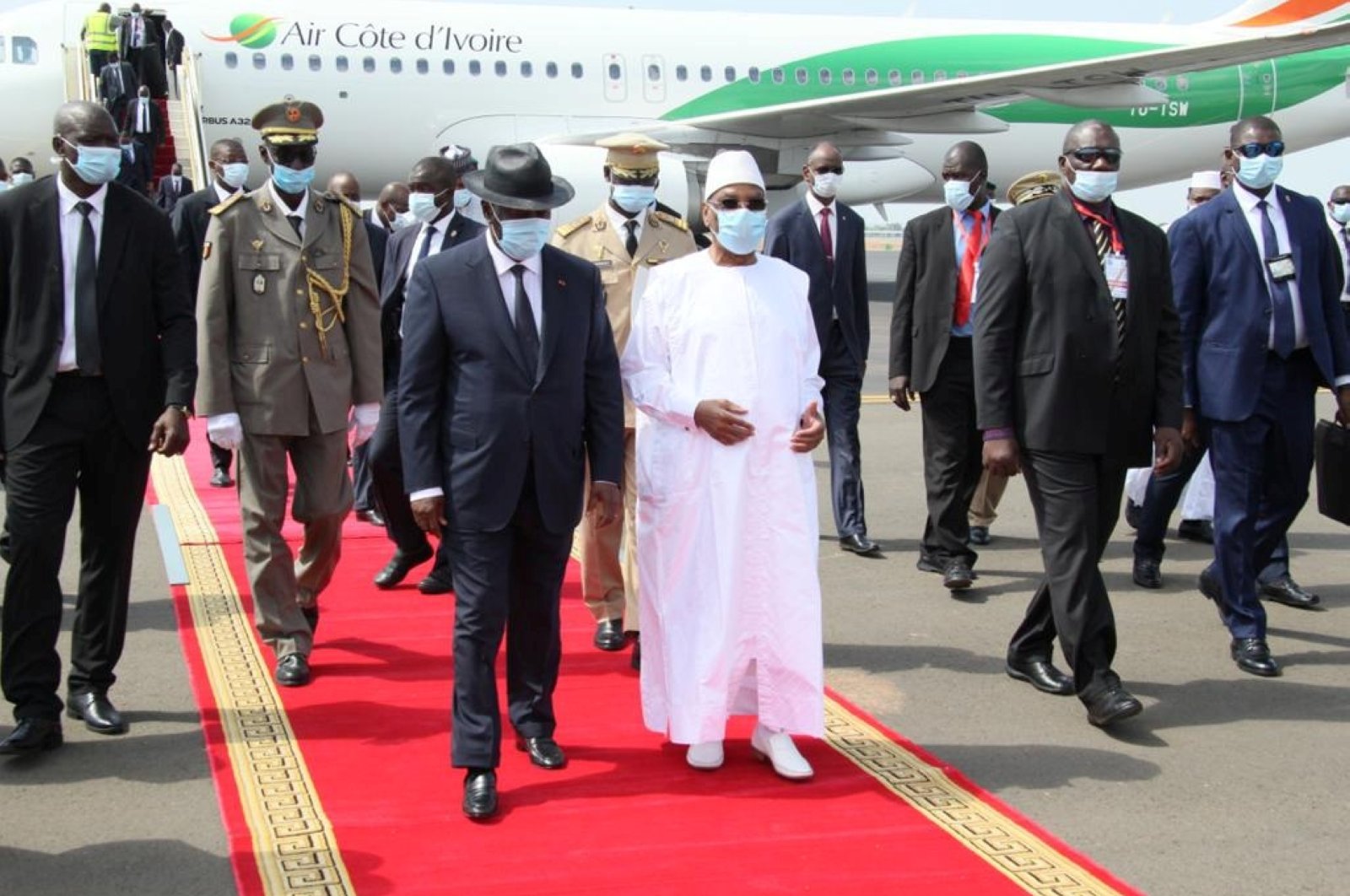 West African leaders ended a daylong summit in Mali on Thursday without a deal to soothe the country's escalating political crisis.

Five of the region's leaders met Mali President Ibrahim Boubacar Keita and leaders of a protest movement clamoring for his resignation, as a long-running insurgency threatens to throw the country into chaos.

But the intervention failed to seal a deal and Niger's President Mahamadou Issoufou, at the talks along with the leaders of Senegal, Ivory Coast, Ghana, Nigeria, said Western African bloc ECOWAS would hold a summit on Monday.

"Nothing has moved for the movement," said one of the protest leaders, Imam Mahmoud Dicko, after holding talks with the presidents.

Earlier as the foreign leaders arrived on Thursday morning, a small group of demonstrators gathered outside the airport.

"We're here to demand IBK's resignation and ensure our comrades who have been killed are not forgotten," said Yaya Sylla, a young protester, using the acronym by which Mali's leader is known.

The June 5 Movement, named after the date when the protests began, has tapped into deep anger over Keita's perceived failure to tackle the dire economy, corruption and the eight-year revolt. Malians are also incensed at the disputed outcome of long-delayed parliamentary elections in March and April that handed victory to Keita's party.

The summit came on the heels of a five-day mediation mission from the 15-nation Economic Community of West African States (ECOWAS), which ended on Sunday without reconciling the two sides.

The West African leaders discussed proposed solutions that had been crafted in behind-the-scenes talks between the president and opposition this week.

Keita, who came to power in 2013, has come under increasing pressure to end Mali's long-running conflict.

The poor nation of some 20 million people has been struggling to contain an insurgency that has driven hundreds of thousands of people from their homes since 2012, despite the presence of foreign troops.

In the latest violence, a French soldier was killed and two others were wounded in a suicide car bomb attack in northern Mali on Thursday, according to France's presidency and the French army.

But much of the current tension was sparked in April, when the constitutional court tossed out 31 results from the parliamentary elections, benefiting Keita's party and sparking protests.

Tensions then ratcheted up into a crisis on July 10 when an anti-Keita rally organized by the June 5 Movement turned violent.

Three days of clashes between protesters and security forces left 11 dead and 158 injured in the worst political unrest Mali had seen in years.

Seeking a way out, ECOWAS mediators suggested forming a new unity government including opposition members and appointing new constitutional court judges who could potentially reexamine disputed election results. But the June 5 Movement had already rejected any outcome that did not involve Keita's departure.