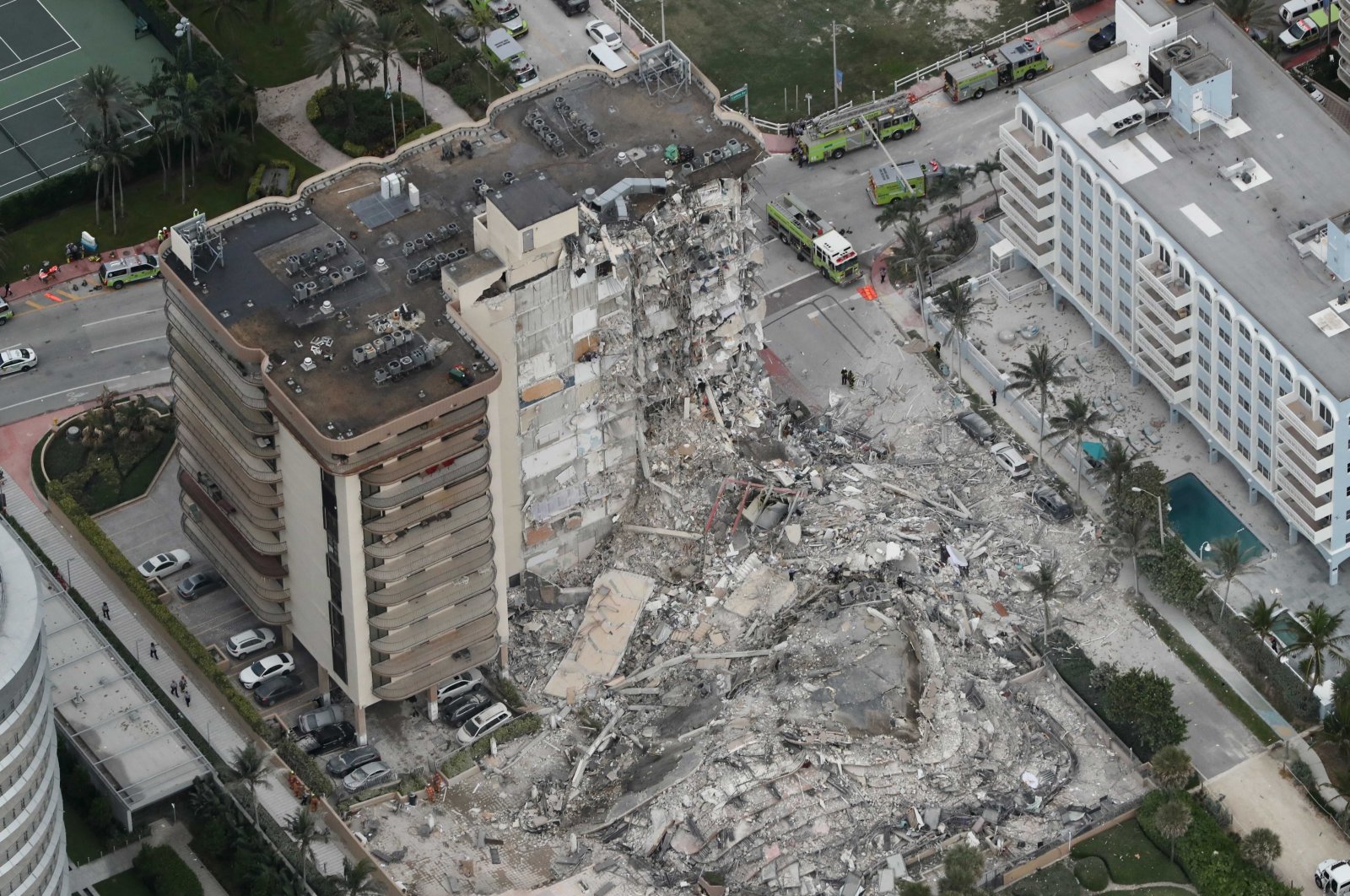 A 12-story oceanfront apartment block in Florida partially collapsed early Thursday, killing at least one person and leaving dozens more unaccounted for as teams of rescuers combed the rubble for possible victims.

Video footage posted online showed a large portion of the building in the town of Surfside – just north of Miami Beach – reduced to rubble, with the apartments' interiors exposed. It was unclear what caused the building to collapse, nor how many people were inside at the time, since it was occupied by a mix of full-time and seasonal residents and renters according to Miami-Dade County Commissioner Sally Heyman.

"It's hard to get a count on it," Heyman told CNN. "It is 51 people who were supposedly, supposedly, residing there at the time (and) have not either called out or had people call in to reach them."

"But you don't know between vacations or anything else. So we're still waiting. And unfortunately, the hope is still there, but it's waning," she added.

Around 55 apartments were affected by the collapse, according to Miami-Dade Fire Rescue Assistant Chief Ray Jadallah who told a news conference that emergency services arrived at the scene at around 1:30 a.m., evacuating 35 people from the building.

Some residents were able to walk down the stairs to safety while others had to be rescued from their balconies. One death was confirmed by Surfside Mayor Charles Burkett, and Neyman said some 14 survivors had been recovered from the rubble.

She said the search phase of operations had now concluded and that the focus was now on the recovery of possible victims amid the rubble, in a massive operation assisted by drones and dogs and involving both police and firefighter units.

"Apparently when the building came down it pancaked, so there's just not a lot of voids that they're finding or seeing from the outside," Burkett said on NBC's Today show. Surfside's town manager Andrew Hyatt told the news conference that search operations could last a week. At least four Argentinians – three adults and a six-year-old girl – were among those unaccounted for, according to the country's foreign ministry.

Surfside's mayor said the reasons for the collapse were still unclear.

"It looks like a bomb went off, but we're pretty sure a bomb didn't go off, so it's something else," Burkett said. Santo Mejil, a local resident, said his wife was an overnight caretaker who was in the complex when it collapsed. "She said she heard a big explosion. It felt like an earthquake," he told the Miami Herald newspaper, tearing up as his wife called again to say she was being evacuated from the complex. One witness, 25-year-old Julian Targowski, described the sound of the collapse.

"It was like a very bass-y, like boom boom, boom boom, that kind of thing," he told local television WFOR. "Like, a ton of bass on a subwoofer, basically, like just two of them," he said. "Then my friend texted me that a building had exploded." Local media said records showed the block was built in 1981 and had more than 130 units inside. Neyman told CNN the building had been undergoing construction work on its roof, although she also stressed the reasons for the collapse were not clear.

Miami-Dade Mayor Daniella Levine Cava tweeted out a message of support, writing: "My prayers are with all those impacted by this horrific tragedy and with their families." "We are so grateful to @MiamiDadeFire, @MiamiBeachFire and all the first responders on the scene - may they stay safe while working to save lives."