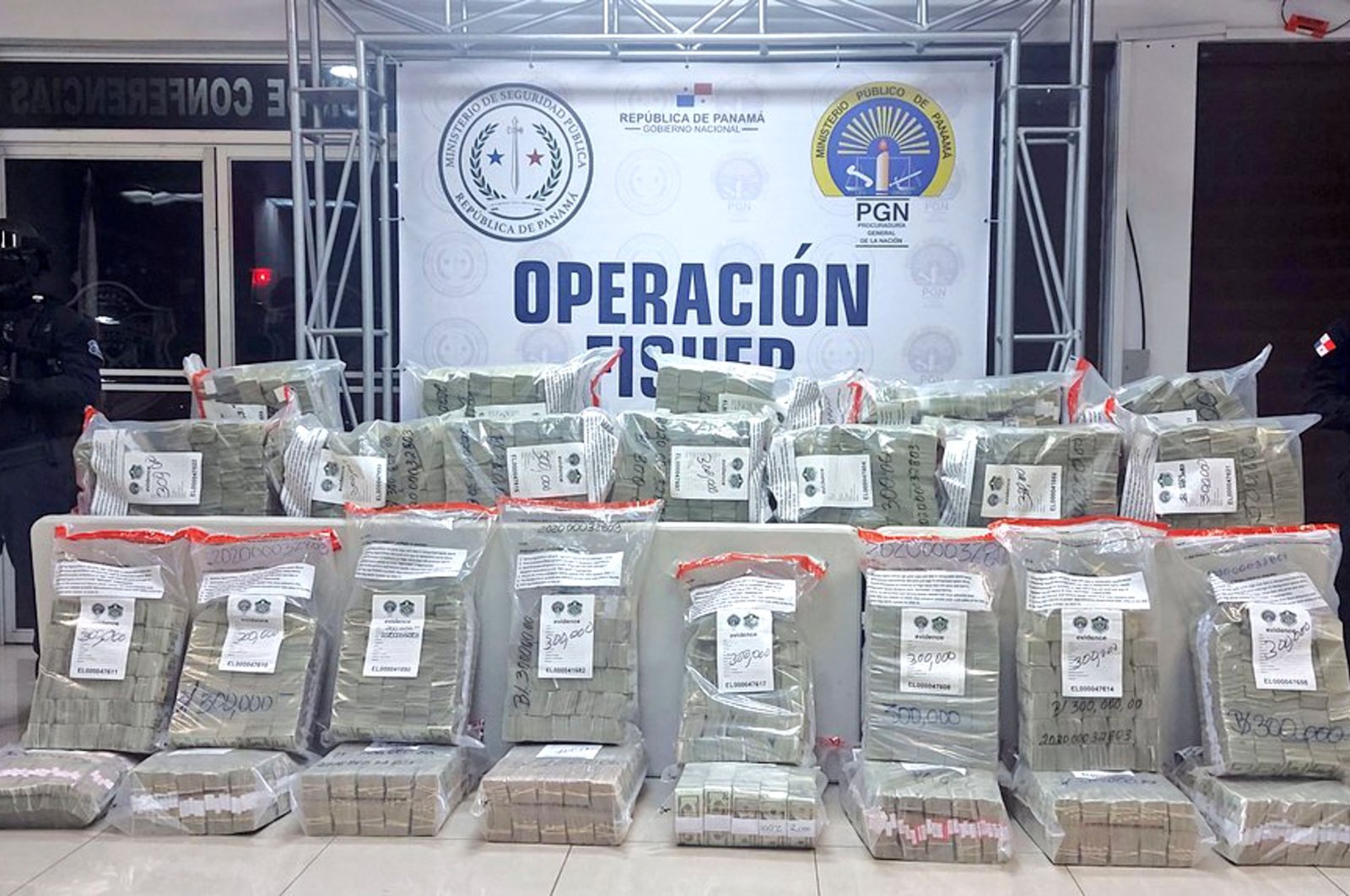 Authorities in Panama seized a record haul of more than $10 million in cash of drug money in a crackdown on gangs linked to neighboring Colombia's embattled "Clan del Golfo" cartel, or "Gulf Clan."

The number of cash bills was so much that it took investigators more than 12 hours to add up the money using a dozen machines, several of which failed under the strain, the prosecutor's office said.

The money was found in three different hiding places in a house in Nueva Providencia in the Caribbean province of Colon.

"This is, without a doubt, the largest seizure of drug trafficking money made in the entire history of the country," Prosecutor Javier Caraballo told reporters Thursday.

"The money-counting machines are finding it hard to keep up ... some got damaged (from the counting) and had to be replaced," he added.

The bust was part of a police operation that resulted in the arrest of 57 people this week with suspected links to the Gulf Clan, which has been weakened by the capture in Colombia of its leader and dozens of other members since last month.

The clan controlled about a third of cocaine production in Colombia, the world's largest exporter of the drug.

The United States is the main consumer.

Those arrested in the Panama operation, including five police officers, are accused of receiving large quantities of drugs from Colombia and hiding it before sending it on to the U.S. via Central America.

The operation, in which agents of the U.S. Drug Enforcement Administration (DEA) participated, also seized 10 firearms and 38 luxury vehicles belonging to the group.

"We are talking about a big blow to a criminal group where it hurts most, in money," said Caraballo.