18 injured in fire aboard US Navy ship in San Diego 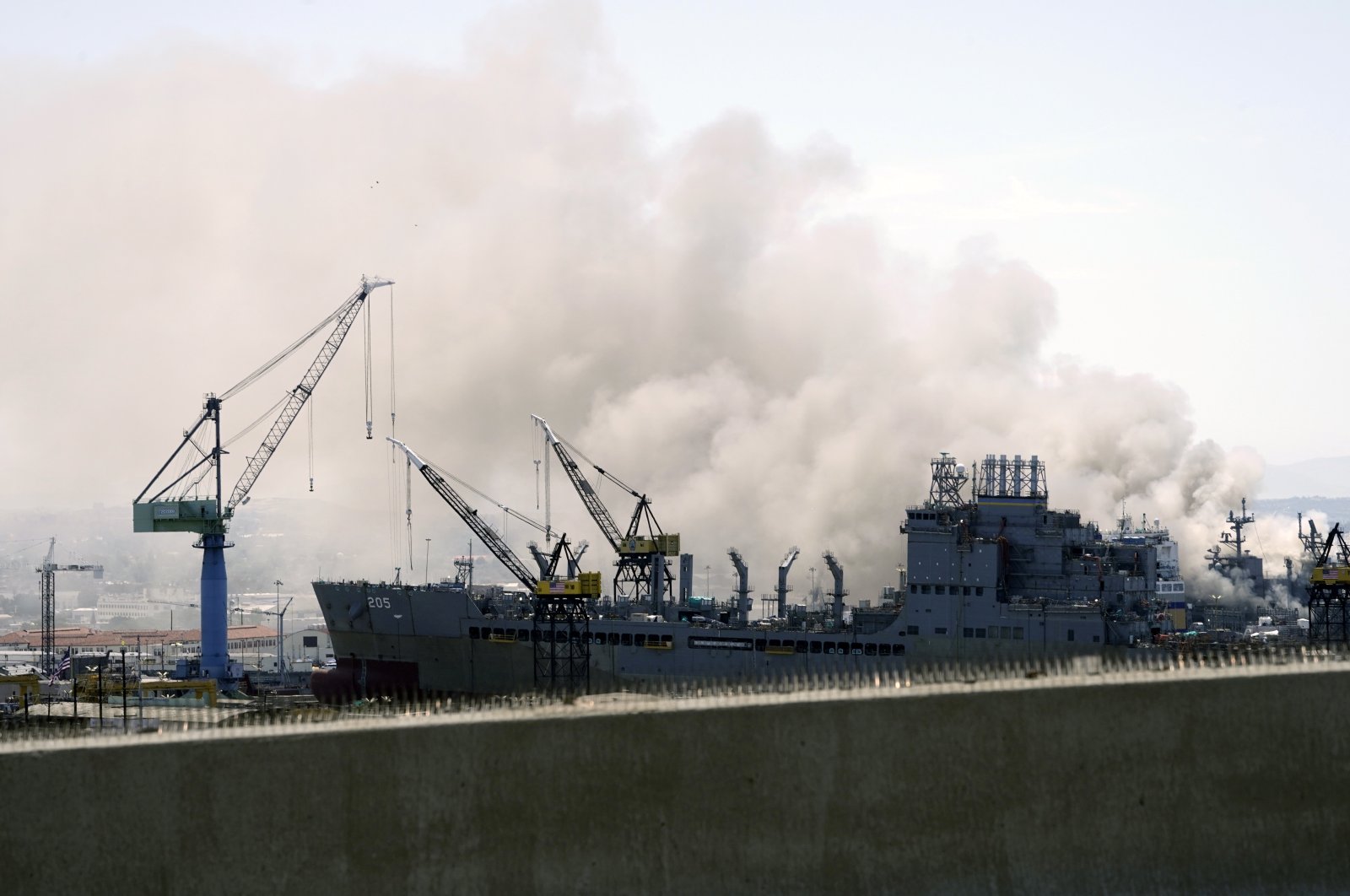 Eighteen people suffered minor injuries in an explosion and fire Sunday on board a ship at Naval Base San Diego, military officials said.

Eighteen people were hospitalized with “non-life threatening injuries,” Raney said in a brief statement. Previously officials said at least one person was treated for smoke inhalation.

The cause of the fire was under investigation. It was not immediately known where on the 840-foot (255-meter) amphibious assault vessel the blast and the fire occurred.

The flames sent up a huge plume of dark smoke visible around San Diego.

San Diego is the Bonhomme Richard's home port, and it was undergoing routine maintenance at the time of the fire.
About 160 sailors and officers were on board, Raney said – far fewer than the thousand typically on the ship when it is on active duty.
The ship has the capacity to deploy and land helicopters, smaller boats and amphibious vehicles.