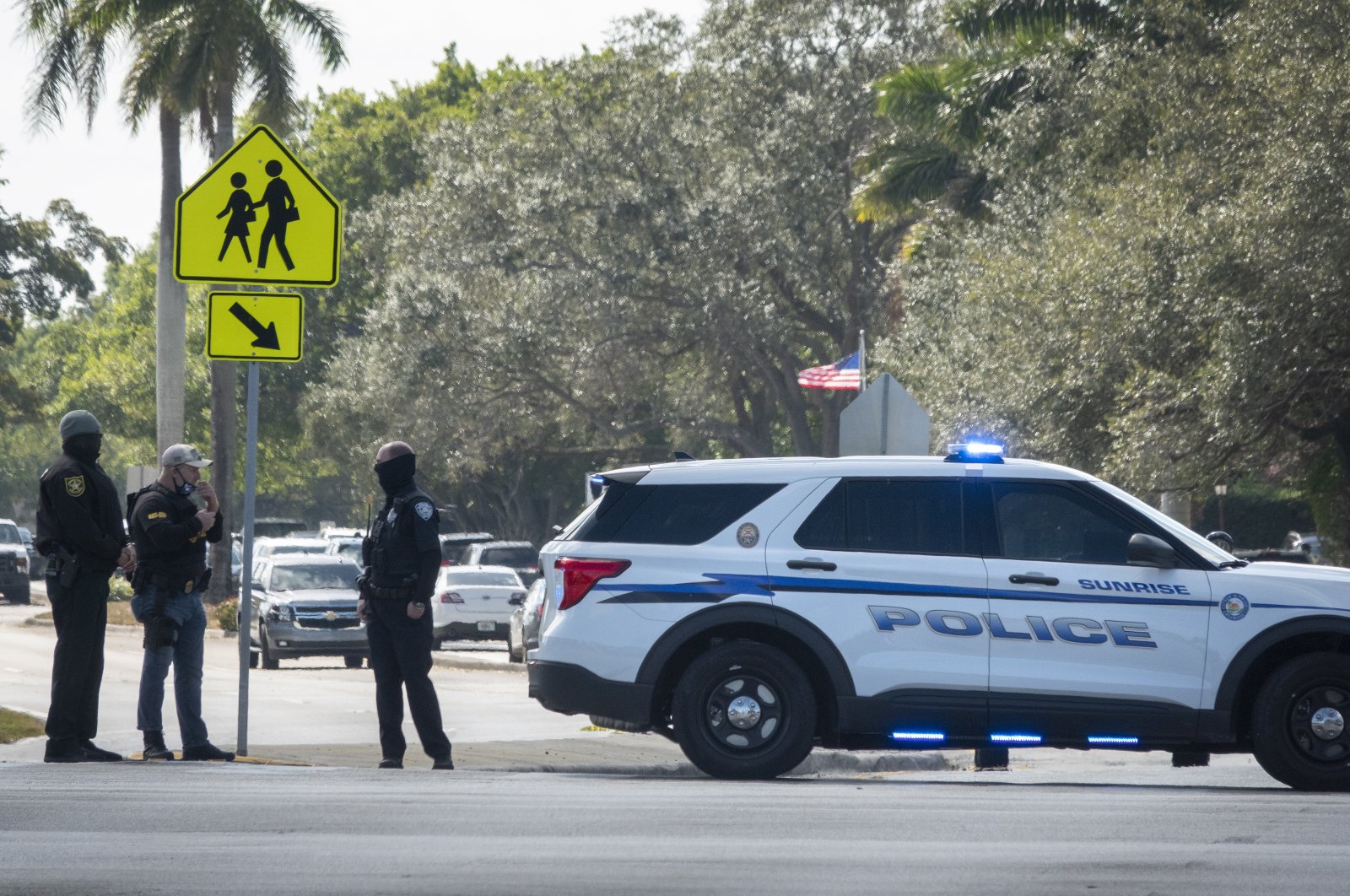 Federal and local police on the scene of a standoff which resulted in the shooting deaths of two FBI agents and injuries to several more after a search warrant was served according to reports in Sunrise, Florida, Feb. 2, 2021. (EPA Photo)
by French Press Agency - AFP Feb 02, 2021 7:24 pm

At least two FBI agents were killed and three others were injured Tuesday while executing a search warrant on a suspect in a child pornography case in Florida, the bureau said.

The suspect is also dead, the FBI said in a statement.

The FBI and media reports said the shooting took place around 6 a.m. in Sunrise, Florida when agents arrived to execute a search warrant at the suspect's home.

"Two FBI Agents are deceased and three are wounded," the FBI said.

Two of the wounded agents were taken to the hospital and are in stable condition.

A law enforcement source told the Miami Herald that the suspect had shot and killed himself after barricading himself in his home for several hours.

The newspaper said the FBI agents had been seeking to seize the suspect's computer and other evidence in a child pornography case.