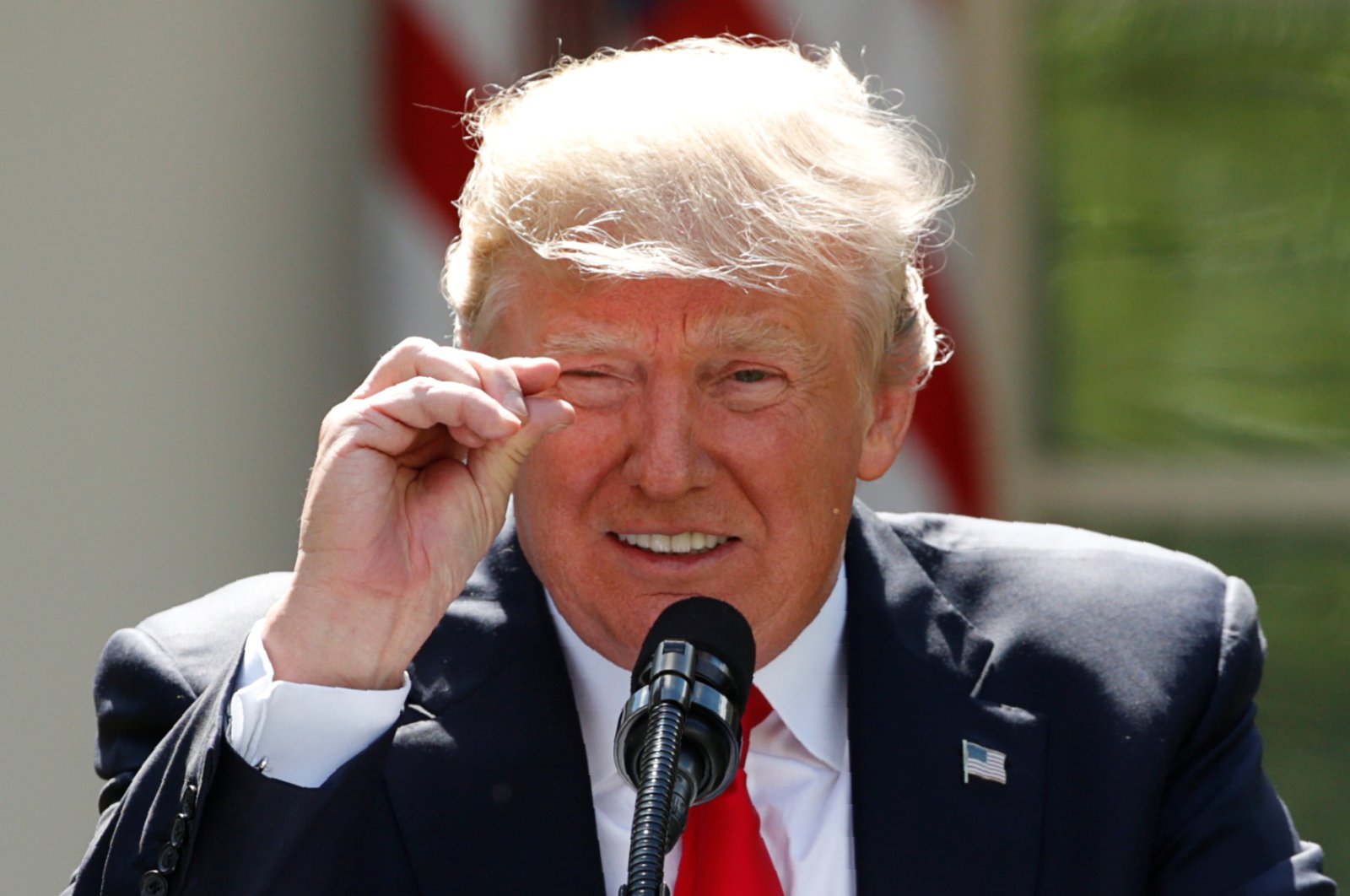 U.S. President Donald Trump refers to amounts of temperature change as he announces his decision that the United States will withdraw from the landmark Paris Climate Agreement, in the Rose Garden of the White House in Washington, U.S., June 1, 2017. (Reuters Photo)
by REUTERS Jul 15, 2020 1:06 pm
RECOMMENDED

Two out of three Americans want to see President Donald Trump's income taxes, and about half believe he has been withholding them for reasons that could hurt him politically, according to a Reuters/Ipsos public opinion poll.

The July 13-14 poll shows many Americans remain concerned about Trump's finances and potential conflicts of interest with his family business. The survey was conducted after a U.S. Supreme Court ruling over Trump’s financial records last week likely postponed their release to New York City prosecutors until after the Nov. 3 election.

Trump has refused to show the public his personal tax returns for years, bucking a decades-old tradition of financial transparency among presidential contenders. The businessman-turned-politician has routinely questioned the public's interest in his taxes and said he would not release them because they are under audit.

The poll found 66% of adults agreed that Trump "should release his tax returns from earlier years," and 68% said "Americans have a right to see each presidential candidate's financial records before the election."

When asked why the Republican president has not released the records, about half said it was because of reasons that could make it tougher for him to be re-elected.

According to the poll, 26% said they believe Trump's taxes contain "incriminating evidence against him," and 10% said Trump is "trying to hide significant financial losses." Another 16% said they thought Trump does not want to reveal them because he "does not pay taxes."

Fourteen percent said they thought Trump simply was pushing back against liberals, and 3% said Trump has not released his taxes because he is too busy dealing with the coronavirus.

Only 7% said Trump was withholding his taxes because they are being audited.

"This is an issue that was litigated before the voters in 2016 and the American people elected Donald Trump president of the United States," said Trump campaign spokesman Tim Murtaugh.

"He released more than 100 pages of financial documents in that election. It’s no secret that President Trump is a wealthy man who was successful in business before giving it up to serve the American people.”

With less than four months to go before the election, Trump trails Biden by 10 percentage points among registered voters in the latest poll.

About 40% of people polled said they approve of Trump's overall job performance, a level that has been consistent over the past year even amid the upheaval of Trump's impeachment, a deadly pandemic and a recession.

Trump's popularity is comparable with his immediate predecessor, Democrat Barack Obama, at about the same point in his presidency. Unlike Trump, Obama consistently drew higher levels of support among registered voters than his Republican opponent, Mitt Romney.

The Reuters/Ipsos poll was conducted online, in English, throughout the U.S. It gathered responses from 1,115 American adults and has a credibility interval, a measure of precision, of about 3 percentage points.