3 injured in 'intentional' explosion in Nashville 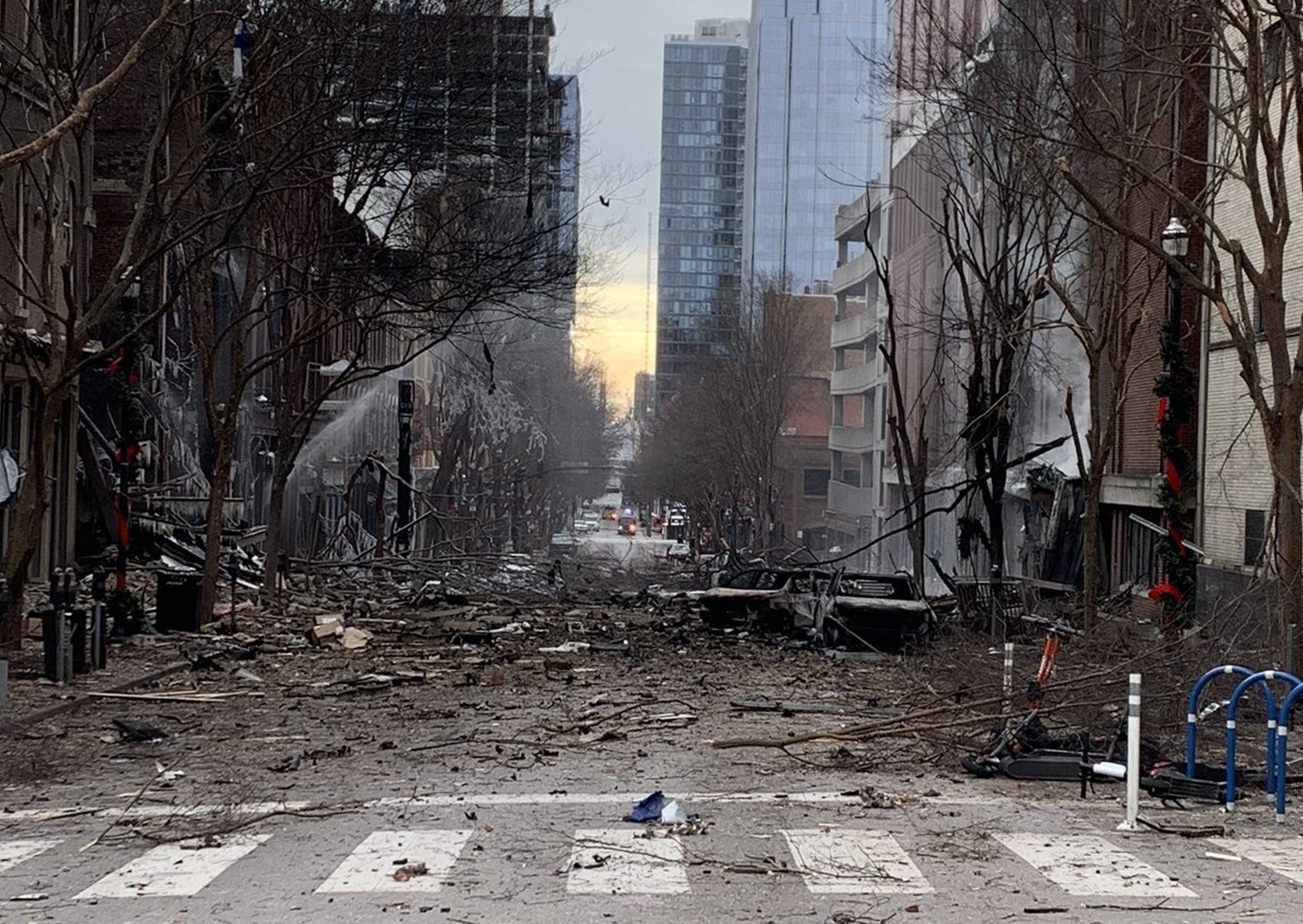 Three people were injured and hospitalized Friday, early Christmas morning, in a massive explosion in downtown Nashville in the U.S. southern state of Tennessee in what is believed to be an intentional act, according to authorities.

Police officers were responding to reports of fired shots near 2nd Ave. and Commerce Street before 6 a.m. (1230GMT) local time when they saw a suspicious vehicle outside a nearby building.

The police told local media earlier that a parked recreational vehicle had exploded and caused damage to several buildings.

"MNPD, FBI & ATF investigating the 6:30 a.m. explosion on 2nd Ave N linked to a vehicle. This appears to have been an intentional act. Law enforcement is closing downtown streets as investigation continues," MNPD said on Twitter.

It added that canine teams are doing protective sweeps in the downtown area where traffic is restricted.

The FBI is taking the lead in the investigation and it will be working in conjunction with state and local authorities, its spokesman Joel Siskovic said.