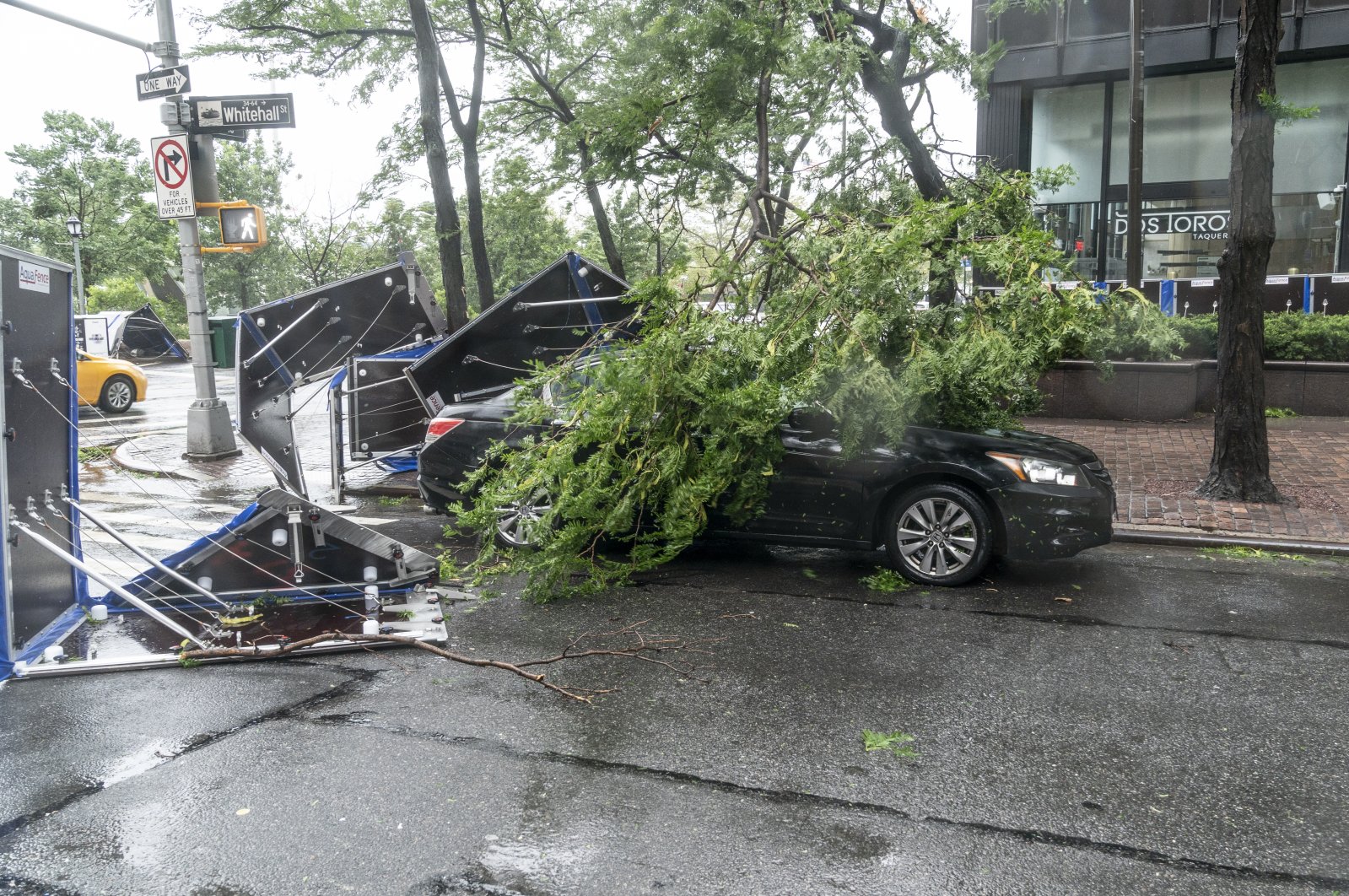 Tropical Storm Isaias killed at least four people on Tuesday as it made its way up the United States Atlantic Coast, including two deaths at a North Carolina trailer park that was struck by a tornado spun off by hurricane-force winds.

The storm knocked out power to more than 2.8 million homes and businesses from New York to North Carolina, according to electric companies.

Isaias, which was briefly a Category 1 hurricane when it made landfall in North Carolina late on Monday, reduced the mobile home park in the north of the state to rubble hours later, leaving two people dead.

"It doesn't look real. It looks like something on TV. There's nothing there," Bertie County Sheriff John Holley told local reporters. "Vehicles are turned over. Vehicles are piled on top of each other. It's just very sad."

A mother and her two children who were missing for hours after the storm ripped through the area were found safe later on Tuesday.

In Mechanicsville, North Carolina, a large tree fell on a car, killing the driver, the St. Mary's County Sheriff's Office said. The sheriff's department did not immediately identify the motorist.

Elsewhere, strong winds from the storm knocked down trees and power lines across Massachusetts, leaving more than 220,000 customers without power, CBS Boston reported.

North Carolina Governor Roy Cooper said on Twitter that as of 2:30 p.m. ET on Tuesday more than 172,000 homes remained without power, even as Isaias moved northward and skies cleared.

Cooper said he had spoken with U.S. President Donald Trump, who had pledged aid.

A man in the New York City borough of Queens became the fourth fatality when a tree crushed a car he was inside, local authorities said.

In Bear, Delaware, Tammy Trelford Campos said she was terrified to hear a tornado destroy her backyard.

"The damage is crazy. No power, almost all my trees are split or uprooted, water is coming in all windows," she said on Facebook.

New York City, much of New Jersey, all of Massachusetts and other parts of New England went under a tornado watch. New York state officials temporarily shut down coronavirus testing centers as a precaution.

As of 11 p.m. ET on Tuesday the storm was about 45 miles (70 kilometers) southeast of Montreal, Quebec, with maximum sustained winds of 45 miles per hour, according to the Miami-based U.S. National Hurricane Center.

The storm is "expected for a few more hours along portions of the New England coast," NHC said.