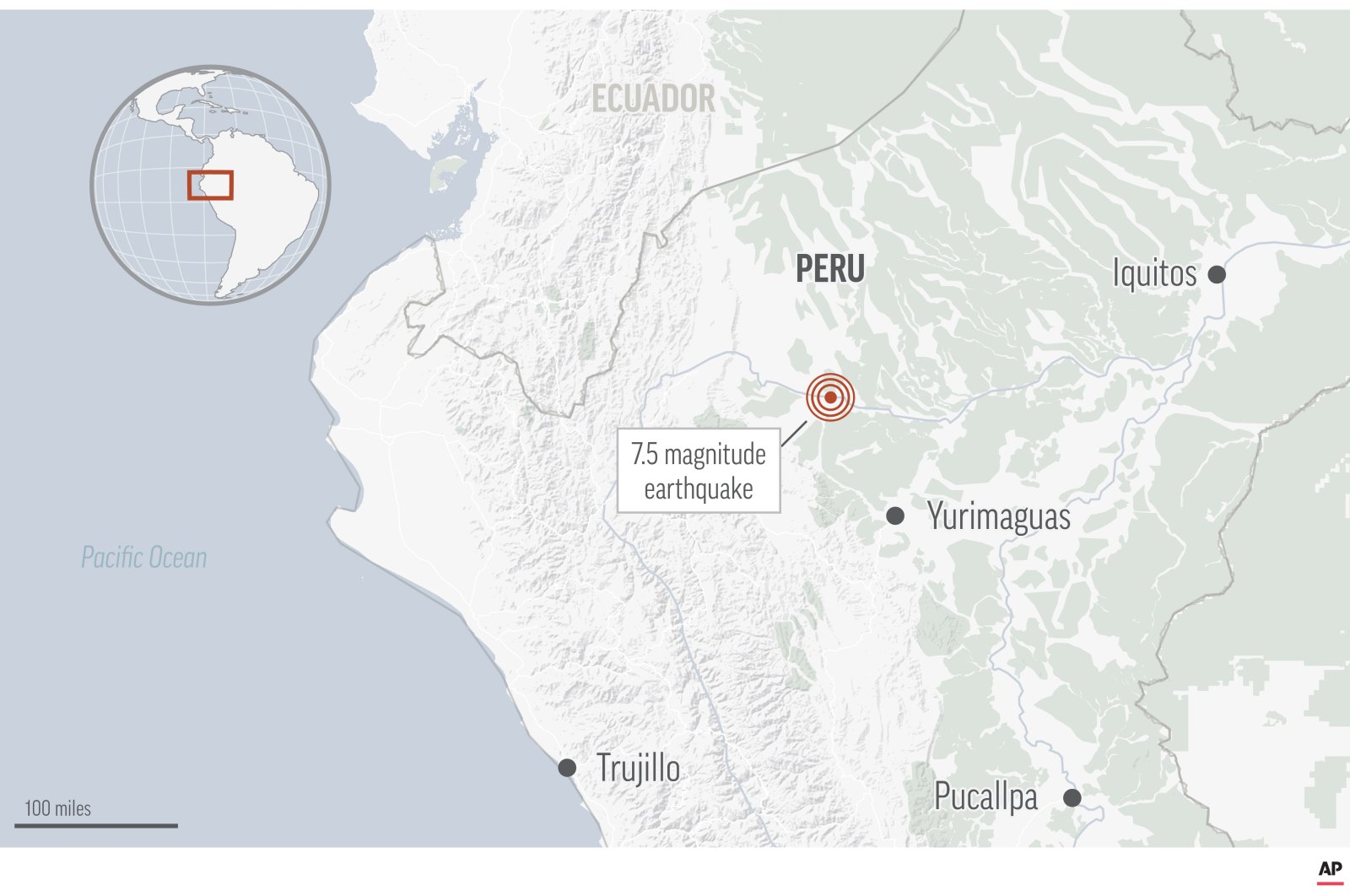 A 7.5 magnitude earthquake struck Peru at 5:52 a.m. (10:52 a.m. GMT) on Sunday, sending shock waves across the northern and central regions.

The strong quake hit at a depth of 131 kilometers (81 miles), according to the Geophysical Institute of Peru.

Its epicenter was 98 kilometers east of the town of Santa Maria de Nieva in the Peruvian Amazon – a sparsely populated area inhabited by Amazonian Indigenous people.

The deep quake affected almost half of the country, including coastal and Andean regions, and the capital Lima.

"We have all taken to the streets, we are very scared," a listener called Lucia told RPP radio from the northern town of Chota.

"It has felt very strong," another listener, who identified himself as Juan, added from the northern city of Chiclayo.

In its first report, the country's National Institute of Civil Defense said no damage has been reported so far.

The United States Geological Survey forecast some possible casualties and damage, but only localized impact.

In Lima, more than 1,000 kilometers south of the epicenter, the tremor was felt with less intensity but lasted long enough to prompt some people to take to the streets.

The Peruvian capital, with a population of 10 million, had been shaken hours before by a 5.2 magnitude earthquake.

There were no casualties after the first quake, which had its epicenter 44 kilometers west of Callao, Lima's neighboring port, according to the Geophysical Institute.

Peru is shaken by at least 400 perceptible earthquakes every year, as it is located in the so-called Pacific Ring of Fire – an area of extensive seismic activity that extends along the west coast of the American continent.

No tsunami warning was issued by the United States monitors after the quake.