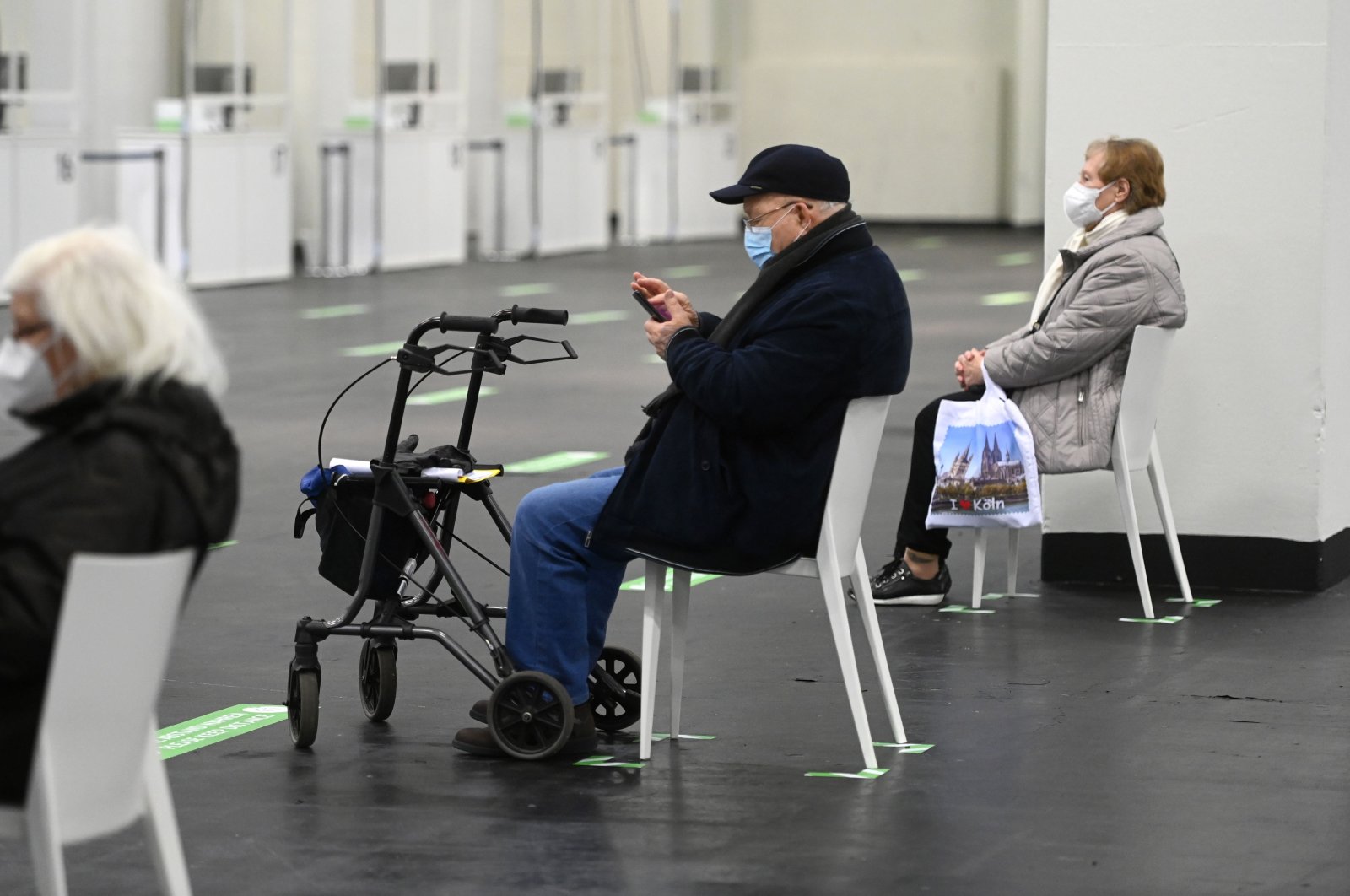 An elderly man checks a smartphone while waiting at a COVID-19 vaccination center to receive a vaccine in Cologne, western Germany, Feb. 8, 2021. (AFP Photo)
by DAILY SABAH Feb 11, 2021 11:28 am
RECOMMENDED

A California man coughed up $10,000 for two ads in the Wall Street Journal to complain about internet provider AT&T's slow speeds.

Aaron M. Epstein, 90, from North Hollywood decided to let the company's CEO know that he was unsatisfied with the speed of his internet, choosing an odd and expensive way to get his message across. While most would be reluctant to pay such a price tag to lodge a complaint, for Epstein it is a matter of principle over money.

Epstein, who has been an AT&T customer since the 1960s, argues that AT&T lags when it comes to faster internet services. The longtime customer said he was happy with the company's service for 20 years but five years ago, when streaming became widely available, the quality and speed of his internet deteriorated.

"For the last five years, as soon as they started introducing streaming like Roku and movies on TV, my internet service, although I was paying for 3.5 Mbps, sometimes was only up to 1.5 Mbps. So, watching a movie through Roku was slideshows," Epstein said, adding that he made the decision to purchase the ads after berating the company for months wanting to know when their heavily advertised fiber optics would arrive.

When the company politely informed Epstein that the updated services would not be coming to his area any time soon, Epstein decided to make one a last-ditch attempt to secure faster internet for himself and his community.

Epstein forked up $10,000 for two ads in the Wall Street Journal, one running in Dallas where AT&T is headquartered and the second circulating in Manhattan. Epstein confessed that he hoped his ads would reach Wall Street investors who would force AT&T to deal with the problem.

"So, I put the ad in the paper and believe me, it’s money well spent," Epstein said, smiling.

Epstein said he received mixed reactions when his ads went live, with some calling him crazy and others understanding his frustration.

"The one response I got the most kick out of was in the Jewish Daily Forward; referred to me as a 90-year-old ‘kvetch,’ which I don’t know if you know your Yiddish but ‘kvetch’ means crank," Epstein said, adding that he doesn’t really mind what people think of him, as long the job gets done.