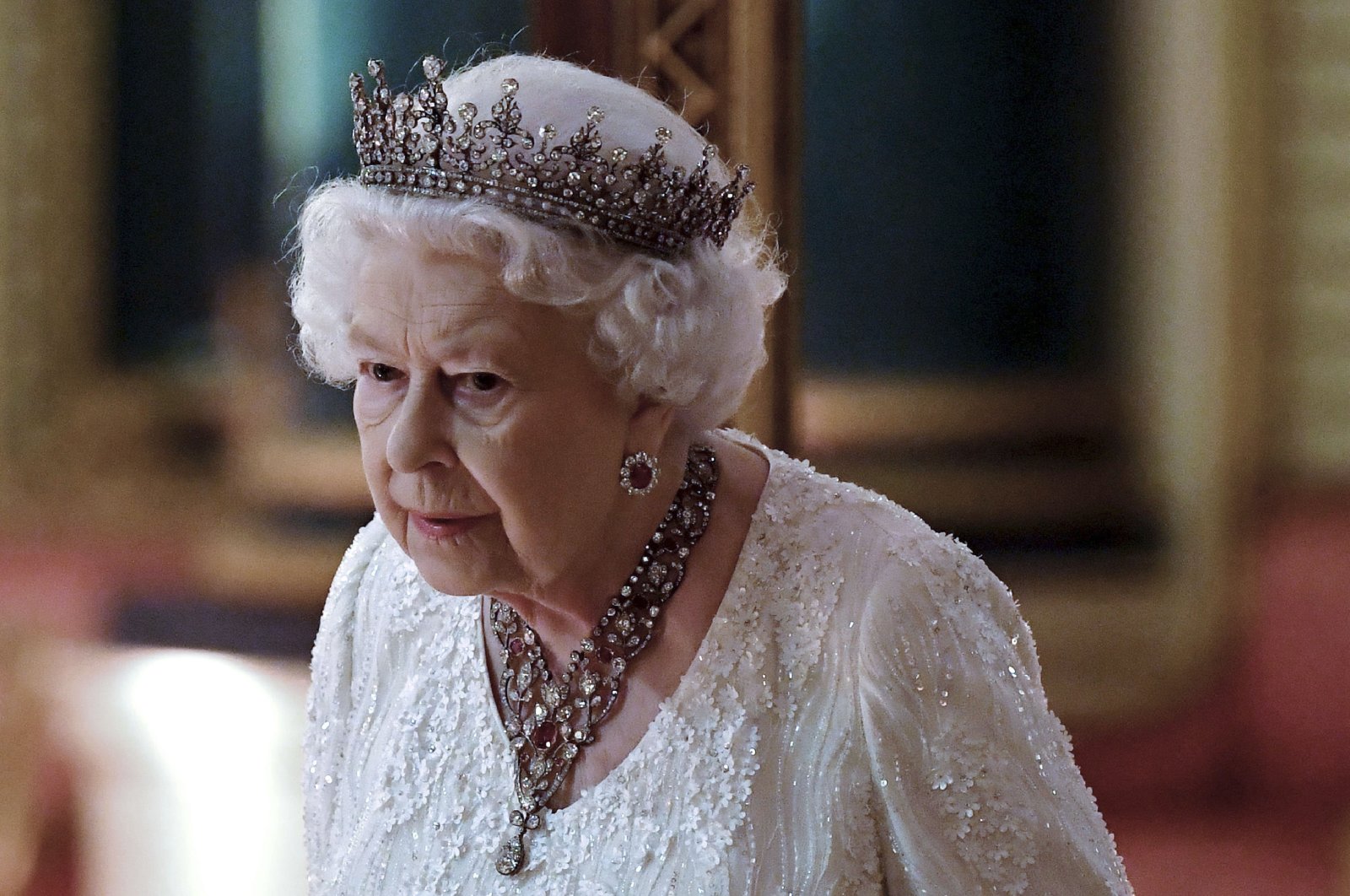 In this file photo, Britain's Queen Elizabeth II arrives at the picture gallery for the Queen's Dinner during the Commonwealth Heads of Government Meeting (CHOGM), at Buckingham Palace, London, April 19, 2018. (AFP Photo)
by REUTERS Sep 16, 2020 11:22 am
RECOMMENDED

Barbados wants to remove Britain's Queen Elizabeth as its head of state and become a republic, the Caribbean island nation's government said, reviving a plan mooted several times in the past.

A former British colony that gained independence in 1966, Barbados has maintained a formal link with the British monarchy as have some other countries that were once part of the British empire.

"The time has come to fully leave our colonial past behind," said Barbados Governor-General Sandra Mason, delivering a speech on behalf of the country's prime minister, Mia Mottley.

"Barbadians want a Barbadian head of state. This is the ultimate statement of confidence in who we are and what we are capable of achieving. Hence, Barbados will take the next logical step toward full sovereignty and become a republic by the time we celebrate our 55th anniversary of independence."

That anniversary will be in November next year.

Buckingham Palace said the issue was a matter for the people of Barbados. Britain's Foreign Office said the decision was one for Barbados to make.

As things stand, the governor-general of Barbados is appointed by the queen on the advice of the island's prime minister. The governor-general represents the queen at formal events such as the state opening of parliament, which was the occasion at which Mason delivered the speech on Tuesday.

Britain has played a key role in the history of Barbados, which was transformed by the Atlantic slave trade. The island was claimed for England in 1625 when Captain Henry Powell landed there.

It was quickly settled and stayed in British hands over the centuries, unlike other Caribbean islands that were fought over by the Spanish, British, Dutch, French and Americans. The introduction of African slaves to work the sugar plantations fields brought fabulous wealth for the white ruling class.

Today's population of under 300,000 is overwhelmingly of African descent. Some cultural links to Britain are still evident: Towns have names like Hastings and streets like Liverpool Lane, while the sport of cricket is very popular. Britain is also home to a large community of people of Barbadian descent.