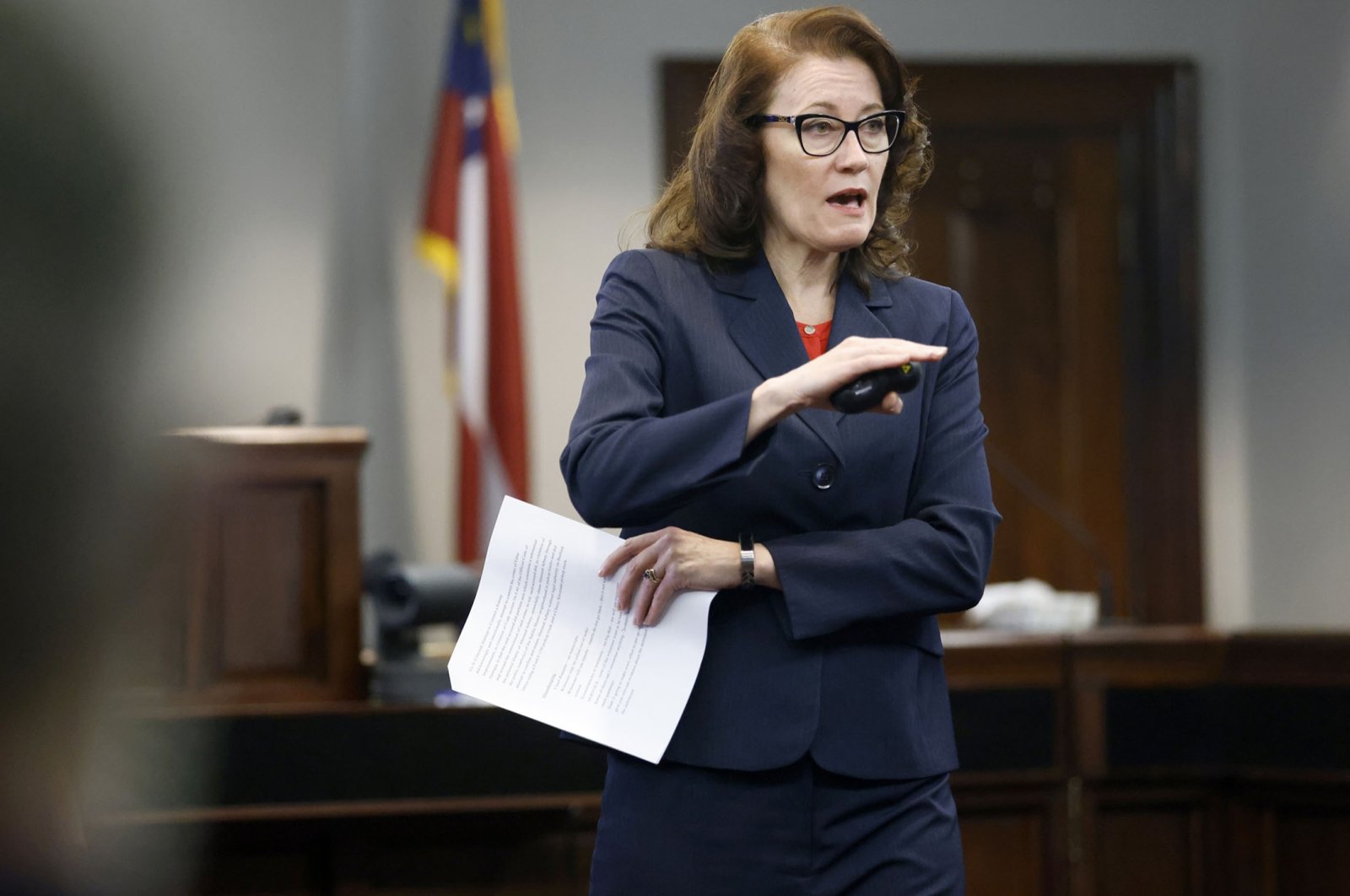 Three white men charged with the murder of Ahmaud Arbery made a series of impulsive "driveway decisions," all based on assumptions, as they chased Arbery in pickup trucks for five minutes – where one of them tried to hit him repeatedly with his truck and one threatened to shoot him – while they cut off the jogger's escape from a mostly white neighborhood in southern Georgia and ultimately killed the 25-year-old black man with a shotgun, a prosecutor told a trial jury Friday at the opening of the high-profile case.

Gregory McMichael, 65, his son Travis McMichael, 35, and neighbor William "Roddie" Bryan, 52, have pleaded not guilty to charges of murder, aggravated assault and false imprisonment for shooting Arbery dead in February 2020. They said they thought Arbery might have been fleeing a crime and were trying to detain him.

Bryan tried to hit Arbery four times with his truck as he attempted to force him off the road into a ditch in a suburb just outside the coastal city of Brunswick, prosecutor Linda Dunikoski said in her opening statement.

At one point, Bryan got so close that they found Arbery's handprint and fibers from his white T-shirt on the truck, she told the court. Dunikoski repeatedly called the truck a "five-thousand-pound lethal weapon" used to assault Arbery.

"Ladies and gentleman, at this point in time, Mr. Arbery is under attack by all three of these men," she said.

Dunikoski said the defendants had wrongly assumed the worst about Arbery, thinking he was fleeing from a crime.

"A very wise person once said, 'Don't assume the worst of another person's intentions," she said.

The men's defense lawyers saying they were justified in trying to detain Arbery under a citizen's arrest law that was codified during the Civil War. That law was later repealed amid outrage over the killing, which spurred nationwide protests after cellphone video emerged more than two months later.

"All three of these defendants did everything they did based on assumptions," Dunikoski said as she showed videos of Arbery's final minutes. "They made decisions in their driveways based on those assumptions that took a young man's life, and that is why we are here."

She told the mostly white jury in Glynn County Superior Court they would see Arbery's Nike running shoes, their tread almost entirely worn away because he was such an avid runner.

A few minutes before he was killed, he was running "really fast" past the McMichaels' house, where the elder McMichael was out in his driveway fixing cushions for his boat, Dunikoski said.

McMichael ran inside his house to get his handgun while hailing his son, who grabbed his 12-gauge shotgun. The two got in a pickup truck and began chasing Arbery, trying to ask him what he was running from.

"I assumed something was up," Travis McMichael later told police when explaining why he chased Arbery, Dunikoski told the jury.

Bryan soon saw the chase from his own driveway and got in his own pickup truck to join in.

Dunikoski said the defendants had deadly intent, pointing to something the elder McMichael told police he shouted at Arbery: "Stop or I'll blow your f--- head off!" He also told police they had trapped Arbery "like a rat."

Arbery's father left the courtroom before Bryan's cellphone video of the shooting was played, which shows the younger McMichael pointing his shotgun at Arbery, who runs toward it before the fatal shots are fired. Arbery's mother sobbed into a man's shoulder in the courtroom gallery.