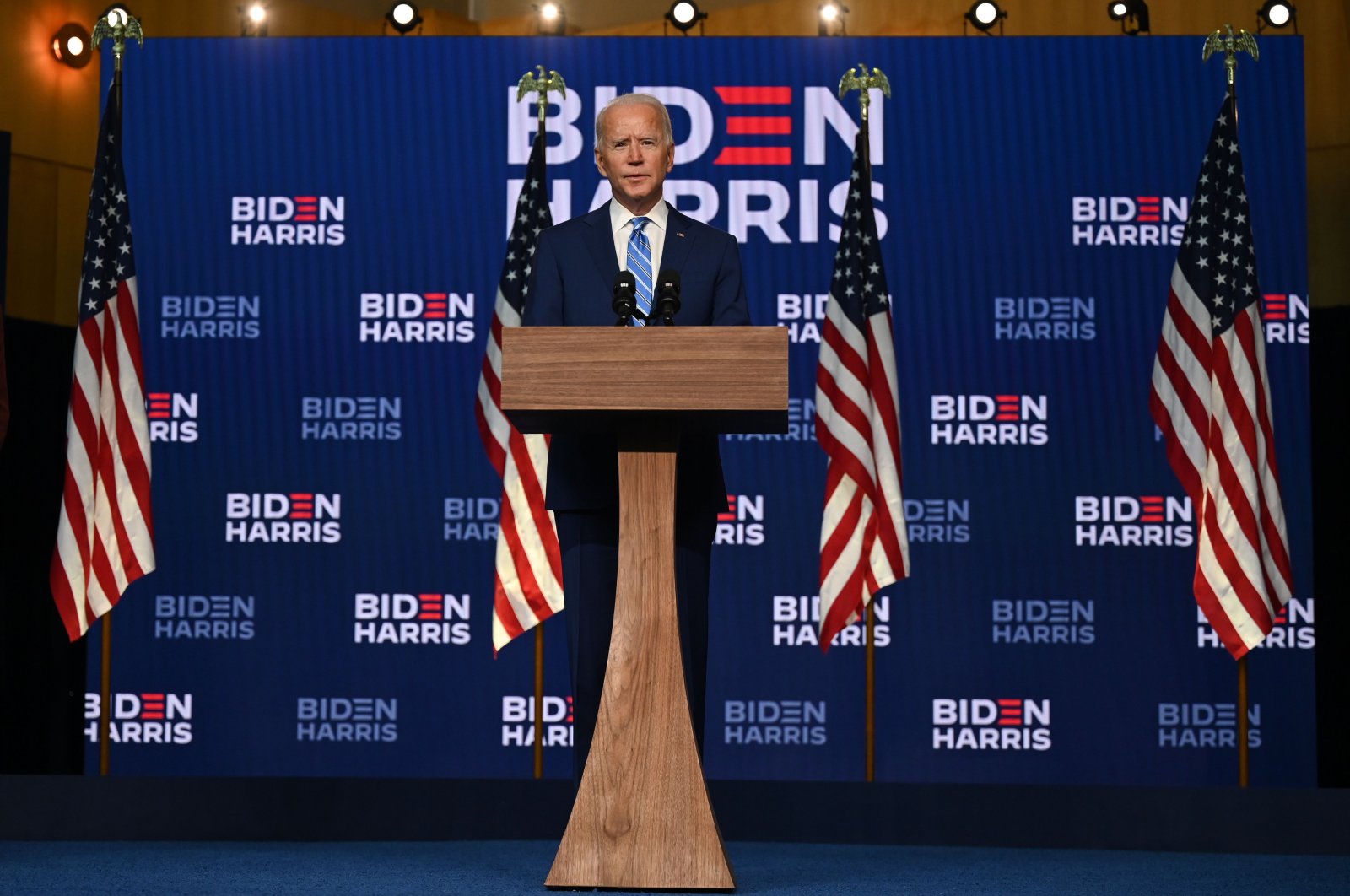 The fate of the United States presidency hung in the balance Wednesday as Democratic challenger Joe Biden picked up key wins in Wisconsin and Michigan while fighting President Donald Trump in other battleground states that could prove crucial in determining who wins the White House.

Biden now has 264 Electoral College votes, putting him just six votes from the 270 needed for victory, while Trump has 214 but holds leads in other states that are still too close to call.

Biden is believed to have secured victory in Arizona, flipping the state that has reliably voted Republican in recent elections and giving him a crucial 11 electoral votes.

Trump’s campaign had hoped to win in New Hampshire, a state Trump lost in 2016 by less than half a percentage point, as the president faces a more difficult path than his challenger to secure the needed 270 Electoral College votes.

Biden said Wednesday he expects to win the election, saying he believes it is clear his campaign is winning enough states to win the presidency.

"After a long night of counting, it's clear that we're winning enough states to reach 270 electoral votes needed to win the presidency," Biden said.

"I'm not here to declare that we've won, but I am here to report that when the count is finished, we believe we will be the winners," he told reporters at a news conference in Wilmington, Delaware. He has been watching the returns come in with family from his home there.

It was unclear when or how quickly a winner will be determined. Biden’s campaign manager expressed confidence in an eventual win for Democrats during a call with reporters earlier Wednesday, pointing to their projections of the outcome in Nevada, Wisconsin, Michigan and Pennsylvania.

The margins were exceedingly tight in states across the country, with the candidates trading wins in battlegrounds.

The Trump campaign filed a lawsuit Wednesday in a Michigan state court demanding access to locations where ballots are being counted.

The campaign said it is calling for a temporary halt in the counting until it is given “meaningful access” in numerous locations and allowed to review ballots that already have been opened and processed.

Biden, briefly appearing in front of supporters in Delaware, urged patience, saying the election "ain’t over until every vote is counted, every ballot is counted.”

“It’s not my place or Donald Trump’s place to declare who’s won this election,” Biden said. “That’s the decision of the American people.”

Vote tabulations routinely continue beyond Election Day, and states largely set the rules for when the count has to end. In presidential elections, a key point is the date in December when presidential electors met. That’s set by federal law.

Several states allow mailed-in votes to be accepted after Election Day, as long as they were postmarked by Tuesday. That includes Pennsylvania, where ballots postmarked by Nov. 3 can be accepted if they arrive up to three days after the election.

Democrats typically outperform Republicans in mail voting, while the GOP looks to make up ground in Election Day turnout. That means the early margins between the candidates could be influenced by which type of votes – early or Election Day – were being reported by the states.

Trump kept several states, including Texas, Iowa and Ohio, where Biden had made a strong play in the final stages of the campaign. But Biden picked off states where Trump sought to compete, including New Hampshire and Minnesota. But Florida was the biggest, fiercely contested battleground on the map, with both campaigns battling over the 29 Electoral College votes that went to Trump.

Democrats entered the night confident not only in Biden’s prospects, but also in the party’s chances of taking control of the Senate. But the GOP held several seats that were considered vulnerable, including in Iowa, Texas and Kansas. Disappointed Democrats lost House seats but were expected to retain control there.

The momentum from early voting carried into Election Day, as an energized electorate produced long lines at polling sites throughout the country. Turnout was higher than in 2016 in numerous counties, including all of Florida, nearly every county in North Carolina and more than 100 counties in both Georgia and Texas. That tally seemed sure to increase as more counties reported their turnout figures.

This year, Election Day comes in the thick of the U.S.' worsening coronavirus pandemic. A record-setting number of voters have cast ballots early by mail or in-person at polling stations in a bid to avoid the crowded indoor spaces in which the virus thrives.

Some states, including Texas, Washington, Oregon, Montana and Colorado, saw more people vote early than the entire turnout in 2016, according to the U.S. Elections Project.

In all, more than 101 million people cast ballots before Election Day.