Biden, Trump score wins, but battlegrounds too early to call 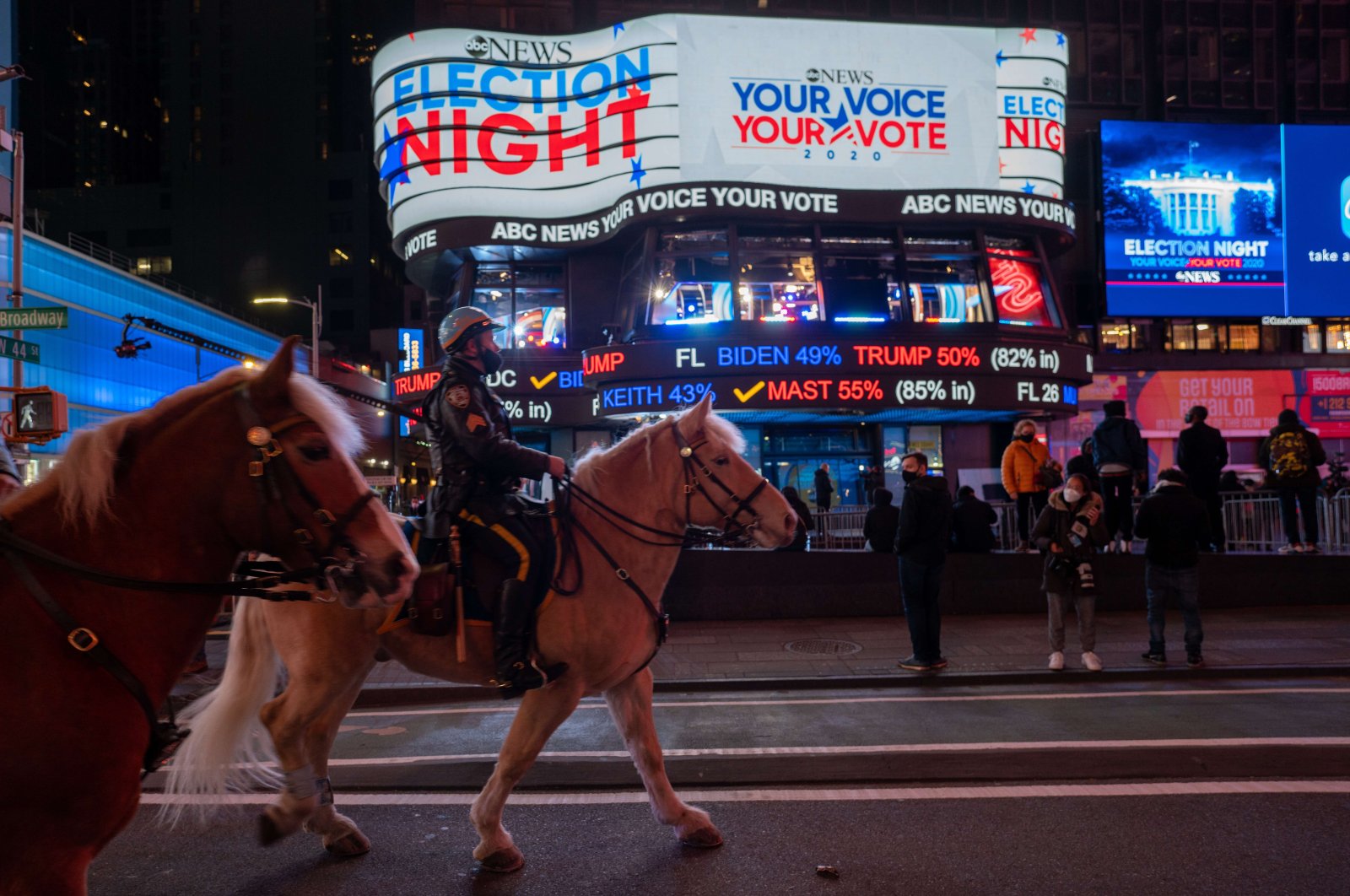 Polls closed across the country Tuesday night as President Donald Trump and Democratic challenger Joe Biden concluded an epic campaign that will shape America's response to the surging pandemic and foundational questions of economic fairness and racial justice.

The night opened with predictable victories for each candidate, with Trump taking states including Louisiana and North Dakota and Biden's haul including New York and Virginia a former battleground that has become a Democratic stronghold. It was too early to call, in a tight race, the 2020 battleground of Florida as well as Georgia and Pennsylvania.

Americans made their choices as the nation faced a confluence of historic crises with each candidate declaring the other fundamentally unfit to navigate the challenges. Daily life has been upended by the coronavirus, which has killed more than 232,000 Americans and cost millions of jobs.

Millions of voters put aside worries about the virus — and some long lines — to turn out in person, joining 102 million fellow Americans who voted days or weeks earlier, a record number that represented 73% of the total vote in the 2016 presidential election.

Biden entered Election Day with multiple paths to victory, while Trump, playing catch-up in a number of battleground states, had a narrower but still feasible road to clinch 270 Electoral College votes.

Control of the Senate was at stake, too: Democrats needed to net three seats if Biden captured the White House to gain control of all of Washington for the first time in a decade. Senate Majority Leader Mitch McConnell of Kentucky won reelection in an early victory for the Republicans. The House was expected to remain under Democratic control.

As the results began to come in, the nation braced for what was to come — and an outcome that might not be known for days.

A new anti-scaling fence was erected around the White House, and in downtowns from New York to Denver to Minneapolis, workers boarded up businesses lest the vote lead to unrest.

With the worst public health crisis in a century still fiercely present, the pandemic — and Trump’s handling of it — was the inescapable focus for 2020.

For Trump, the election stood as a judgment on his four years in office, a term in which he bent Washington to his will, challenged faith in its institutions and changed how America was viewed across the globe. Rarely trying to unite a country divided along lines of race and class, he has often acted as an insurgent against the government he led while undermining the nation’s scientists, bureaucracy and media.

At the White House Tuesday night, more than 100 family members, friends, donors and staff were set to watch returns from the East Room. Trump was watching votes come in upstairs in the residence with a few close aides. Most top campaign officials were monitoring returns from a “war room” set up in the Eisenhower Executive Office Building.

Biden spent the day last-minute campaigning in Scranton, Pennsylvania, where he was born, and in Philadelphia with a couple of local stops in Wilmington, Delaware, where he was spending Election Night.

The president began his day on an upbeat note, predicting that he’d do even better than in 2016. But during a midday visit to his campaign headquarters, he spoke in a gravelly, subdued tone.

“Winning is easy,” Trump told reporters. “Losing is never easy, not for me it’s not.”

Trump left open the possibility of addressing the nation Tuesday night, even if a winner hadn't been determined. Biden was also scheduled to give a nighttime speech from Wilmington.

“I’m superstitious about predicting what an outcome’s gonna be until it happens ... but I’m hopeful," said Biden. “It’s just so uncertain ... you can’t think of an election in the recent past where so many states were up for grabs.”

With the coronavirus now surging anew, voters ranked the pandemic and the economy as top concerns in the race between Trump and Biden, according to AP VoteCast, a national survey of the electorate.

The survey found that Trump’s leadership loomed large in voters’ decision-making. Nearly two-thirds of voters said their vote was about Trump — either for him or against him.

The momentum from early voting carried into Election Day, as an energized electorate produced long lines at polling sites throughout the country. Voters braved worries of the coronavirus, threats of polling place intimidation and expectations of long lines caused by changes to voting systems, but appeared undeterred as turnout appeared it would easily surpass the 139 million ballots cast four years ago.

The record-setting early vote — and legal skirmishing over how it would be counted — drew unsupported allegations of fraud from Trump, who had repeatedly refused to guarantee he would honor the election’s result.